France saw a drop in the number of cars set alight this New Year's Eve due to the COVID pandemic. There were 874 cars burned at the end of 2021 compared to 1,316 on New Year's Eve 2019, the Interior Ministry said. 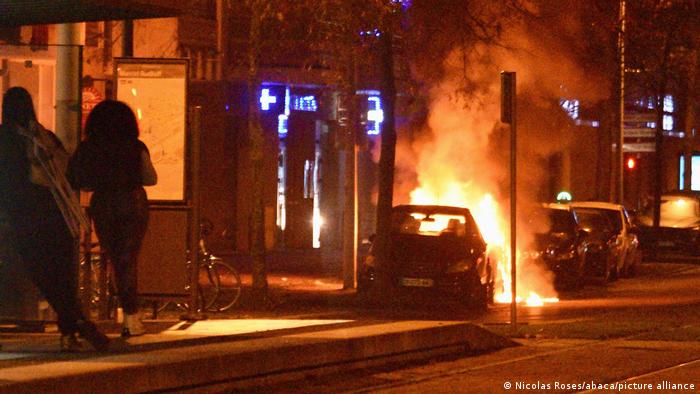 Only 874 cars were set ablaze in France on New Year's Eve this year, authorities said on Saturday, in a decline attributed to the coronavirus pandemic.

Authorities are attributing the decline to a beefed-up police presence of 95,000 officers in the capital Paris and across the country on New Year's Eve, as well as restrictions on public gathering due to the omicron surge.

Last year, France's coronavirus lockdown meant there were no statistics available for 2020.

The French practice of setting cars on fire at the start of the new year dates back to the 1990s in the region around Strasbourg in the eastern part of the country.

Youths in primarily lower-income neighborhoods began the practice in earnest in the 90s, where it then spread as a sign of protests. 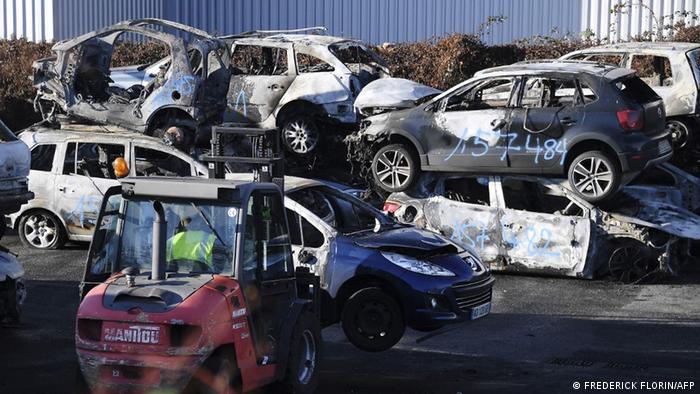 City employees in Strasbourg stack the remains of burned-out cars on January 1, 2022

During protests in housing projects across France in the fall of 2005, police said nearly 9,000 vehicles were torched during political unrest.

A variety of reasons are given for car burnings in France, from rebellious youths, to a desire to cover up criminal acts, as well as false insurance claims.