French prosecutor Francois Molins has launched an investigation into 14 French soldiers accused of raping children in the Central African Republic. The Defense Ministry reportedly knew about the case in July 2014. 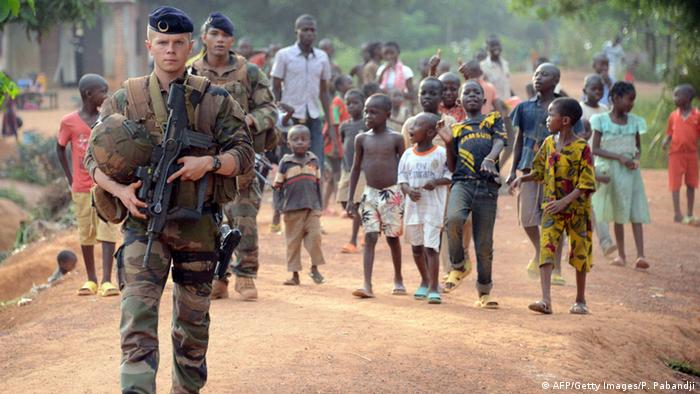 Fourteen French soldiers, who were serving as peacekeepers in the conflict-torn Central African Republic, have been placed under investigation following testimonies by six children between the ages of nine and 13, accusing them of child abuse and rape between December 2013 and June 2014.

French prosecutor Francois Molins said a judicial investigation was launched Thursday after receiving a survey from the editor of the UN report. The prosecutor added that the case was opened "against unnamed persons for carrying out the rape of minors" and "abusing the authority conferred by their functions."

"The investigation will now continue under the authority of investigating magistrates in order to reach the truth of the reported facts," Molins' statement said.

While an initial investigation was reportedly launched by France's Defense Ministry in July 2014 after receiving the internal UN report detailing the incidences, the story only became public after UK newspaper "The Guardian" broke the news in April.

The senior UN official who leaked the report was suspended for "breach of protocol." The UN has been criticized for attempting to cover up the sexual abuse.

The French soldiers were stationed at Bangui's M'poko airport, which was transformed into a massive refugee camp due to the conflict.

CAR 'not brought into' investigations

A day before the French prosecutor's announcement, the Central African Republic (CAR) government said it would launch its own investigation into the allegations.

"We regret the fact we were not brought into these investigations despite the cooperation agreements we have with France," CAR's Justice Minister Aristide Sokambi said Wednesday, AFP news agency reported.

The conflict between Muslim rebels and Christian vigilantes has left thousands dead and nearly 900,000 displaced in the central African country.

Hollande: 'no mercy' for French troops if found guilty of child rapes

President Francois Hollande has vowed to "show no mercy" if French soldiers in the Central African Republic are found guilty of sexually assaulting children in exchange for food. The accusations follow a UN report. (30.04.2015)