French President Emmanuel Macron's centrist alliance has lost its parliamentary majority, on the back of record results for the far left in second place and the far right in third. 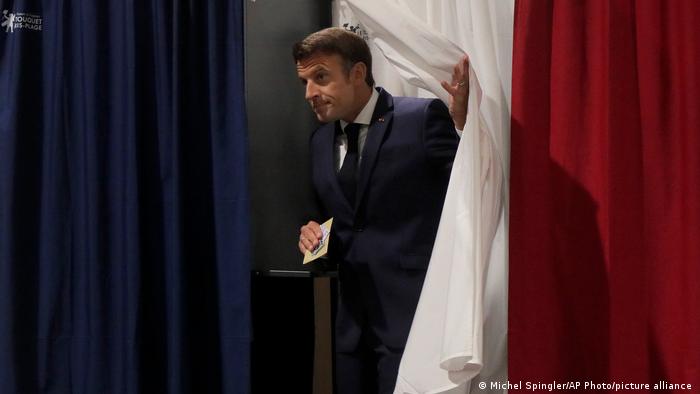 French President Emmanuel Macron's centrist alliance has fallen short of an absolute majority in the second round of France's parliamentary election, according to preliminary official results.

Provisional results showed that Macron's Ensemble (ENS) alliance won 245 of the 577 seats in the National Assembly, the Ministry of the Interior announced early on Monday morning after vote counting ended.

An absolute majority would require 289 seats.

Melenchon hailed the result as "above all an electoral failure" for the president.

Macron's ability to pursue further economic reforms would hinge on his ability to rally moderates outside of his alliance behind his legislative agenda.

A hung parliament would open up a period of political uncertainty that would require a degree of power-sharing among parties not experienced in France since the 1988-1991 presidency of Francois Mitterand.

Alternatively, it would result in political paralysis and even possibly repeat elections.

In April, Macron defeated far-right candidate Marine Le Pen to be the first French president to win a second term since Jacques Chirac in 2001. 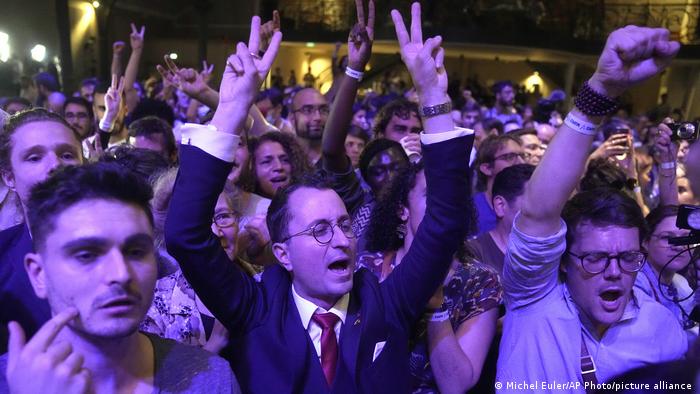 Le Pen's National Rally (NR) party, which had just eight seats in the outgoing parliament, saw its biggest parliamentary success in decades, winning 89 seats and becoming the third power in the legislature, according to the preliminary results.

Macron presides over a deeply disenchanted and divided country where support for populist parties on the right and left has surged due to the cost of living crisis among other issues.

Macron's political allies cast Melenchon as a "sinister agitator" who would wreck the country.

The results are "far from what we hoped", Budget Minister Gabriel Attal said on the TF1 channel, while Justice Minister Eric Dupond-Moretti told BFM television: "We're in first place but it's a first place that is obviously disappointing."

Prime Minister Elisabeth Borne, who won a seat in Western France, said that her government would get to work from Monday to reach out to potential partners in order to rally a majority behind it.

"I have trust in all of us and in our sense of responsibility," said Borne, telling voters: "We want to continue to protect you and ensure your security."

Finance Minister Bruno Le Maire told France 2 television that the projected result was a "democratic shock," but said that fears the country could become ungovernable were unfounded.

Le Maire noted that Macron's camp would still have the biggest numbers in parliament, and added it was vital to connect with political rivals who shared Macron's ideas.

Le Pen, meanwhile, said the results are a boost for her party.

"The people have spoken and sent a strong group from the National Rally to the National Assembly," she said, saying her goal would be to block Macron's agenda.

Richard Ferrand, the head of the National Assembly and a close Macron ally and former Interior Minister Christophe Castaner — another senior figure who had shaped the president's first term — also lost their seats to NUPES candidates.

Macron's party changed its name from La Republique on Marche! to Renaissance shortly before the election. The Ensemble (Together) coalition brought together his party and several other centrist parties.

Emmanuel Macron's alliance is in a tight race with the new left-wing union NUPES according to initial projections. Marcon's centrist allies are in danger of falling short of an absolute majority.