Local French authorities reported that two buildings have collapsed in the port city of Marseille. At least two people were injured, with pictures showing several fire crews at the scene. 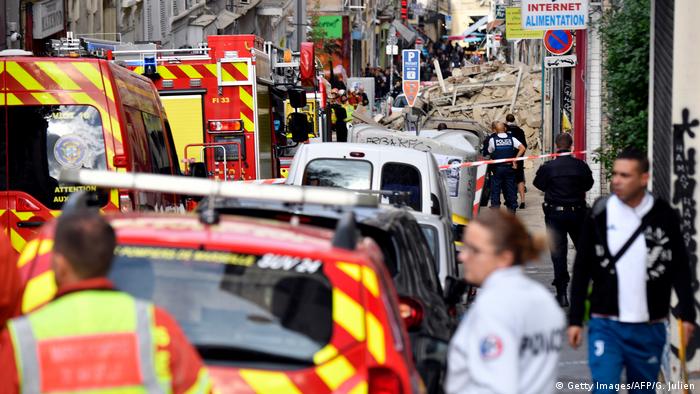 The collapse, which spewed clouds of dust into the air, occurred on a street close to the city's famous Old Port. Fire services said that two people were "lightly injured" but that they have been treated.

Local fire services said on Twitter that some 40 firefighters were on the scene, adding that rescuers are currently combing the rubble with sniffer dogs looking for people who may be trapped.

The regional prefecture posted pictures on Twitter showing a pile of rubble and beams as well as thick dust covering cars on the street. It initially reported that one building had collapsed and warned locals to stay clear of the area.

Sabine Bernasconi, the mayor of the district of Marseille in which the collapse occurred, said that one of the buildings was in poor condition and under an evacuation order, but she couldn't rule out that squatters might have been living in it.

The buildings reportedly had large visible cracks in their facades prior to their collapse.

Authorities evacuated several dozen residents living in neighboring buildings as a precaution, since many of the buildings in that area lean against one another, police spokesman Philippe Bianchi told news agency AFP.