Europe's second-biggest economy has hit troubled waters. Paris has now come up with measures to cut its deficit, after France's super-wealthy offered to take on their share of the burden by paying higher taxes. 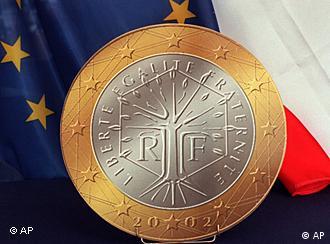 France is expected to announce spending cuts and tax hikes

The decision comes after some of the country's richest people urged Paris to tax them more in order to help solve the country's financial problems.

Both the billionaire heiress of L'Oreal, Liliane Bettencourt, and the head of Total oil were among 16 business executives and super-rich individuals to publish a petition to the French government calling for a "special contribution" that would target the very wealthy.

The package unveiled by French Prime Minister Francois Fillon includes cuts of a billion euros this year, and 11 billion the next, with taxes raised on the rich and tax loopholes closed.

As part of the measures, described by Fillon as "rigorous" an additional tax of three percent is to be added to annual incomes above 500,000 euros. 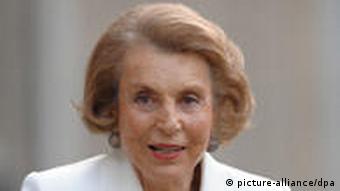 "Our country must stick to its commitments. It's in the interests of all French people," said Fillon.

Business executives published their petition calling for the rich to make a bigger contribution on Tuesday, on the website of weekly magazine Le Nouvel Observateur. It followed a call by American billionaire Warren Buffett for US authorities to raise taxes for himself and other ultra-wealthy earners.

President Sarkozy ordered the savings measures two weeks ago amid rumors that the country would lose its top-notch, triple-A credit rating - rumors that caused French bank stocks to plummet.

The need for new austerity measures arose as France's economic growth stalled for the second quarter of the year, after a robust 0.9 percent growth during the first three months of 2011.

The country aims to cut its public deficit to 5.7 percent this year and reach the European Union's theoretical maximum of 3 percent in 2013. Sarkozy, meanwhile, is targeting his low popularity ratings, currently 33 percent, ahead of national elections next year.

As France battles speculation it may be the next country to lose its AAA credit rating, President Nicolas Sarkozy orders his ministers to come up with new ways of reducing the national deficit. (10.08.2011)