Fourth suspect arrested in neo-Nazi murders | Germany | News and in-depth reporting from Berlin and beyond | DW | 29.11.2011

Another suspect has been arrested in the eastern German city of Jena in connection with a series of murders linked to neo-Nazis. The 36-year-old is accused of being an accessory to murder and of attempted murder. 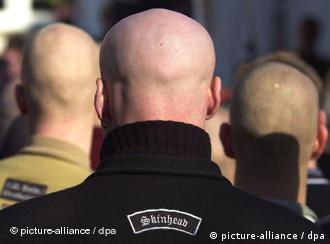 The neo-Nazi-linked murders have shocked Germany

German prosecutors said Tuesday that a fourth suspect has been arrested in the ongoing investigation into a string of murders linked to a recently uncovered neo-Nazi cell. Ralf W. is accused of being an accessory to murder on six counts and of attempted murder.

Prosecutors believe the 36-year-old German helped provide the group with money and weapons, allowing the cell to live undetected for years. Ralf W. has reportedly been active in right-wing extremist circles in the state of Thuringia since 1995. In 2002, he became the deputy head of the far-right National Democratic Party (NPD) in Thuringia.

Three others have been arrested so far in connection with the 10 murders, including Beate Zschäpe, the cell's suspected co-founder, and alleged supporters Holger G. and Andre E. Zschäpe turned herself into authorities earlier in November but has refused to cooperate in the investigations. 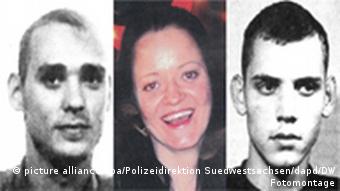 Böhnhardt, Zschäpe and Mundlos are believed to be behind the 10 murders

Zschäpe is believed to be a close associate of the two main suspects, Uwe Böhnhardt and Uwe Mundlos, who appear to have shot themselves earlier this month after police connected them to a bank robbery.

Eight of the murder victims were of Turkish descent, and one was of Greek descent. The 10th victim was a female police officer.

The group, known as the National Socialist Underground (NSU), is believed to have been formed in 1998. In addition to the 10 murders, authorities are investigating suspected connections to several unsolved crimes, including attacks in the western cities of Cologne and Dusseldorf from 2000 to 2004, as well as a number of bank robberies.

A German neo-Nazi organization has been linked to a series of racially motivated attacks, prompting renewed calls for a ban on far-right parties. DW looks back on Germany's ongoing fight against right-wing extremism. (24.11.2011)

German intelligence agencies have told a parliamentary committee that a neo-Nazi terror cell allegedly responsible for 10 murders had broader support than originally thought. (21.11.2011)

For years, German authorities made no connections between the murders of nine migrant shopkeepers and a neo-Nazi terror cell. Migrant groups say it's because the state failed to recognize the far-right threat. (23.11.2011)

The spate of murders had left the Muslim community in Albuquerque fearful to leave their homes. Now the families of the victims want answers.