In one of the most anticipated Formula One races in recent years, Max Verstappen came out on top in Abu Dhabi to seal the world championship in the most dramatic fashion. 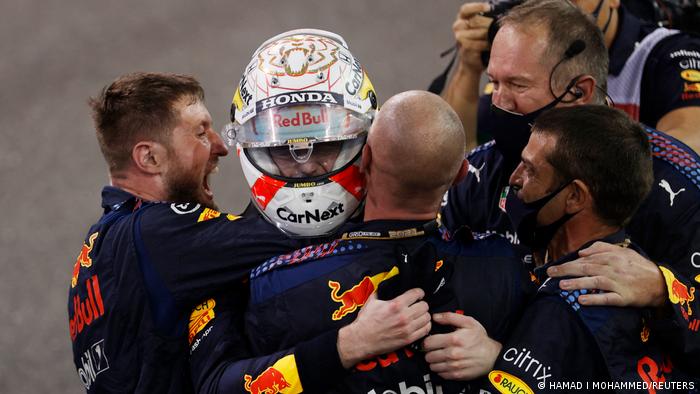 "It's insane. I don't know what to say. I'm so pleased for the team and for all these guys. I love working with them so much," Verstappen said afterwards.

"Firstly, a big congratulations to Max and his team. I think we did an amazing job this year, we worked so hard. We gave it everything, we never gave up and that's the most important thing," said an emotional-looking Hamilton post race.

In a fittingly thrilling race, Hamilton looked set to win in Abu Dhabi before a late safety car and decision from the race director changed everything

Initially, the decision was made lapped cars wouldn't overtake only for the decision to be changed and the five cars between Hamilton and Verstappenwere ordered to overtake the Safety Car, which handed the Dutchman the chance he thought he had lost. Afterwards, Mercedes protested the handling of the situation. That protest was rejected, to which Mercedes lodged an intention to appeal.

George Russell, who will be Hamilton's teammate at Mercedes next season, made his feelings clear afterwards.

That left the championship to be decided with one lap left and both challengers at the front. Hamilton did his best to hold Verstappen at bay but eventually, the Dutchman's fresher tires paid off as he overtook Hamilton to seal the race win and his first drivers' championship in the most remarkable finale.

Hamilton got the better start than Verstappen, taking the lead off the Dutchman from the first corner. Verstappen nearly took it back just a few corners later, but Hamilton retained top spot having taken a shortcut after being forced wide.

Verstappen, who started on softs, had to pit first. Hamilton, on mediums, soon followed as both drivers swapped to hards.

With Verstappen eight seconds back, the Dutchman had to rely on his teammate, Sergio Perez, who was leading after Hamilton had pitted, to slow the Briton down. Lewis Hamilton got the better of Max Verstappen from the start

The Mexcian kept Hamilton at bay with superb driving, regularly forcing him back, and continually making life difficult for the defending champion. Eventually Perez cut Hamilton's lead by eight seconds, with Verstappen calling him "a legend" over the radio during the race and thanking him afterwards too.

With 38 laps left the top two were directly battling against each other once again.

Although the gap had been closed, Hamilton began to reestablish his lead. By lap 32, Hamilton's lead was back to just under five seconds but on lap 36 a virtual safety car opened the door for Verstappen again, who pitted in the hope he could close the gap.

With an 18-second lead and confident that Hamilton's tires would last, Mercedes decided not to bring Hamilton in. The Briton voiced his concern about the potential risk over the radio.

Initially the gap began to close, but with eight laps to go Hamilton, having navigated through some traffic, still found himself leading by 11 seconds.

Fittingly for the season, just when more drama didn't look possible, it arrived when Nicholas Latifi crashed five laps from the end, bringing out a safety car.

Verstappen took advantage, pitting for newer tires. Hamilton, because of track position, couldn't do the same and was left saying on the radio: "This is unbelievable man."

The safety car stayed out until there was one lap left, and then it was clear that Verstappen had the upper hand. Soon after racing had resumed, Verstappen took the inside line and that was that. 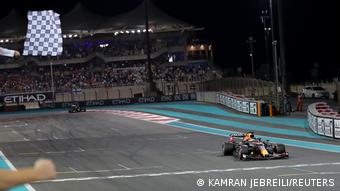 Afterwards, the race director Michael Masi told Mercedes boss Toto Wolff when the Austrian asked about going back out for the final lap: "Toto, it's called a motor race, OK? We went car racing."

Despite losing the race, Mercedes did win the constructors' championship (ahead of Red Bull Racing) for an eighth straight time. Ferrari finished third.

Outside of the title drivers and teams, 2021 was also a strong year for Ferrari, McLaren and Alpine, the dramatic wins for Sergio Perez's win in Azerbaijan, Esteban Ocon in Hungary and Daniel Ricciardo in Italy live long in the memory of the 2021 season.

However, what on track was the most dramatic way to finish a thrilling season was somewhat soured off it as Mercedes, who brought a barrister with them to the meeting with the race stewards, lodged two protests about the result.

While both were ultimately rejected, leaving Verstappen as champion, it made for a messy, bittersweet end to an otherwise thrilling day of racing.