In reading out detailed descriptions of atrocities committed by the Lord's Resistance Army (LRA) — which had been one of Africa's most brutal rebel groups — an ICC judge said that Ongwen had ordered the killings and abductions of civilians, including children.

"There exists no ground excluding Dominic Ongwen's criminal responsibility. His guilt has been established beyond any reasonable doubt," said the presiding ICC judge, Bertram Schmitt.

Ongwen was accused of 70 counts of crimes against humanity, including murder, rape, torture, sexual slavery and using child soldiers, between 2002 and 2004 in northern Uganda when he led a brigade of the LRA as a general.

He was found guilty of 61 out of 70 counts. It included the first ever conviction by the Netherlands-based court for the crime of forced pregnancy. 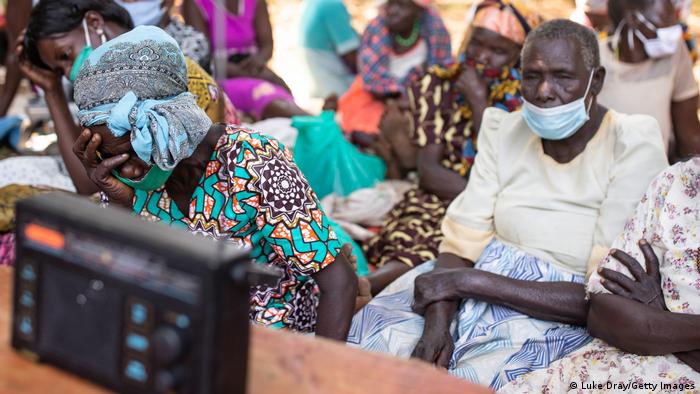 For more than 20 years, LRA fighters, led by Joseph Kony, subjected northern Uganda to a reign of terror before withdrawing to neighboring Democratic Republic of Congo (DRC) and South Sudan. The LRA was  particularly notorious for its use of child soldiers.

Ongwen himself was abducted by the rebels as a child while on the way to school and was forced to fight alongside them.

His case is the first at the ICC to involve a perpetrator and victim of the same war crimes.

Oryem Nyeko, Human Rights Watch Kampala, told DW Africa that it was a "really important" factor that Ongwen "was abducted as a child and forcibly conscripted into the LRA."

"It can't be ignored because it's a huge factor in what let to the trajectory of his life and actions that he ended up taking. I don't think that should mean that he shouldn't be held accountable for the crimes that he committed as an adult but that… recognizing the fact that he was forcibly conscripted is important because it ultimately let him to where he ended up."

Public screenings, some with televisions and plastic chairs set up for communities to watch the verdict, were held in Uganda's capital Kampala and in the city of Gulu, as well as elsewhere.

Lukodi, a rural hamlet and site of a brutal LRA attack in 2004, translated the ICC proceedings into the local Acholi language on its Mega FM radio station.

Arach Bernard of the Lukodi Victims' center told DW Africa that it was "a brighter day for the community of Lokodi" despite a "slow" court process. He said he now had "hope in the judicial system of the world" and that Ongwen's conviction would "remove all the psychological suffering that we all had." 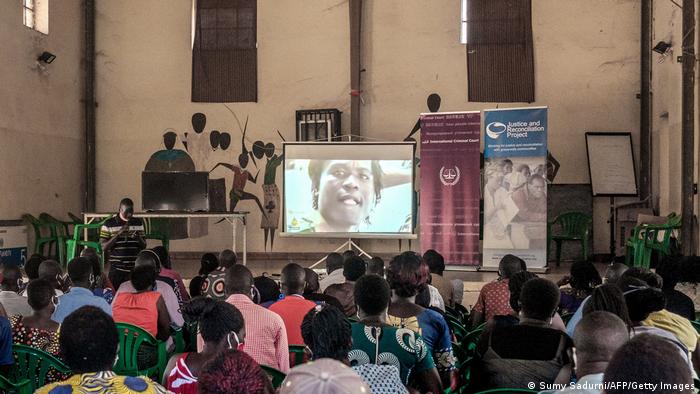 There were mixed reactions to the verdict among people in Uganda

A resident of Gulu told DW that he disagreed with the conviction "because Ongwen was taken just like any other child. He grew up from the bush and he was trained and the ranks he grew in were a result of this."

He said that Uganda needs national reconciliation more than the trial and imprisonment of one individual.

In Kampala, banker Matovu Isaac told DW: "I don't think the verdict will change anything about his life and even about the life of the victims who suffered because of his crimes."

Another Kampala resident and general trader, Moses Musali, said: "I think justice at the end of the day has been served. However, that doesn't erase the scars that have been brought about by the LRA-insurgency. The government or the development partners have the hard task of rebuilding the communities, healing the scars, healing the wounds of people in northern Uganda."

Ongwen pleaded not guilty when the proceedings began in 2016, and has denied the charges. He will be sentenced at a later date, and could face life behind bars.

LRA leader Joseph Kony remains on the run, although his army has dwindled significantly.