Roh Tae-woo, who served as South Korean president from 1988 to 1993, has died of natural causes at age 88. Although he was the country's first popularly elected head of state, his career ended in ignominy. 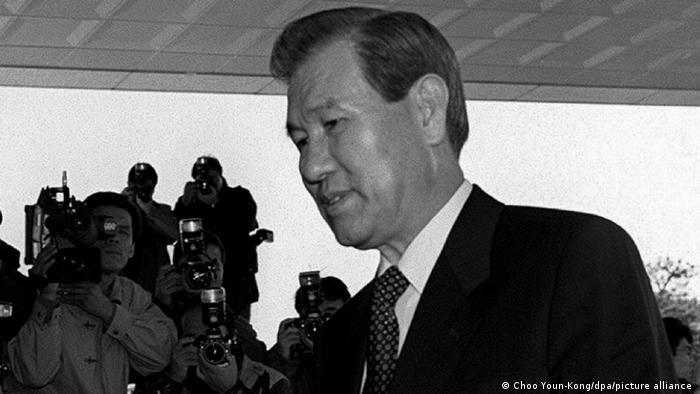 Former South Korean President Roh Tae-woo, who played a pivotal role in his country's transition to democratic rule, died of natural causes on Tuesday at the age of 88, a hospital in Seoul confirmed.

Roh, a decorated veteran who served in both the Korean War and the Vietnam War, was president from 1988 to 1993 as the handpicked successor of dictator Chun Doo-hwan, whom he had helped to power in a 1979 military coup.

He was elected to the post in the 1987 elections, having done his best to dissociate himself from Chun in the face of massive pro-democracy rallies by announcing significant political reforms including the direct election of the president. His term in office was marked by his efforts to forge diplomatic ties with the communist bloc despite South Korea's deeply anti-communist stance due to its rivalry with the North. He was also the driving force behind the 1988 Seoul Olympics, while South Korea also became an United Nations member under his presidency.

However, after he was succeeded by former democracy activist Kim Young-sam, both he and Chun faced charges of treason for their roles in the 1970 military coup and the 1980 Gwangju army massacre of pro-democracy demonstrators, as well as of massive corruption.

They were convicted in 1996. Roh initially received a 22-year prison sentence, while Chun was given a death sentence. 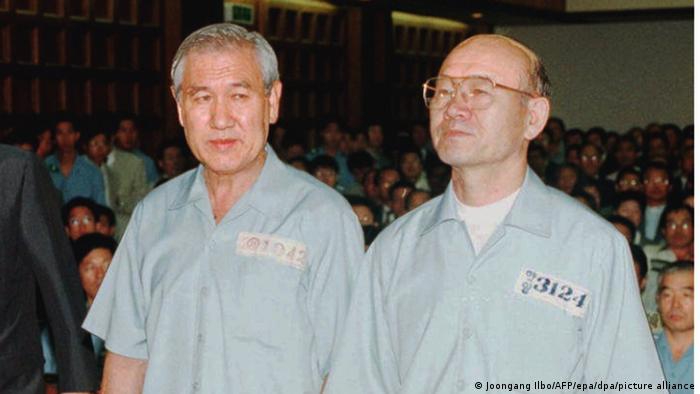 Roh and Chun were both convicted of treason in 1996

But both were released the following year via presidential pardon.

Roh disappeared from the public eye some 20 years ago after being diagnosed with prostate cancer and suffering several other illnesses.

Roh is survived by his wife Kim Ok-sook and his two children, a son and a daughter.