Chun Doo-hwan called a democracy activist a "liar" and "Satan" in his memoir. The former dictator was previously sentenced to death, but almost immediately pardoned, after Seoul's military government fell. 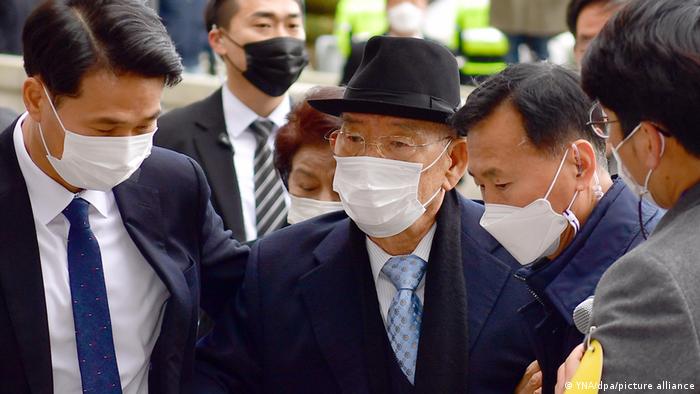 The 89-year-old former president called Cho Chul-hyun a "liar" and "Satan" in a memoir that was released in 2017.

Cho said he saw people firing at civilians from helicopters during 1980 demonstrations in the southwest city of Gwangju, where the president's trial was held. Chun denied such claims in his memoir. City residents had demonstrated against the military coup the year before that put Chun in power. 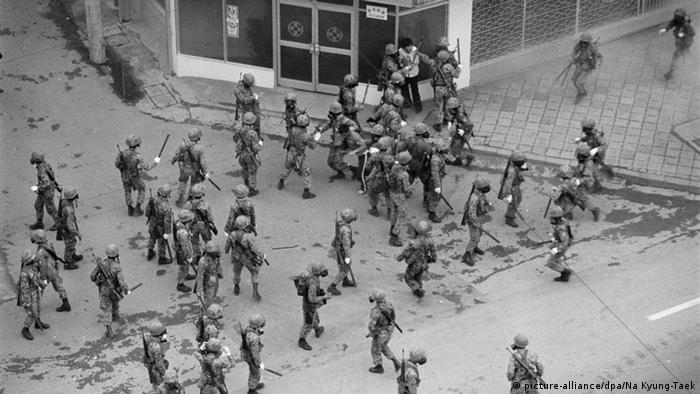 South Korean news agency Yonhap said presiding judge Kim Jung-hoon found that there were reasonable grounds to conclude that shootings occurred from helicopters on two days in May 1980, an issue he called "historically very important." More than a dozen eyewitnesses said during the trial that such shootings took place.

The judge called on Chun to apologize for ultimately being responsible for the military clampdown on the protests.

"However, because this trial is not a trial about the uprising itself, our decision was made from the standpoint of the violated rights and interests of the victims," said the judge, according to Yonhap.

The uprising was suppressed by the military. Official estimates point to approximately 200 deaths, but other sources have said there were more than 2,000 deaths. 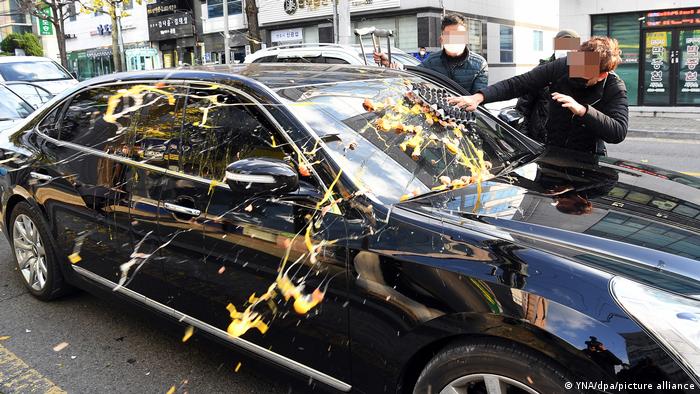 Chun Doo-Hwan did not apologize for his actions on Monday, angering local residents, including this one who egged his car

Priest Cho Young-dae, a nephew of the deceased activist, had filed the lawsuit He said he welcomed the verdict, but felt the suspended term was too lenient. Prosecutors had previously demanded an 18-month prison sentence for the former president. 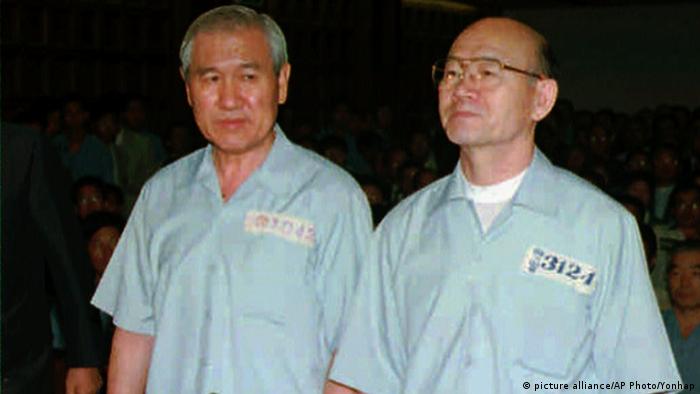 However, both sentences were rapidly pardoned by former President Kim Young-sam in 1997. He said the decision was to promote "national harmony."

The former military strongman received a commuted death sentence in 1996 for his brutal suppression of pro-democracy protests after he seized power in a coup.

Roh Tae-woo, who served as South Korean president from 1988 to 1993, has died of natural causes at age 88. Although he was the country's first popularly elected head of state, his career ended in ignominy.

While China has barred private tutoring for high school students during the weekend and vacation periods, in South Korea the private tuition industry is flourishing. Fabian Kretschmer reports from Beijing.