Former President Ricardo Martinelli is facing charges of running an illegal political espionage ring. The indictment is seeking up to 21 years in jail for the former leader. 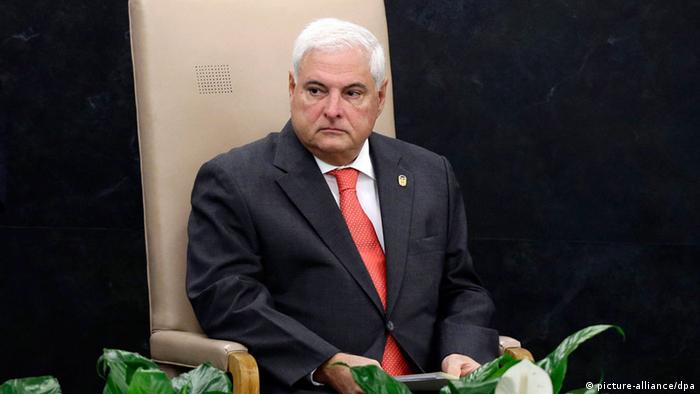 The 63-year-old was president of Panama from 2009 until 2014. He has not been seen in the Central American country since he left for an event in Guatemala last January. Martinelli, a supermarket tycoon, is believed to be in Miami, Florida.

Diaz said the espionage was a "a constant and systematic violation of the privacy and human rights of Panamanians."

Defense lawyer for Martinelli, Rogelio Cruz said his client was innocent of all charges. He described the indictment as "crazy" and called the process "Kafkaesque."

There were protests by members of Martinelli's Democratic Change (CD) party outside the prosecutor's offices in the capital on Wednesday, calling for the resignation of attorney general Kenia Porcell. They condemned the charges as "political."

Former boxing champion and member of the CD Victor Cordoba said the protesters were being provoked: "It is very unpleasant when we come here to make a protest, that government personnel send people to confront us."

Prosecutor Diaz is calling for a prison term of 21 years in the four other cases including misuse of public funds, financial crimes, taking bribes and giving illegal pardons.

Martinelli's former press secretary, Luis Eduardo Camacho, who organized the protest said Diaz was subjecting Panama to "international ridicule." He said that Martinelli was not hiding and that it was no secret he was in Miami.

Panama's government repealed a controversial week old law on Sunday which would have seen state-owned land sold in a duty-free zone along the Panama Canal. (02.11.2012)