Italy used to be the world's number one tourism destination - today, it is ranked sixth. Now Italy's prime minister has brought in someone he thinks perfect to help turn things around - the former head of McDonalds. 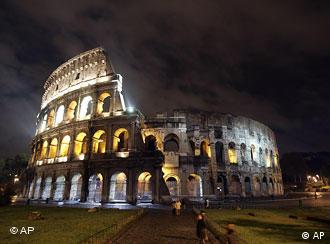 Rome is competing for tourists

When Mario Resca, the former head of McDonald's Italy, was appointed by Prime Minister Silvio Berlusconi to manage the country's 450 museums and archeological sites, he began by launching a bold - and controversial - campaign.

"If you don't visit it, we will take it away. In Italy, the greatest masterpieces of art history have been expecting you all along. Rediscover them!" This slogan appeared on posters around the city and on a YouTube video, showing the Colosseum in Rome as a construction site.

"We are saying museums are for you, for us, for everybody," Mario Resca told Deutsche Welle at the Culture Ministry in Rome, where he took up his new office in September of last year. "They're not only for experts, and museums are not only for tourists. I want the museums to be a normal part of life for Italians."

He added that competition for cultural tourism is growing all over the world and that countries are fighting to attract visitors to their culturally significant sites.

Last year, the Louvre in Paris recorded 8.5 million visitors. The Uffizi Gallery in Florence - with works by Caravaggio, Michelangelo and Boticelli - had only 1.6 million, according to Resca. He argues that Italy needs to do more to improve customer service at tourism sites, for example, by offering top-notch restaurants and bookshops inside, as well as new, multi-lingual guides and a friendlier staff. 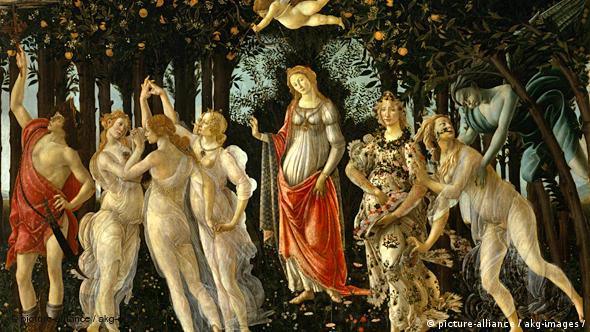 Florence's Uffizi Gallery contains works by Sandro Botticelli, like this one from 1477-1478 entitled "La Primavera"

Backlash from the arts community

However, some people in the arts are nervous about his new job description - to "add value" to Italy's cultural heritage.

"'Valorizazione' is the magic word that came out," said art history professor Silvia Ginzburg in Rome, "but you cannot give value to something if you don't study it."

One year ago, Ginzburg and several of her colleagues launched a petition online, protesting against policies they felt were "reducing art to a negotiable commodity" and "introducing a process of disposable consumerism" at Italy's cultural sites. They collected more than 7,000 signatures from academics, archeologists and museum directors from all over the world.

"Deciding to have one man coming from the McDonald's experience - or from any kind of experience, but nothing to do with art - we thought it was not good," said Ginzburg.

Critics also accuse Resca of having conflicts of interest. For example, he sits on the board of directors of Mondadori publishing house. One of its divisions, "Mondadori Electa," publishes art books and manages museum bookshops.

However, one point the two sides can agree on is that Italy's cultural heritage is in desperate need of funding.

Resca is looking to ramp up revenues by renting out historical sites for product launches and by loaning works of art to foreign museums - a move Ginzburg vehemently opposes.

Resca, however, disputes the accusation that he will ruin his country's cultural heritage. 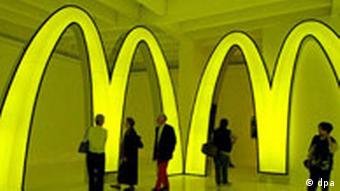 Some artists want a less capitalist approach to culture

"What is my role here? It's to develop and promote and motivate the team of outstanding experts that we have," said Resca. "We don't have the competence, because if you spend 40 years only studying antiquities or archeology, you don't know how to promote this. So, I'm assisting them."

As Resca prepares to open an Italian exhibition of art in Tiananmen Square and celebrates the Culture Ministry's partnership with Google to digitize books in its two main national libraries, his critics seem determined to fight his appointment.

But Resca is used to the attacks - the same kind of attacks he said he faced when he tried to bring McDonald's to a country known for its rich food tradition.

"We don't have raw materials. We don't have energy. We don't have oil," said Resca. "Globalization is challenging everyone around the world, especially Europe. But we have leadership which is in our cultural assets."

While the competition for cultural tourism in Europe heats up, so, too, does the debate in Italy on how best to address it.

Every year more than 6,000 would-be gelato-entrepreneurs from all over the world descend on Bologna, Italy to learn about a trade that is flourishing even in the midst of the global financial crisis. (02.03.2010)

The Borghese Gallery in Rome is showcasing paintings by 17th century master Caravaggio alongside those of the 20th century painter Francis Bacon. Centuries apart, the bad boys of the arts world meet at last. (18.12.2009)