Ariel Sharon, who was the prime minister of Israel from 2001 to 2006, has died in hospital at the age of 85. His controversial political career stretched back for decades. 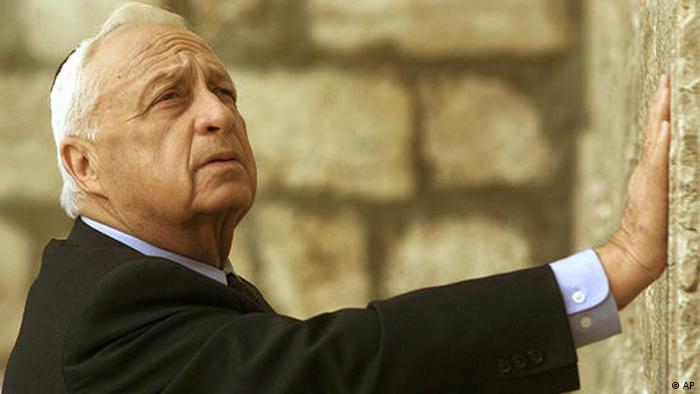 Sharon died in a hospital near Tel Aviv on Saturday after doctors recently reported serious and life-threatening kidney problems.

"That's it. He is gone. He went when he decided to go," Gilad Sharon, one of the former prime minister's two adult sons said in a brief statement to reporters outside of Tel Hashomer hospital.

"We are thankful for all those many people in the country and abroad, who were worried and prayed for him," he added.

He also thanked the hospital staff who cared for his father since he suffered a massive stroke in January 2006, falling into a coma from which he never awakened.

Sharon began his career in the military, becoming one of Israel's most famous generals. Among other things, he is credited with helping turn the tide of the 1973 Mideast war, leading a counterattack across the Suez Canal that trapped part of the Egyptian army.

There have been few more divisive figures in the Mideast than Ariel Sharon. As a general, and later a politician, the former prime minister, who died after several years in a coma, shaped Israel's history for decades. (11.01.2014)

He joined the hardline Likud party after retiring from the army and was a minister in several Likud-led governments, becoming party leader in 2000.

Dubbed "the Bulldozer," Sharon first became prime minister in February 2001, just months after he provoked the second Palestinian uprising by walking through east Jerusalem's controversial site of the al-Aqsa mosque, known to Jews as the Temple Mount.

Although his administration was intially seen as the most hawkish in Israel history, he surprised friends and foes alike with his decision in 2005 to pull Israeli troops and settlers out of the Gaza Strip.

His Palestinian enemies, however, remember him mainly as the "Butcher of Beirut" for the massacres of Palestinian refugees at Sabra and Shatila by a Lebanese militia, while Israeli troops stood by.

Sharon left his Likud Party in 2006 to found the centrist Kadima Party. He seemed on his way to a likely re-election when he suffered the stroke in 2006.