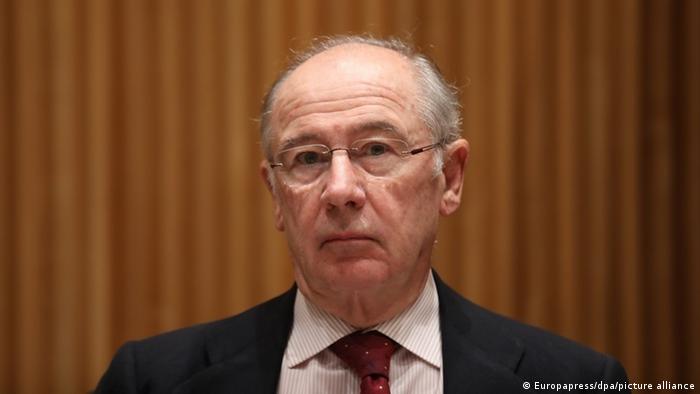 Former International Monetary Fund (IMF) chief Rodrigo Rato was acquitted by a Spanish court on Tuesday of fraud charges and falsifying accounts, during the botched 2011 public listing of the major Spanish bank, Bankia.

The National Court of Justice in Madrid also acquitted 33 further people and entities — including Bankia — charged in the trial relating to the bank's disastrous initial public offering (IPO).

Bankia initially reported a 2011 profit of €309 million ($361 million) but months later showed a €3 billion loss. More than 300,000 retail shareholders lost their investments when Bankia was nationalized by the Spanish government at the height of Spain's financial crisis in 2012.

Rato, who always denied any wrongdoing, was chairman of the bank during this time. He resigned from the top position in May 2012.

The National Court, which handles major criminal cases ruled that the financial information included in Bankia's IPO prospectus was accurate. There was enough information for the institutional and retail investors to form a reasoned opinion about the value of the bank and that any risks had been well flagged.

The bank's stock listing had received approvals "from all necessary institutions," ruled the court.

It also argued that the procedure which led to Bankia's listing was "intensely and successfully supervised" by the Bank of Spain and financial market authorities which approved it.

Who is Rodrigo Rato?

The 71-year-old former Spanish economy minister was IMF chief between 2004 and 2007.

He led the merger in 2010 of Caja Madrid, which he headed at the time, and six other struggling regional savings banks to create Bankia.

The image of a smiling Rato ringing the bell and sipping champagne on July 20, 2011, to mark the start of Bankia's listing has since become a symbol of the scandal.

Rato is serving a four-and-a-half-year sentence in after being found guilty of embezzlement in a separate trial over the misuse of company credit cards while he was at Bankia.