Former German FM Fischer to Teach at Princeton | Germany | News and in-depth reporting from Berlin and beyond | DW | 19.06.2006

It is a truth rarely acknowledged that even high school dropouts can become university professors. Former German Foreign Minister Joschka Fischer, for example, will start teaching at Princeton this fall. 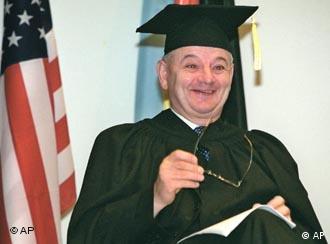 From a street rebel to an Ivy League professor: Joschka Fischer

Officials at the university's Woodrow Wilson School of Public and International Affairs said that Fischer will join the school's faculty as a professor of international economic policy for a year-long appointment this fall.

Fischer, 58, whose position will be at the rank of lecturer in public and international affairs, is scheduled to teach an undergraduate course in international crisis diplomacy during the fall semester. In spring 2007, Fischer is expected to co-teach an international relations graduate seminar on Europe, America and future policy challenges facing the transatlantic alliance.

"The faculty and I and others around the university are very much looking forward to having Joschka Fischer join us," said Anne-Marie Slaughter, the dean of the Woodrow Wilson School. "He combines a lively and perpetually curious intellect with a wealth of experience grappling with some of the most important issues of our time."

In addition to his teaching responsibilities, the member of Germany's Greens will serve as a senior fellow at the Wilson School's Liechtenstein Institute on Self-Determination and as a fellow at Princeton's European Union Program. 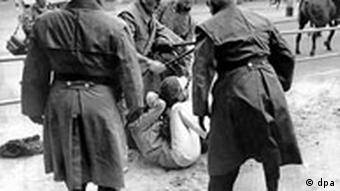 Fischer was a photographer, a Maoist radical and a taxi driver in his youth, but never took a course in higher education. During his term of office in the Red-Green coalition government of former Chancellor Gerhard Schröder from 1998 to 2005, he was the most popular politician in Germany.

After the election defeat last year, Fischer had denied plans to teach politics at Harvard, while admitting he was considering an offer from rival Princeton.

A Green party leader for nearly 20 years, Fischer helped transform the Greens from being a street-protest movement into a mainstream political player. Following the 2005 elections, Fischer stepped down from the party's top ranks, but is still a member of the German parliament. 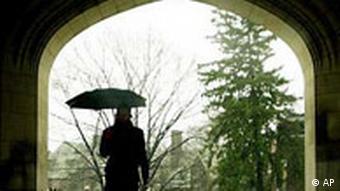 Last year, Fischer published "The Return of History" (in German) -- a book of essays about the ways in which the terrorist attacks of Sept. 11, 2001 changed the dynamics of world politics.

Recognizing Islamic fundamentalism as a new totalitarian system, Fischer argued against the premature postulation of the "end of history" -- the idea that the fall of communism and break-up of the Soviet Union would bring about the final and lasting victory of liberal democracies in the world.

In May, Fischer started writing the "Rebel Realist," a syndicated column published in various newspapers around the world.

Fischer has been a vocal critic of the US-led invasion of Iraq. More recently, he has been urging the United States to negotiate with Iran about its nuclear program by using a pragmatic "stick-and-carrot" approach.

"We are running short of time and without decided leadership on behalf of the United States I don't believe that this will work," Fischer said in a speech at the American Society on International Law last month.

Are the Greens Turning on Their Roots?

After being voted out of power in federal elections, the eco-friendly Greens are going through changes. The struggle between pragmatists and fundamentalists is part of the party’s tradition, but will it tear them apart? (May 18, 2006)

Foreign Minister Joschka Fischer was once a leftist radical who was involved in civil unrest and agitation in the 1970s. Now he is one of the most popular politicians in Germany with huge international experience. (July 20, 2005)

My Mother, the Terrorist