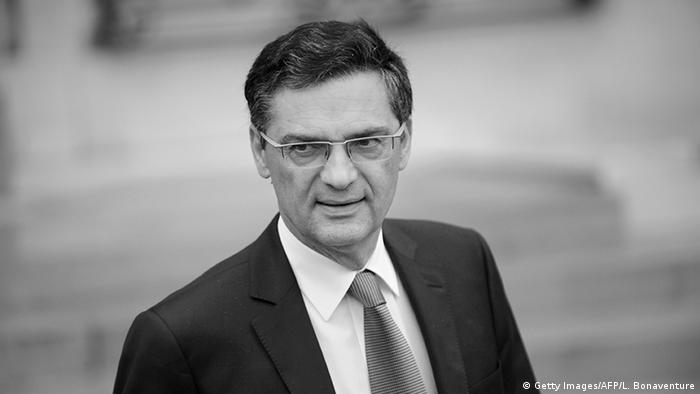 A close adviser of former French President Nicolas Sarkozy and former president of a Parisian administrative district has died from COVID-19, the Haut-de-Seine department announced on Sunday.

Patrick Devedjian was the minister in charge of dealing with French recovery from the 2008 financial crisis. The 75-year-old first publicly announced he was suffering from symptoms of the novel coronavirus on Wednesday.

"I am affected by the epidemic, therefore I am able to bear witness directly to the exceptional work of doctors and nurses," he wrote on Twitter earlier in the week. "I'm sending them a big thank you for their constant help to all their patients."

Fellow politicians immediately paid tribute to the politician on Twitter.

"I liked Patrick Devedjian: his frank works, his humor, his local roots. He was affectionate and cultured," he wrote on Twitter.

"I extend my condolences to his wife and family. I think of our Armenian friends who have lost a brother today."

"Great emotion at the announcement of the death of Patrick Devedjian, former minister, President of the Haut-de-Seine, committed republican, free spirit," President of the National Assembly Richard Ferrand wrote. "My sincere condolences to his relatives and his family."

"Great sadness at the death of Patrick Devedjian," French Senate President Gerard Larcher wrote on Twitter. "Brave man and totally devoted to his city of Antony and to Haut-de-Seine. Condolences to his family and those close to him."

The Armenian-French career politician held a number of ministerial positions since entering politics in 1983. He was also mayor of the town of Antony before becoming president of Haut-de-Seine, a department in western Paris.

France currently has over 38,000 confirmed cases of COVID-19, and has recorded more than 2,300 deaths. The country has implemented extensive lockdown measures to try to slow the spread of coronavirus.

The COVID-19 pandemic continues to spread rapidly in the US; New York City is the epicenter of the outbreak. Trump ordered authorities to issue a "strong travel advisory" for the region. Follow DW for the latest. (29.03.2020)