John Barnes has reacted to comments made by Borussia Dortmund's Jadon Sancho regarding incidents of racism in professional football. The former Liverpool player believes stars have lost touch with "real discrimination." 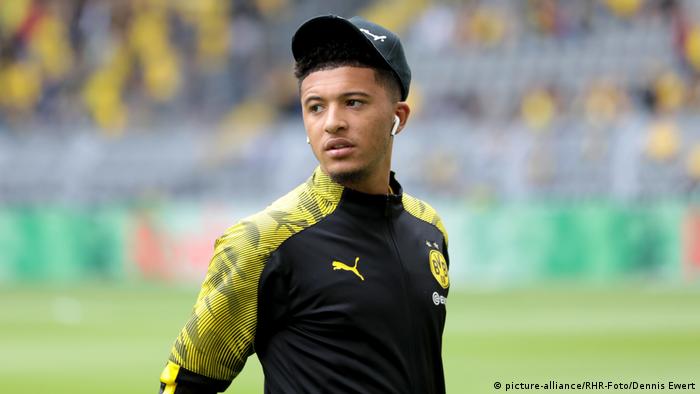 John Barnes, a former Liverpool winger and England international, has said that racism will be a problem in professional football for as long as it is an issue in wider society.

The 55-year-old, who made 376 appearances in all competitions for Liverpool between 1987 and 1997, also responded to Borussia Dortmund's Jadon Sancho, who said he believed "the love of the game" would go if recent incidents of racism in professional football weren't cut out.

"If Jadon is going to fall out of love with football, let him give up football and let him go into the real world as a young black man without an education and without being able to play football, then he'll see what it's really like to be a black person who is racially abused," continued Barnes, who was subjected to racism during his own ground-breaking playing career for both club and country.

Sancho's comments came in light of a spate of racist incidents across Europe involving big-name players such as Paul Pogba, Marcus Rashford, Kurt Zouma and, most recently Romelu Lukaku. However, Barnes believes the likes of Sancho and Lukaku should be highlighting the issue of racism in wider society and not just in football.

"If he thinks that's bad [the abuse of footballers], let him go into the real world and see what real discrimination is about. We're now coming full circle, we're trying to get something to change so let's get these black superstar footballers to tell us what we should do and tell us how terrible it is for them.

"What they should do is use their voice to talk about discrimination where it really hurts people in the inner cities with kids who can't get jobs or opportunities. He's signed a nice new contract, is he willing to give that contract up because he's falling out of love with football? I don't think he is. Let's not get it blown out of proportion."

Barnes has long maintained that "sport can't educate society" when it comes to racism in professional football, but as Borussia Dortmund and Sancho have proven it can lead by example.