Former professional cyclist Jan Ullrich has for the first time admitted to blood doping, a German magazine is reporting. He won the Tour de France in 1997. 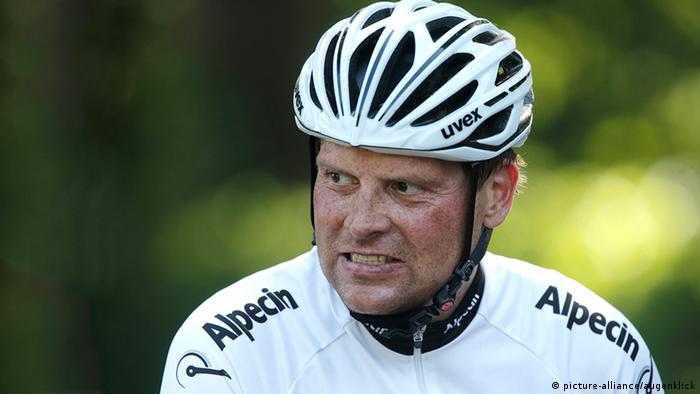 Ullrich told the weekly magazine Focus that he had received blood doping treatment from the Spanish doctor Eufemiano Fuentes, who ran a doping network that has implicated several top cyclists and other sportsmen.

"Yes, I had access to treatment from Fuentes," Ullrich said in the interview.

"At that time, nearly everyone was using doping substances and I used nothing that the others were not using."

Ullrich told the magazine he was motivated to use performance-enhancing substances to ensure he was on a level-playing field with his competitors, but argued that he was not a cheat.

"In my view you can only call it cheating on my part when it is clear that I have gained an unfair advantage," he said. "This is not the case. All I wanted was everyone to have the same chances of winning."

When asked if he had only engaged in blood doping, Ulrich said, "The doctor's diagnosis says that." He became the first German to win the Tour de France in 1997, and won gold and silver medals at the 2000 Olympic Games in Sydney.

Ullrich, 39, was hit with a two-year ban for blood doping in February 2012 by the Court of Arbitration for Sport. At the time, he admitted "contact" with Fuentes but did not directly acknowledge doping. All results since 2005 were wiped.

He was barred from the 2006 Tour de France amid speculation he had used illegal substances, and retired in 2007, denying he had ever cheated.

Following years of his denying allegations, the US Anti-Doping Agency found Armstrong guilty of using performance enhancing drugs. In 2012, it stripped him of his titles and banned him from the sport for life.

In January, Armstrong explained how he lied without detection during his winning streak in detail during an interview with the US television personality Oprah Winfrey.