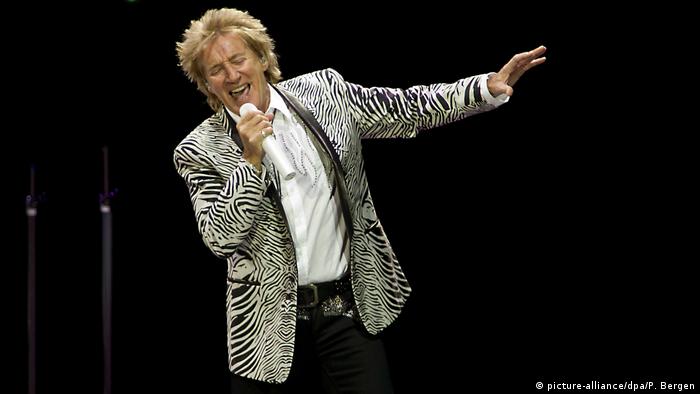 Over the course of his 50-year career, Rod Stewart has embodied and contributed to creating more than a few rock'n'roll clichés: "Just drinkin' and shaggin' ... and smashing up hotel rooms" is for instance the way the singer recalls the early years of his career in the show Carpool Karaoke.

Apparently old age hasn't mellowed him a bit either: He is said to have punched a security guard at a New Year's Eve party in Florida and now has to go to court on battery charges.

The fine he might have to pay if convicted is however unlikely to dampen spirits at his 75th birthday party on January 10; Sir Roderick David Stewart's assets are estimated at €223 million ($249 million) by the British press. 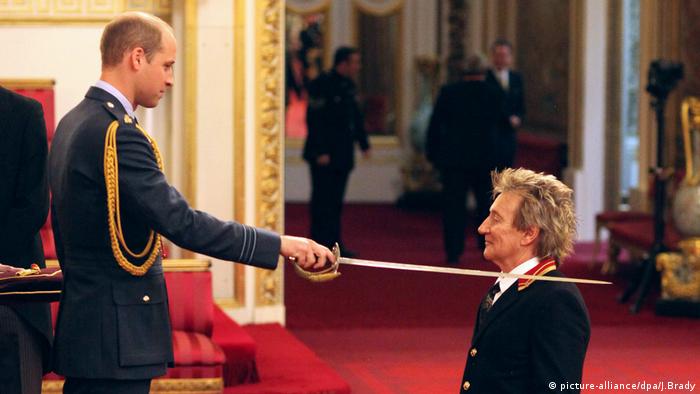 A rock career as an afterthought

Born on January 10, 1945 in Highgate, north of London, Rod Stewart grew up in a family crazy for football. He therefore tried out for a football career at first. At age 15, he tried out for the London club Brentford FC, but there was no follow-up contract.

As a career as a professional football player wasn't about to materialize, he "fell into music" — first as a lead singer with the Jeff Beck Group, then from 1969 onwards with the Faces, side by side with guitarist Ron Wood, who went on to join the Rolling Stones a few years later.

In retrospect, Stewart says he's okay with the way things turned out. Not only does his bank account prove that he made the right choice, but life as a rock star is easier. And, as he wrote in his 2012 autobiography, unlike football players, musicians are allowed to drink while at work. 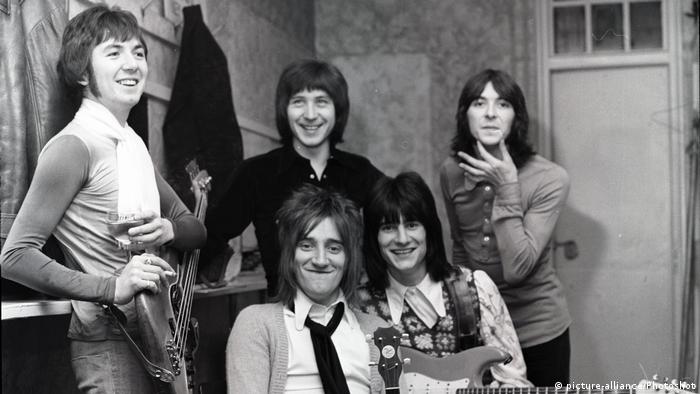 Rod Stewart (sitting, left) with his band the Faces

In 1970, Stewart released his first solo album, An Old Raincoat Won't Ever Let You Down. A year later, "Maggie May" from his third album, Every Picture Tells a Story, landed him a number one hit in the British and US charts.

That was Stewart's breakthrough as a solo musician — and as a brand. Soon, people affectionately called him "Rod the Mod," a pioneer of fashion subculture who brought a very special kind of elegance to the British music scene that is still visible today in Brit pop.

With success came a busy decade for Rod Stewart. He liked to be seen driving fast luxury cars, with supermodels and playboy bunnies. Despite the rock star image, Stewart also remained a relatable artist. 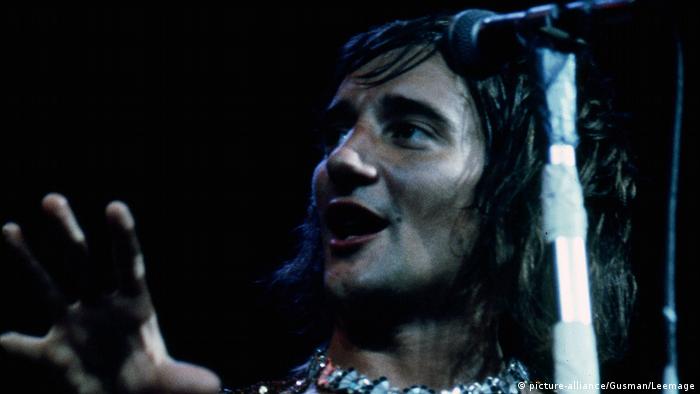 The 1970s and 80s may have been Rod Stewart's most successful decades, but that wasn't the end of it. In 1994 he gave the biggest open-air concert in music history at the Copacabana beach in Rio de Janeiro, where he performed for some 3.5 million people.

To this day, Rod Stewart has sold about 200 million records, and there is no end in sight.

In November 2019, Stewart recorded his greatest hits with the Royal Philharmonic Orchestra. The album You're In My Heart includes "Sailing" and "I Don't Want To Talk About It," as well as new versions of "The First Cut Is The Deepest," "Waltzing Matilda (Tom Traubert's Blues)," "Downtown Train" and "Maggie May." With the album, he became the oldest male artist of all time to reach the top of the UK album charts; it stayed there for five weeks. 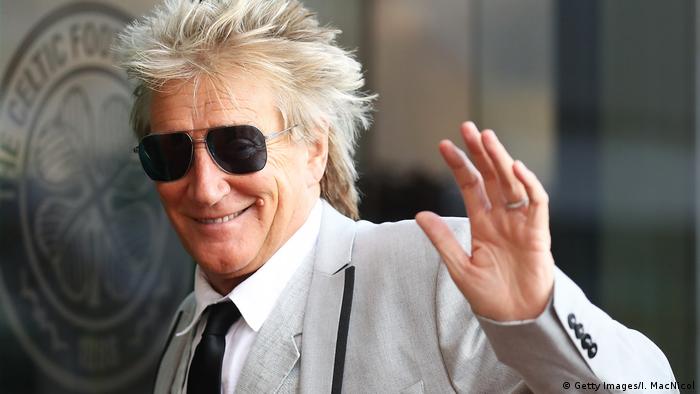 Rod Stewart at a football game in Scotland in 2019

In the fall of 2019, Stewart announced he had had prostate cancer but was cured, saying he was making it public to promote the fairly simple screening tests. It was the second time he beat cancer after a thyroid cancer diagnosis in 2000.

The father of eight children is now on tour again, starting in the US in February, and continuing on to Australia afterwards.

The tour is by no means a farewell tour. He loves his work too much, the septuagenarian told Rolling Stone in 2018: "What a job I have," he said. "I get paid for getting on a stage and singing, sending everybody home happy. It's not like being a footballer or a sportsman. You can send people home unhappy if you lose, but I'm in a win-win situation."

Before achieving fame, many celebrities worked in odd jobs. Before her hit single "99 Red Balloon," German pop star Nena thought she'd be making jewelry for the rest of her life. (15.01.2016)

Why you need to know German music icon Rio Reiser

He was a poet, rebel and rock star who was both loved and hated. A cult figure of leftist resistance, Rio Reiser was also a passionate singer-songwriter who inspired countless German musicians. (09.01.2020)

Following the stadium tour of his band Rammstein, Till Lindemann is releasing his new 'Lindemann' album 'F & M' together with Swedish metal god Peter Tägtgren. Next spring, fans can hear the two live on tour. (22.11.2019)

The Rolling Stones frontman didn't have to wait long for success. But what might have become of Mick Jagger if he didn't get caught urinating by a gas station in 1965? At 75, the bad boy is rocking on. (26.07.2018)

At 70, Ronnie Wood gets a new lease on life

Once so messed up on drugs and alcohol that Keith Richards allegedly put a gun to his head, Rolling Stones guitarist Ronnie Wood has made it to 70. Soon to tour again with Stones, he has many reasons to celebrate. (01.06.2017)

Marianne Faithfull was one of only few female pop icons to emerge in the 1960s. For years she battled with drug abuse but later celebrated a massive comeback not only as a singer but also as an actress. (29.12.2016)

Some artists seem not to be content finding success in only one area. It's fairly common for some performers, especially pop musicians, to paint in addition to their music. One such artist: Paul McCartney. (26.09.2017)

She rocked the stages of the world for over five decades in her trademark sequin skirts and high heels. Tina Turner, the diva of soul and pop, left the music industry in 2009. On November 26, she turns 80. (26.11.2019)

He had been banned from performing in the GDR for years. West German rocker Udo Lindenberg then performed for the first and only time in East Berlin in 1983. The event didn't go unnoticed. (05.09.2019)

After a two-year forced break, most of Europe's rock and pop festivals are taking place again. The mood is optimistic. But the COVID pandemic has left its mark.