For close to two decades now, oil money has been flowing into Equatorial Guinea's economy, but hopes that poverty could soon be history have not been fulfilled. The country's president rules with an iron hand. 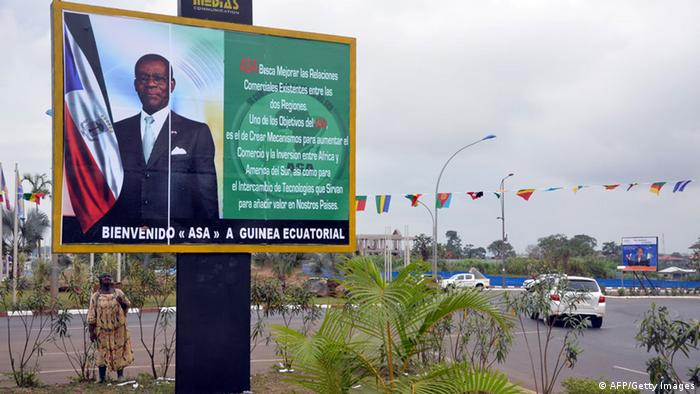 Thanks to the discovery of the much prized “black gold” and natural gas, Equatorial Guinea is comfortably placed as the country with the highest Gross Domestic Product (GDP) in Africa.

In 2012, Equatorial Guinea's GDP per capita income was estimated at $20,200 (14,900 euros), also a result of the discovery and exploitation of its oil and gas reserves and the economic growth that followed.

It is against this background that there has been an influx of both skilled and unskilled labor into the country not only from neighboring countries like Benin but also from as far away as Latin America.

Now Equatorial Guinea boasts numerous construction sites that include bridges, roads and new ministerial buildings. Reason enough, supporters say, for the country's leader Teodoro Obiang Nguema, who has been in power since 1979, not to leave office.

One of the sites that has attracted skilled laborers is the Punta Europa Gas Plant located on Bioko Island near the country's capital Malabo. Visitors are greeted by a recorded French message on loudspeakers, advising them for safety reasons to switch off their mobile phones.

In 2010, barely 3 years after the plant was constructed, the government of Equatorial
Guinea announced that it had a capacity of 4.5 trillion cubic feet of natural gas.

This and other huge quantities of petroleum resources discovered since 1996 propelled the country to the position of third largest oil producer in sub Saharan Africa. Gas exploration engineer Jean Essono works at the plant. He was born in Cameroon and returned to work there after completing his training in France.

"It is the biggest gas factory in the world. You can only compare it with those in America," he told DW. 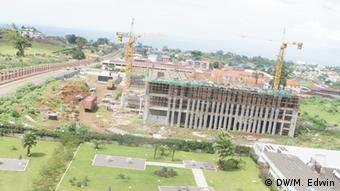 "Africa is improving in one of its aspects. It is a new Africa and I think that it is a good example for other African and world leaders to emulate."

Apetoh Mesong, a 40 year-old from Benin, has set up an ICT center in Malabo and installs surveillance equipment for different companies.

"It is a very great opportunity for the citizens of this country if they can use their riches," he says. " If they continue this way am sure they will set a good example to the rest of Africa."

Mikes Oliveder came from Brazil to work as a bridge construction engineer. He is happy that Equatorial Guinea has invested in different projects thus creating job opportunities for people like him.

President Teodoro Obiang Nguema's government has been widely criticized for its lack of transparency and misuse of oil revenues. This is largely because of his dictatorial style of leadership and nepotism.

Obiang Nguema is known to rule with an iron fist and international human rights and anti-corruption watchdogs, such as Human Rights Watch and Transparency International, say abuses under his rule have included unlawful killings by security forces, government-sanctioned kidnappings and the systematic torture of prisoners and detainees by security forces.

Because of the climate of fear that exists, few dare to question the decisions he makes. 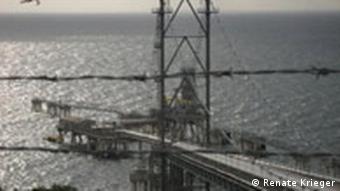 Berte Mballa, a journalist in Malabo told DW that much of the extracted gas is exported to countries like China and the US. This has created anger within the local population.

"After production, buyers from elsewhere come and buy everything, and the local population does not benefit as they should," Mballa said. "We have seen that, where dams have been constructed, people still live in the dark, since much of the energy produced is sold off and the revenue hasn't benefitted ordinary Equatoguineans."

But Yeni Antoine, a government official at the Punto Europa oil field says that the government is also trying to develop other sectors. "What we are trying to do is
diversify the economy and manufacture different products."

Mariano Essumo Nguema, a traditional ruler of Nganmessock, near the port city of Bata, told DW that his country was going through a revolution. 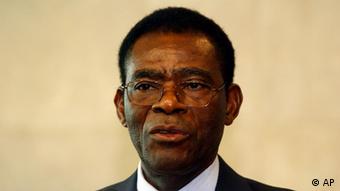 "Equatorial Guinea was unknown. But today, you can see the work the head of state is doing. We now have roads here and there is water, electricity and the Chinese are carrying out huge construction works because the president has said that between now and 2020 everybody must have access to basic necessities."

Meanwhile, President Teodoro Obiang Nguema complains that a dark picture is painted of his country in Europe.

" Actually many African countries have growing economies and Equatorial Guinea is part of this process. Western countries, especially former colonial masters, think that we are not capable of resolving our internal matters with our own personal resources so they want to do it for us."

Transparency International currently ranks Equatorial Guinea among the top 12 in its list of most corrupt states.

Heads of state and government from 66 countries in Africa and South America are meeting in Malabo, Equatorial Guinea's capital, with the goal of improving cooperation. Analysts warn against excessive expectations. (21.02.2013)

While most of Equatorial Guinea lives in poverty, the son of the country's dictator has had a luxury yacht designed at a German shipyard. Transparency groups are seeking better control of cash flows from dubious regimes. (28.02.2011)

Oil money has been flowing into Equatorial Guinea for two decades now, prompting inflation. On Bioko island, the price of monkey meat has soared, making it a status symbol that threatens the primates' existence. (11.10.2013)