′Forced labor is tolerated in many countries′ | Business | Economy and finance news from a German perspective | DW | 20.05.2014 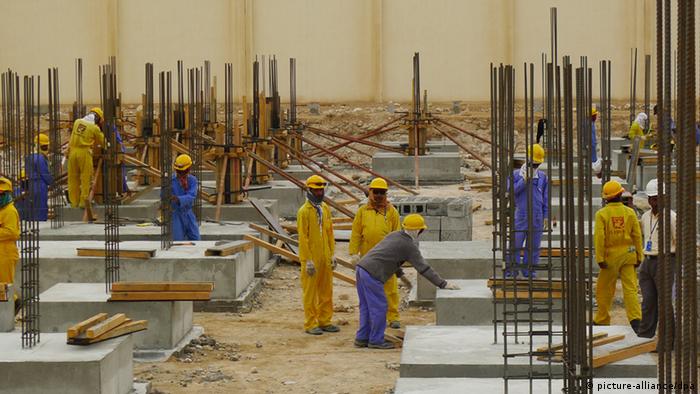 The International Labor Organization (ILO) report revealed that more than half the people in forced labor are women and girls, primarily in commercial sexual exploitation and domestic work. Men and boys are primarily forced to work in agriculture, construction, and mining. At the same time, about 5.5 million of the victims are children.

The Asia-Pacific region is home to more than half of forced workers worldwide with some 11.7 million exploited people generating around $51.8 billion each year for their abusive employers. Africa takes the second slot with 3.7 million forced laborers, followed by Latin America and the Caribbean with 1.8 million.

In a DW interview Ekkehard Ernst, ILO's labor market expert, says slave labor is rife in some countries because of the tolerance for the practice in these places.

DW: ILO released shocking figures on forced labor today. How does the organization gather such data?

Ekkehard Ernst: These are estimates that we have calculated ​​on the basis of surveys in individual countries. The numbers are then extrapolated to labor markets across the world.

Forced labor is reminiscent of slavery. Why is it still prevalent in the 21st century?

Forced labor is widespread because the practice is tolerated in some African countries as well as in places like India, despite it being regulated in these regions. Furthermore, some acts that fall under the category of slave labor are not perceived as such.

For instance, in Gulf states such as Qatar, workers are denied their legitimate rights on the basis of regulations that allow employers to exploit labor.

Yes, it is prevalent in certain sectors in the country. Our study points out that the practice is rife in prostitution. However, this is also the case in many other countries. 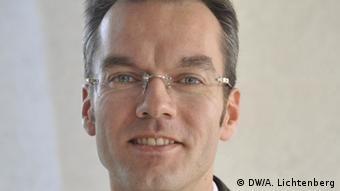 How has globalization affected the issue of slave labor?

Globalization has certainly facilitated many people to seek fortunes in other, more developed countries. For instance, many laborers from South Asia immigrate to Gulf States to work in the construction sector. They hope to find better working conditions there, but are often left entirely at the mercy of their employers.

Has the practice seen a decline or an increase over the last few years?

The numbers do not really give us that information. These are just estimates, which were compiled in the last five years. But in the wake of globalization and increased migration flows between countries, it can be assumed that forced labor has increased.

An international convention against forced labor has been in force since 1930. Why doesn't it help in eradicating the practice?

The convention hasn't been enforced by many countries, even though virtually all ILO member states are party to this legislation. Thus, many workers in these countries have no chance to defend themselves against their exploitation.

Does this mean a lack of political will?

There is a lack of will to implement the regulations and conventions.

What measures does the ILO intend to take in order to tackle the problem?

We are trying to raise global awareness on the kind of exploitation many workers are undergoing and that is also the purpose of this report. Countries that continue to condone this practice should be named and shamed.

Ekkehard Ernst is Chief of the Employment Trends Unit at the International Labour Organization, where he is responsible for producing the Global Employment Trends Report, the ILO's annual flagship publication on global and regional employment projections.

This interview was conducted by Zhang Danhong.

Even the UN labor agency was surprised by the results of its report on forced labor. The organization found that the illicit practices generate $150 billion yearly. DW spoke to the ILO's Corinne Vargha about the study. (20.05.2014)

A fresh report by the International Labour Organization say the pandemic has added millions to the already huge army of forced laborers around the world.