Food adulteration has become rampant in India. Fruits, vegetables might be contaminated, soft drinks and dairy products too and all this so that producers can save a few rupees. 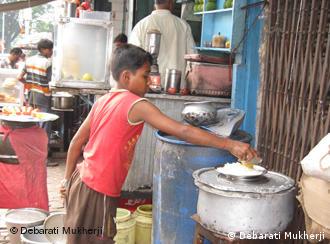 A child having food on the streets

In a recent report, the Public Health Foundation of India attributed 80 percent of all premature deaths to contaminated food and water. Dr. Keya Ghosh is the head of CUTS, Kolkata, an NGO that fights for consumer rights. "Food adulteration in India starts from the field itself where fertilizers and pesticides are overused. Therefore one kind of contaminant that is present across all range of food is very high level of pesticide residues," she says.

But pesticide residues are not the only problem. Many products used in everyday cooking, such as cottage cheese and clarified butter, are adulterated. Coloring agents in spices are also posing problems. The use of carbide to make fruit ripen faster has created a number of health hazards. 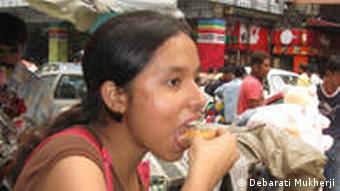 The youth who enjoy the street food are mostly at risk

Young and old are the most affected

Children and elderly people are the most vulnerable to these toxins in food. Although some people say that in a country where 40 percent of the population lives below the poverty line, there should be less stress on adulterated food and more on the fact that people should have enough food to eat. However, the food should be safe, say activists.

The government has introduced a "midday meal" scheme for children in primary schools. But Dr Ghosh says the food is simply not good enough.

Although there exist laws to control and monitor the food industry, until recently there were no uniform food regulations preventing the adulteration of food. Dr Ghosh hopes that the new food safety and standards act will bring some positive change: "With the coming of this act a whole structure will be revamped, more awareness has been generated and people are realising how important food safety is. But for the average mass there is a question because the systems that have been put in place, the kind of certification are all very expensive. A small scale street vendor will not be able to afford it." 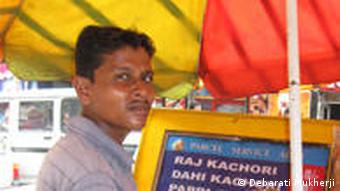 Unfortunately, experts say, there is very little awareness among the Indian public. People are tempted to buy cheaper food and they are likely then to purchase adulterated food. Dr Samir Dasgupta from the Kolkata medical college says that processed food is unsafe in India: "Starting from potato chips to pre cooked ready to eat food, I don't think these are very safe. Because the monitoring mechanism in our country is not that strong."

He and other health practitioners are urging the government to do more to raise awareness about adulterated food among the Indian public.

New cases of melamine contaminated milk products have been reported from three provinces in China. State media said the level of the toxic chemical melamine found in samples was up to 500 times the permitted limit. (09.07.2010)

German food prices are the lowest in Europe thanks to fierce competition from discounters like Aldi and Lidl. But new research suggests the price war may soon end as the chains exhaust opportunities for domestic growth. (02.02.2010)

The amount of food thrown away and buried in landfills around Europe and the United States is contributing to the global food crisis and adding a new dimension to the climate change debate. (25.12.2009)