Floods in Bosnia-Herzegovina expose land mines | Europe | News and current affairs from around the continent | DW | 20.05.2014

With once-in-a-century floods engulfing large areas of Bosnia-Herzegovnia, experts warn that old land mines laid in the 1990s Balkan war could be uncovered and washed up in unexpected places. 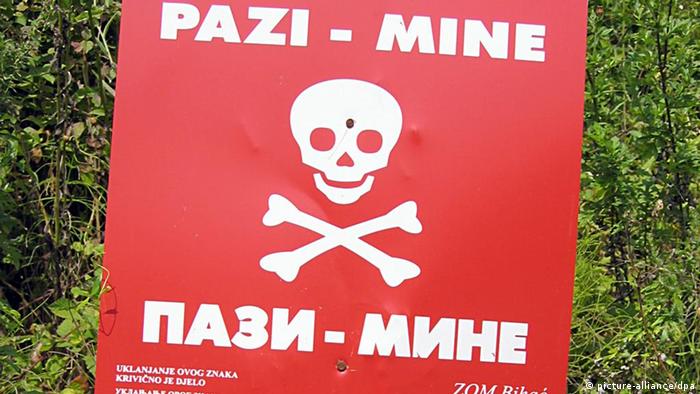 DW: Mr. Küchenmeister, how many land mines remain in Bosnia-Herzegovina?

Thomas Küchenmeister: You can't say for certain. What you can say quite accurately however is that an area of 1,300 square kilometers (500 square miles) - that is, one and half times the size of Berlin - is contaminated - either with unexploded ordnance or land mines. Roughly half a million people are affected.

Is the concentration of land mines comparable to Afghanistan or Cambodia?

Bosnia-Herzegovina has fewer. But they're very highly concentrated in some areas. During the war, large minefields were laid, mainly along the front lines. So they are not everywhere in the country, but particularly abundant in strategically important areas.

Do people in Bosnia-Herzegovina know exactly where they are? 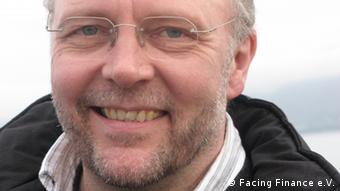 Yes. There was a large study as to where the mine fields were laid. To do so, they also resorted to the expertise of the soldiers who were involved in the laying of the mines at that time. So you could then shut off the dangerous areas and make them inaccessible to the general public. Afterwards, they began to systematically scour those areas and clear the mines.

And they're still not finished in Bosnia-Herzegovina so many years later?

No, the mines are still a problem. The clearance operations and the search are still not yet complete. Many areas continue to be closed to the public.

There are different ways to search for mines - with drones, rats, bees, or even with genetically modified plants. Which is the most reliable?

By hand. Mines are often made of plastic - and a metal detector doesn't help much there. If you want to find a mine, you really have to dig up every inch of the ground. That's very time-consuming and expensive.

In addition, there's the method of mechanical de-mining. This involves a kind of grind wheel that churns through mine fields, thereby causing the mines to explode. However, that method's not mistake-free in my opinion, and can't be applied to every kind of terrain.

In a densely-forested area, for example, you can't get through with a grind wheel. And in Bosnia-Herzegovina, there are many forested regions. There, searching by hand is currently the only reliable means.

Mines are said to have been swept away by floodwaters. What's the likelihood that that actually happened?

Very likely. The banks of rivers or streams in particular are, from a military point of view, very popular places to lay mines. That's guaranteed to also have happened in Bosnia-Herzegovina.

I can recall that there was once a severe flood in Mozambique. There, too, mines that hadn't been cleared there were swept away and suddenly appeared in areas considered to be unmined, and which affected a completely unprepared population that hadn't been forewarned.

That could also happen in Bosnia-Herzegovina?

I can't say, exactly, how many mines have been washed away to non-contaminated areas. But basically, it's very dangerous because the public isn't expecting them at all and isn't prepared. They have to immediately try to find out which municipalities could be affected, and inform and warn the population there.

Especially the people along rivers and streams, I suppose…

Exactly. And especially because it has to do with mostly plastic mines, which are very light. These mines get washed many kilometers away.

Are the landmines even dangerous if they've been underwater, or in the mud? Are the explosives in the mine still explosive?

They can be, but don't have to be. The mines made of plastic only decompose very slowly once in contact with water. They can stay "hot" for decades.

For a mine to explode, what kind of pressure is necessary?

Depends on the mine. There are mines that react to child-like weight - which already describes a part of the problem. You don't need any more than one and a half kilos (three pounds).

Thomas Küchenmeister has been working with explosive devices for decades. He headed the German chapter of the International Campaign to Ban Landmines until just a few years ago. The organization won the Nobel Peace Prize in 1997.

The floods in southeastern Europe have caused thousands to seek refuge in shelters. And while authorities scramble to organize aid, affected locals are taking matters into their own hands and helping one another. (18.05.2014)

People in Serbia and Bosnia are struggling to deal with the record floods which have inundated vast areas and cut power supplies. There is increasing concern about health problems because of contaminated water. (19.05.2014)