Five Ukrainian authors you should read 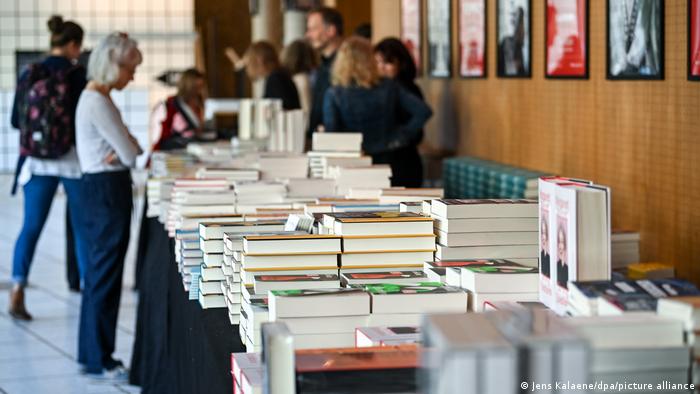 In collaboration with Frankfurt Book Fair and the PEN Center, the International Literature Festival Berlin, which runs from September 7-17, 2022, has launched a call for cultural institutions to participate in a worldwide reading of Ukrainian literature on September 7.

The readings mark solidarity with Ukraine during the war, all while creating an opportunity to discover authors from the country.

Beyond their acclaimed literary work, many of them are involved in their country on a political level. 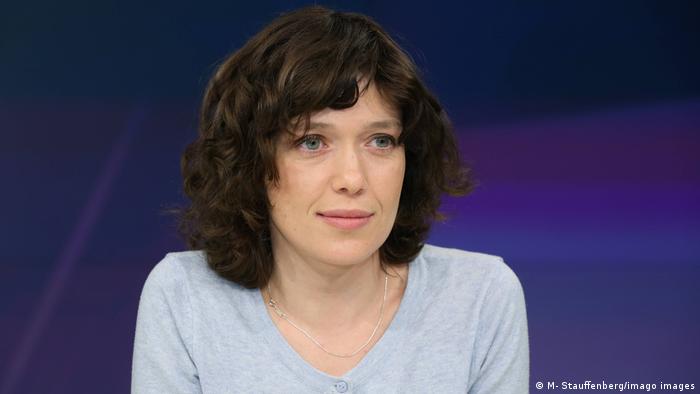 "Today I woke up early in the morning and saw eight missed calls on my cell phone. They were from my parents and some friends. [...] I felt a cold uneasiness. I called my cousin, because her beautiful voice always has a calming effect on me, brave and rational. She just said, 'Kyiv has been shelled. A war has broken out.'"

Written on February 24, 2022, those words were the opening entry from Yevgenia Belorusets' war diary. The noted artist and photographer's journal was exhibited at the Venice Biennale, as part of the Ukrainian Pavilion; her observations were also published in the news weekly Der Spiegel.

Beyond her diaries, Belorusets is the author of several books, including her latest collection of short stories, "Lucky Breaks." Initially published in Ukraine in 2018, the German translation won a major literature prize in 2020, and the English translation was published in March 2022. It portrays women from the Donbas region, with many of them having fled when the war erupted there in 2014.

This author first left his mark in Ukraine by co-founding in the 1980s a group of poets called Bu-Ba-Bu (burlesk–balahan–bufonada; burlesque–farce–buffoonery), promoting experimental and non-conformist poetry that rebelled against the official doctrine of socialist realism as well as any dogmatic seriousness in the literary genre.

His novels, including "The Moscoviad," "Perversion" and "Recreations," have been widely translated. His essays also explore cultural identities and his pro-Ukrainian and pro-European views. He has also translated several works of world literature in Ukrainian, from Shakespeare to Rilke to American Beat Generation poetry. 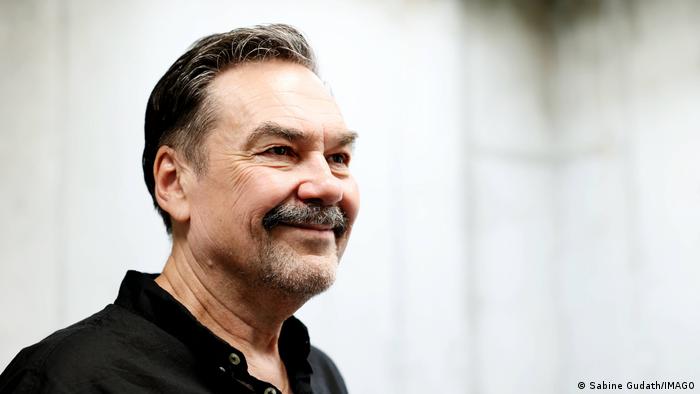 A poet, a novelist, an essayist and an activist: Yurii Andrukhovych

Yurii Andrukhovych is also well known in the German-speaking world for his commitment to building ties between Ukraine and the European Union, which has earned him several prestigious accolades in Germany, including the Goethe Medal (2016) and the Hannah Arendt Prize (2014).

When Oksana Zabuzhko's provocative novel "Fieldwork in Ukrainian Sex" came out in 1996, it triggered controversy among critics and readers, but also spent a decade at the top of the country's bestseller lists, becoming "the most influential Ukrainian book for the 15 years of independence," according to a poll from 2006.

It tells the story of a woman who aims to break free from Ukrainian conventions imposed on women, exploring along the way certain aspects of the country's cultural identity, just as Ukraine was in the process of redefining itself through independence. It is now among the most widely translated works of new Ukrainian prose in the world. 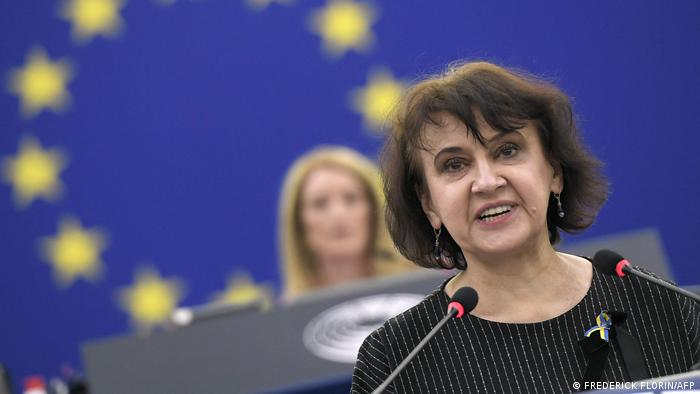 At the European Parliament on International Women's Day, Zabuzhko paid tribute to resilience of Ukraine's women

She was vice president of the Ukrainian branch of the PEN center from 1995-2010.

On March 8, 2022, Zabuzhko addressed a plenary session of the European parliament in Strasbourg, becoming the first person who is neither an EU citizen nor an official to do so.

The author of 12 books of poetry and seven novels, Serhiy Zhadan is described as Ukraine's "rock star poet." 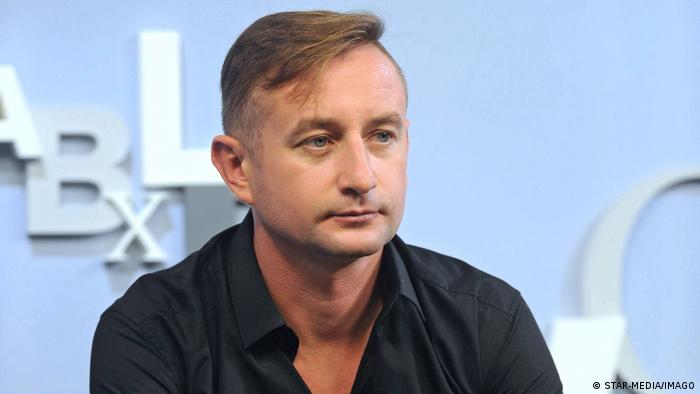 Serhiy Zhadan has a 'rock star status' in Ukraine, all while contributing directly to humanitarian aid in conflict zones

His latest work of prose, "The Orphanage: A Novel," centers on civilians living in a conflict zone in eastern Ukraine. Other acclaimed novels by Zhadan include "Depeche Mode" and "Voroshilovgrad."

Beyond his literary work, he is also renowned for his political activism. His Serhiy Zhadan Charitable Foundation provides humanitarian aid to frontline cities, and he has kept organizing aid in his hometown of Kharkiv following Russia's February 24 invasion of Ukraine. His commitment has been recognized with prestigious awards, including the 2022 Peace Prize of the German Publishers and Booksellers Association and the Hannah Arendt Prize.

The author, born in 1977 to a Jewish family, lost most of his hearing at the age of four due to the mumps. He was a teenager when his family found asylum in the United States in 1993, as they faced antisemitism in Ukraine.

Overcoming the challenges of his youth, Kaminsky gained acclaim with his poetry, written in English, his second language. 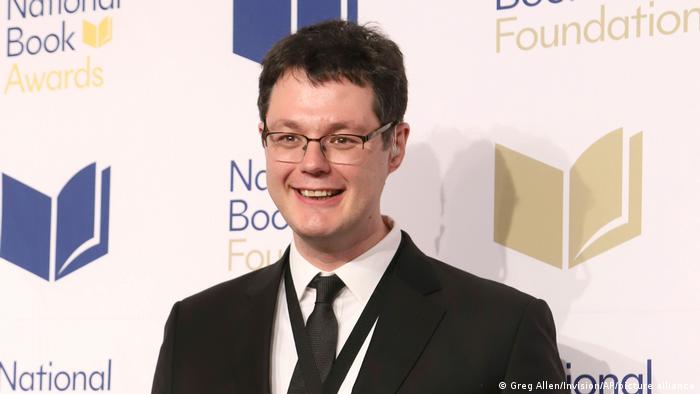 Kaminsky's 'Deaf Republic,' which explores wartime oppression and humanness, has been praised as 'a 21st century classic'

His collections of poetry, "Dancing in Odessa" (2004) and "Deaf Republic" (2019), were widely praised. The latter was selected as best book of the year by several publications in 2019 and was also a finalist for the National Book Award. That same year, Kaminsky was named among "12 artists who changed the world" by the BBC.

A selection of texts by Ukrainian authors, in English