Africa’s largest oil producer, Nigeria, had introduced fuel subsidies to keep prices at bay. But on Wednesday, President Buhari said his government would no longer be able to sustain the process. 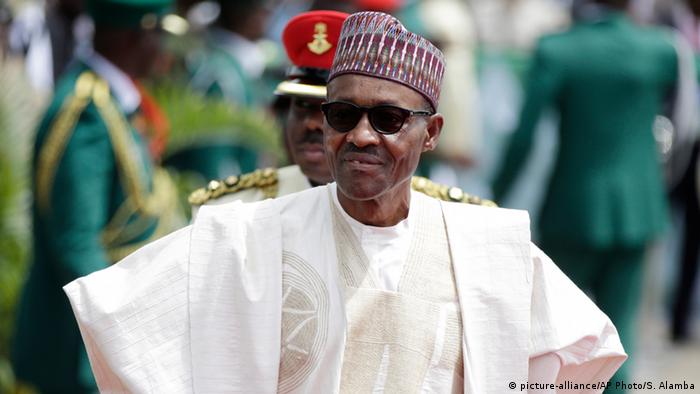 DW spoke to professor Usman Mohammed Muntaqa of Ahmadu Bello University about what could have inspired Buhari's government to remove the contraversial fuel subsidy.

Since the year started Nigeria has spent an excess of $5 billion (4.3 billion euros) on keeping fuel subsidies. The expert said the process of subsidizing the petroleum industry was corrupt and hugely inefficient. He claimed that it does not alleviate the sufferings of low income earners nor end fuel scarcity.

DW: Why did the government of Nigeria decide to remove the subsidies now?

Muntaqa : We were taken aback by the government's decision to remove the subsidy which we believe did not exist in the first place. Surcharge is what exists not subsidy. There is too much corruption in the Nigerian oil industry.

With global crude oil prices dropping to unprecedented levels, the International Monetary Fund (IMF) advised the Nigerian government to remove subsidies. Nigeria is known for it's over dependence on oil revenue, but cannot sustain a continuous subsidy payment.

Why did Nigeria introduce subsidies in the first place?

Muntaqa: Nigeria started subsidizing its petroleum industry in the 1980's after the state-owned company, the Nigerian National Petroleum Corporation (NNPC), had planed to unify the price of crude oil in accordance with the global market. But then-incumbent president, Olusegun Obasanjo, said average Nigerians would not be able to afford a gallon of petrol at the pump. Instead, President Obasanjo introduced subsidy plan to keep the price of petrol low.

According to Ibe Kachikwu, deputy minister of petroleum, a large volume of petroleum products is diverted by corrupt senior government officials. Kachikwu said these officials connive with marketers and transport owners to divert already subsidized fuel from depots to neighboring West African countries including Cameroon, Chad, Togo and Benin.

What are the direct effects on Nigerians?

Muntaqa: Nigeria's economy relies heavily on oil. But low oil prices at the international market thrust a huge blow on government earnings and rating agencies downgraded the economy. President Muhammadu Buhari also had to slash his budget and reduce the country's growth's prospects.

The standard of living in the country also fell as a result, but instead of falling pump price as is in the case of the international market, Nigerians had to pay more for fuel. This has automatically led to an increase in prices of food commodities.

Competition in the oil industry

According to the Nigerian ministry of petroleum, removing fuel subsidies will lead to more players and competition in the oil industry.

How would this affect the Nigerian economy and the West Africa region?

Muntaqa: West African countries will also be affected because a lot of products exported to these countries from Nigeria will increase in prices.

The Nigerian government determines how much foreign currencies private businesses receive to import fuel into Nigeria. There a few oil refineries in the country, but most of them are unable to meet domestic demand. Hence the country relies on fuel importers to fill the gap.

Can Nigeria depend on its local refineries fully in the future?

Muntaqa: This government promised us that the refineries will get back to work but nothing has happened. We have the human resources to make these refineries work.

Secondly, the government said after removing subsidies, oil marketers will be allowed to source for foreign currencies from parallel markets, meaning the Naira will be under pressure because the demand for the dollar will increase and ultimately lead to a crash.

Nigerians were largely unimpressed by a pledge from President Goodluck Jonathan to order an international forensic audit into some $20 billion allegedly missing from petroleum sales. (13.03.2014)

The Red Cross has reported at least 14 casualties after police clashed with protesters demonstrating against soaring fuel prices in Nigeria. (09.01.2012)

Many shops and businesses have remained closed in Nigeria and demonstrators are continuing to protest against the removal of a fuel subsidy by the government of President Goodluck Jonathan. (10.01.2012)