Venezuela, New Zealand, Spain, Angola and Malaysia have been elected to the United Nations most powerful body for a period of two years. Turkey's attempt was rebuffed by members of the international body. 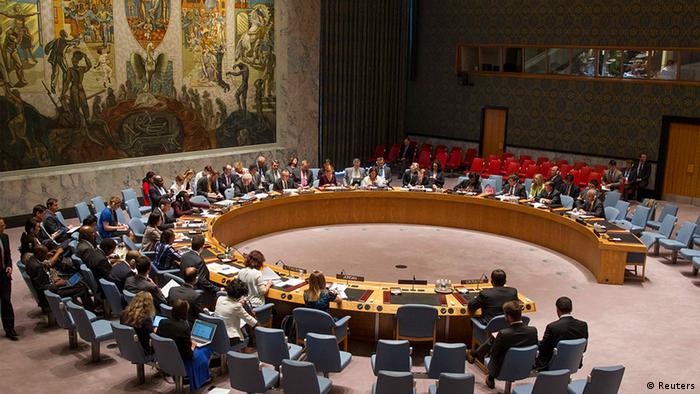 The winners were selected through a vote by the members of the UN General Assembly. While Venezuela, New Zealand, Angola and Malaysia won in the first rounds of voting, Spain only beat Turkey after members voted for a third time.

The contest for votes between Turkey and Spain received a lot of attention as international pressure on Turkey grows following the crisis with the "Islamic State" (IS) in Syria, close to the Turkish border. The five new members will replace Argentina, Australia, Luxembourg, South Korea and Rwanda from January, 2015.

Elections for the non-permanent membership to the Security Council take place every year and candidates need to win at least two thirds of votes by the 193 members of the UN General Assembly.

New Zealand won the largest number of votes on Thursday and Foreign Minister Murray McCully said his nation was "touched" to receive so much support.

The other contenders, Angola, Malaysia, and Venezuela also had a smooth ride, although there were concerns of human rights issues taking a backseat because of some of these members' strategic alliances and history of rights' abuses.

"The Security Council's new membership could prove more problematic on human rights issues, with several generally rights-friendly countries leaving and others coming on board with poor voting records," Philippe Bolopion, UN director of Human Rights Watch, said in a statement. According to Bolopion, the same was true of Angola and Malaysia which need to "demonstrate a more human-rights oriented approach."

Venezuela, for example, has close ties with Syria's President Bashar al-Assad, Iran and Russia, which it has supported through the Ukraine crisis. Foreign Minister Rafael Ramirez said his country had triumphed because of former President Hugo Chavez's efforts and despite a "malign campaign."

Caracas was also spared a veto to its membership by the US, which had publicly opposed the South American country's membership when it participated in the vote in 2006. Ten countries opposed to elect Venezuela as a non-permanent member in the UNSC.

The five countries, New Zealand, Venezuela, Angola, Malaysia and Spain, will join the five permanent members, US, Russia, France, China and UK for two years starting January 1, 2015. The five other non-permanent members, Chad, Chile, Jordan, Lithuania and Nigeria are halfway into their terms.

Venezuelans have been suffering from years of mismanagement and deprivation. The latest figures reveal just how bad things have become: There has been a huge rise in the number of people living in extreme poverty. (05.06.2014)