Five EU member states have called for a summit to discuss "huge disparities" in vaccine deliveries across the bloc. Austria's chancellor has suggested some nations may have signed secret contracts with manufacturers. 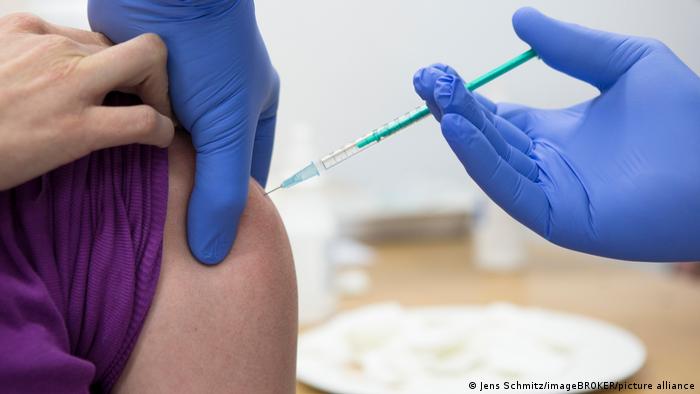 The vaccination rollout in the EU has been comparatively slow

Austria, the Czech Republic, Slovenia, Bulgaria and Latvia have claimed that vaccine deliveries to EU member states are not being carried out on an equal basis and have called for a summit to discuss the matter.

In a letter to top EU officials published on Saturday, they said the current system "would continue creating and exacerbating huge disparities among member states by this summer, whereby some would be able to reach herd immunity in a few weeks, while others would lag far behind."

Austrian Chancellor Sebastian Kurz even suggested on Friday that some EU members might have signed secret contracts with vaccine companies in order to receive more doses than stipulated under EU-wide agreements.

Kurz said the Netherlands and Denmark had access to many more doses per capita than Bulgaria or Croatia, for example.

But Kurz's own Health Ministry has rejected the chancellor's claims, saying negotiations had been "very balanced and transparent."

The EU has said the distribution of the vaccines takes place on a per capita basis. An EU spokesman said that member states could "ask for less or more of a given vaccine" if desired, however.

Another EU official said Saturday that "the coordination in the fight against the pandemic" had already been placed on the top of the agenda for the next summit, scheduled for the end of March.
The vaccine rollout in the EU has so far been sluggish in comparison with many other countries. Authorities have blamed the slow tempo on supply and delivery problems.