In the show, Jews talk about their identity and life in Germany. Current debates are also discussed. 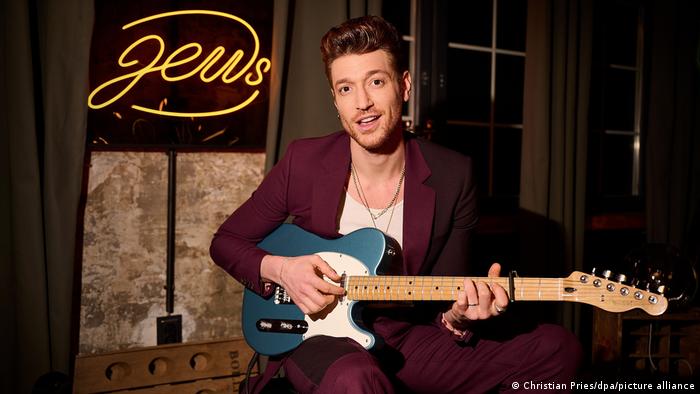 In the very first episode of his show Freitagnacht Jews (Friday Night Jews), host Daniel Donskoy states: "If you ask people what are the three words that come to mind when they think of Jews, the answer you get is: Holocaust, anti-Semitism, Israel. What falls by the wayside: the multifaceted lives of young Jewish people in contemporary Germany. Public broadcaster WDR wants to bridge this gap with its late-night show Freitagnacht Jews — by offering Jews a stage on which to talk about their identity.

For each episode, host Donskoy invites guests to his studio on Friday evening, the start of the day of rest, Shabbat, to talk. The guests eat, drink and play games together. For the evening, Donskoy dishes up home-cooked Jewish meals. "Part of Jewish culture is to sit together on Friday night and have heated discussions. Food makes you feel good, and you lose a filter," he says. 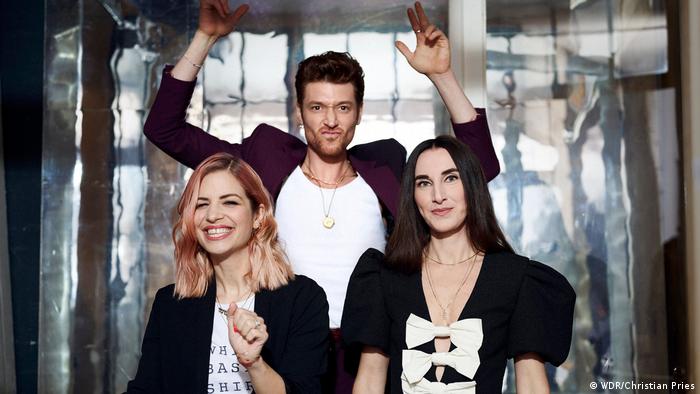 That's one of the show's great strengths: The fact that the discussion itself is at the center results in conversations in which no one has to point fingers in a moralizing manner. None of the guests claims interpretive authority — and, they don't want to. In the first episode, Donskoy talked with actress Susan Sideropoulos and author Mirna Funk about precisely this impossibility of speaking for an entire minority.

"Once a Jew, always a Jew" was the thesis they discussed — the stamp that is put on Jewish people in public once they speak about their identity — an experience that both Daniel Donskoy and his two guests have already had. Each of the eight half-hour episodes deals with various aspects of Jewish life in Germany, such as the compatibility of feminism and queerness with Judaism, or Jewish clichés in film.

But of course Donskoy also talks with his guests about topics that are harder to digest, including anti-Semitism. It's worth noting that the only non-Jewish guest he invited to talk about anti-Semitism was the German-Israeli Muslim psychologist and author Ahmad Mansour, who advocates peaceful coexistence between Muslims and Jews. They talked about growing up as an Arab in Israel, extremism, and why people in Germany prefer to talk about the anti-Semitism of Muslim communities rather than that at the center of society.

Song as a response to hatred

"Anti-Semitism is a sport in Germany," Donskoy rapped in the song entitled Jew that he released in May. He wrote it in response to the hatred he faced, also from conspiracy theorist Attila Hildmann, because of the show — even if most reviews were very good. Donskoy is donating the proceeds of the song to an organization that helps people report the hatred they are confronted with. "I stand for #Nohate and respond with art instead of hatred," Donskoy writes in the description of his YouTube video. 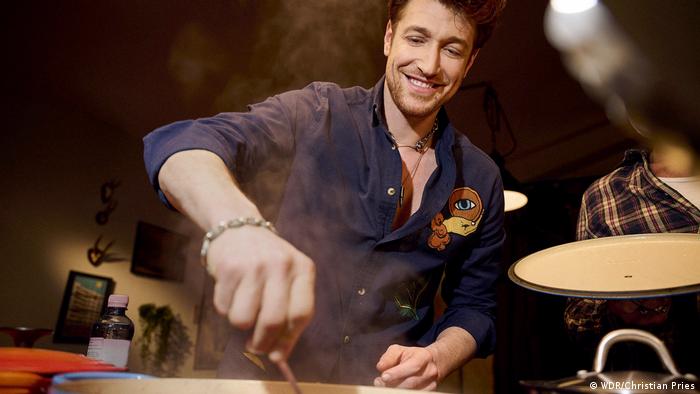 Daniel Donskoy is not only a musician, but also an actor and cosmopolitan. Born in Russia, he grew up in Germany, studied in London and New York, and lived in Tel Aviv. He is known in Germany for his roles in TV crime series including Soko and Tatort, and also played Princess Diana's lover in the hit series The Crown. Hate and agitation are nothing new to him. Even as a schoolboy, he experienced discrimination.

To be sure, his new show is not an all-purpose weapon against anti-Semitism. "But it is an attempt to gain a new perspective on each other," Donskoy said. "No, we're not all the same, so let's celebrate our differences!" The first show of its kind, Freitagnacht Jews, was launched in April by public broadcaster WDR as part of its focus on the festival year celebrating 1,700 years of Jewish life in Germany. Producer David Hadda says it's important to "show the current realities of life for Jews in Germany in an entertainment format that celebrates diversity and variety within the Jewish community." The show is based on the idea that people do not have a one-dimensional identity. It has been well received by viewers. So well, in fact, that after its online launch in the WDR/ARD media library and on YouTube, the show is now also on television — Fridays at 11:30 p.m. on WDR.