Fireworks: Can they ever be eco-friendly? | Environment | All topics from climate change to conservation | DW | 30.12.2020

Fireworks: Can they ever be eco-friendly?

Germany has banned the sale of fireworks for this New Year's Eve. Might this be a chance to look for more sustainable alternatives to pyrotechnics? 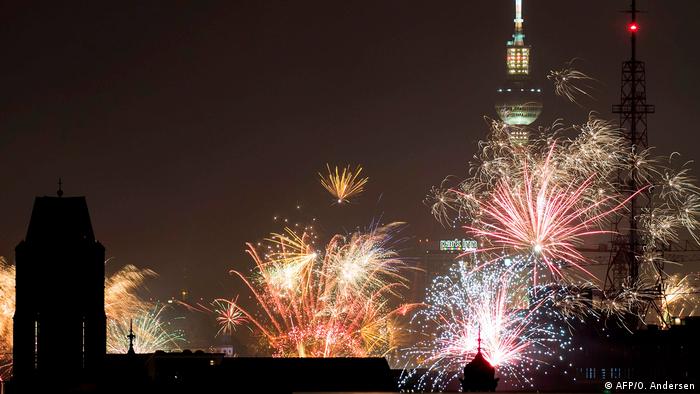 First developed in China more than a thousand years ago, fireworks have since become an integral part of celebrations all over the world. From New Year's Eve festivities, to US Independence Day and Diwali in India, many events have become almost synoymous with the spark and spectacle of mini explosions lighting up the night sky.

But as awareness of climate and environmental issues grows, the impact of these pyrotechnic light shows is inching into a spotlight of its own. Made of harmful plastics and chemical compounds, fireworks don't only cause ground pollution, but can seriously affect the quality of the air we breathe.

The real impact of fireworks

In November, concern over excessive air pollution during the coronavirus pandemic prompted several Indian states and the capital of New Delhi — which has one of the worst smog problems in the world —  to ban fireworks from this year's Diwali festival.

Often known as the festival of lights, Diwali is a five-day celebration observed by Hindus, Jains and Sikhs that ends in large firework displays.

Many revelers defied the ban. On the final day of the festival, the India Air Quality Index (AQI) recorded "severe" fine particulate matter (PM2.5) levels of 481 in the capital. The index has a maximum rating of 500.

According to the World Health Organization (WHO), "PM2.5 can penetrate the lung barrier and enter the blood system. Chronic exposure to particles contributes to the risk of developing cardiovascular and respiratory diseases, as well as of lung cancer."

In Germany, a recent Federal Environmental Agency report said over 2,000 tons of particulate matter are added to the atmosphere every year by fireworks. Of that, 75% is generated on December 31st, when the skies and pavements become a canvas for bangers and rockets let off at will on any and every street corner.

Jürgen Resch, leader of the German environmental group the Deutsche Umwelthilfe (DUH), has long been campaigning for  stricter firework legislation. Though estimates on levels of greenhouse gas emissions generated during the country's annual festivities vary, Resch explained that the problem goes beyond air pollution.

"In Germany, we see 10,000 tonnes of plastic and hazardous waste caused by fireworks left lying around after New Year's Eve every year," he said. 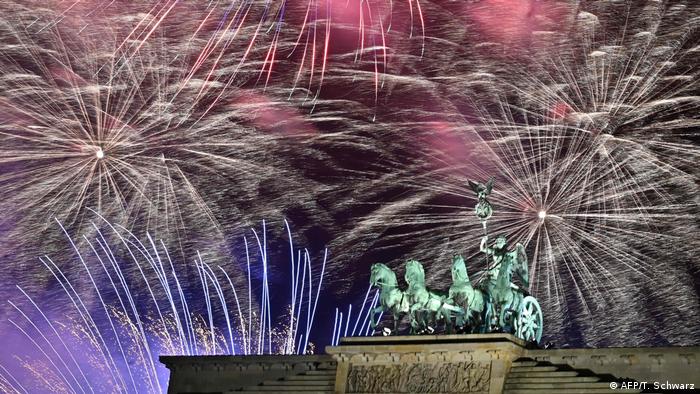 Trash litters the streets of Frankfurt on January 1

Georg Alef from leading German fireworks manufacturer Weco is quick to point out that there is no such thing as a climate-neutral firework. But he says modern technology has made a difference to their environmental impact, and that his company is working to make its products more eco-friendly.

"There is a combustion and as with every combustion, reactions produce something into the air. Our products are not free of fine particles," he said.

"But then there is the question of the use of heavy metals or heavy metal compounds such as lead, mercury, chrome and so on. These are all natural components, which were perhaps still used in parts in the last century. But today they are banned."

Alef claims Weco has gone further than many other firework manufacturers: for example by trialling compostable fibres in their rockets and using batteries that are partly made of plant-based materials. By 2021, they hope to be able to replace the plastic caps of rockets with a version made from recycled paper. Nitrogen-based rather than carbon-based fireworks are also produced by some companies.

Weco says one issue slowing down progress is that biodegradable materials are both more expensive than regular firework parts and not yet widely available. There's also the issue of safety. It can take years for new firework components to be properly tested.

"We can't use every (eco-friendly) component, especially when it comes to security concerns," Alef said. "And if you want to have complete zero emissions, then the only way is to get rid of fireworks entirely."

That is an appealing thought for the likes of Resch.

"Why do we have to celebrate events by firing rockets and letting off explosions in this primitive way?" he said. In South Korea, a drone show was used as an alternative to a fireworks display as a symbol of hope in the pandemic 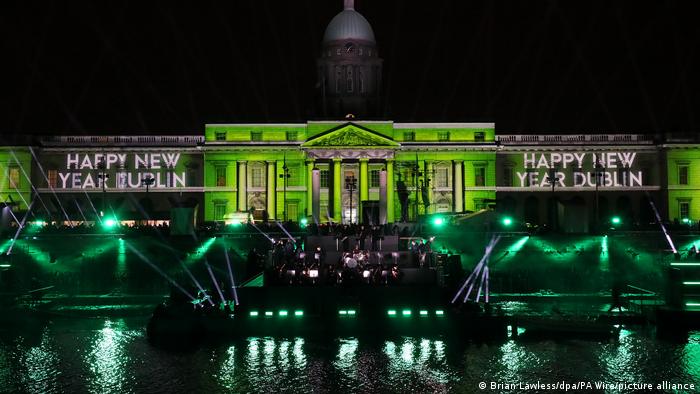 Laser shows are sometimes used in tandem with firework displays

And there are alternatives. In South Korea, where fireworks usage is largely limited to official events, drone shows have gained traction in recent years, often producing brilliant and beautiful results.

The German city of Landshut, where fireworks have been banned at New Year's Eve for several years, has become renowned for its impressive laser light shows. And in the Irish capital Dublin, previous years have been welcomed in with a mixture of traditional pyrotechnics and laser shows.

While Alef believes fireworks are an important part of German culture and an "artform" that must be preserved, Resch hopes the pandemic will offer a chance for firework-loving countries to embrace more environmentally-friendly alternatives.

Police have launched an investigation into a motive after dozens of assailants attempted to storm a police station armed with fireworks and metal bars.

Celebrating the Fourth of July in the age of COVID-19