Firefighters battle 17 wildfires across California, other US states and Canada

Carr Fire in Northern California is the most destructive of 130 large, active wildfires burning across the US from Texas to Alaska and in Canada. A second firefighter has been killed near Yosemite. 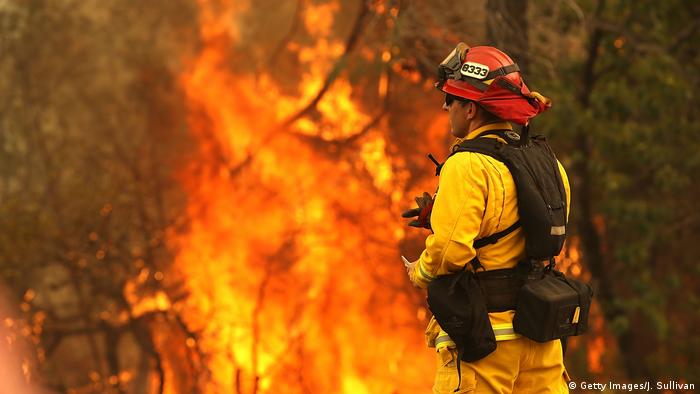 The Carr Fire has burned 360 square kilometers (139 square miles) of vegetation in Northern California since it began last Monday. More than 500 buildings — 300 of them homes — have been destroyed and 39,000 people have been evacuated in and around the city of Redding, north of Sacramento. 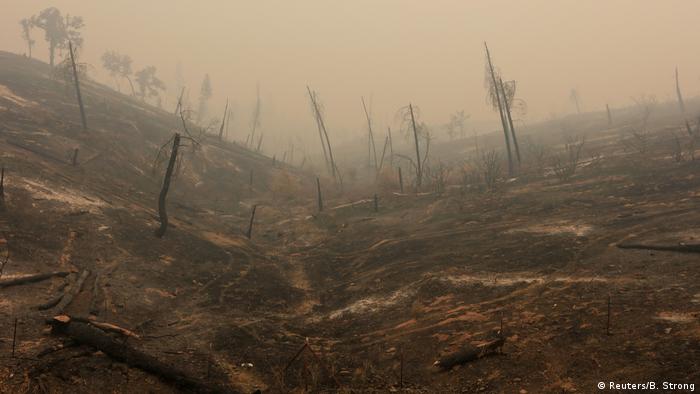 Trees on a hillside near Igo, California have been left burned by the fires

Shasta County Sheriff Tom Bosenko said one more person had died in a house lost to the fire, bringing the total number of casualties to six.

The incident commander for the fire around Redding expressed some hope on Sunday that firefighters may be able to bring it under control: "We're feeling a lot more optimistic today, as we're starting to gain some ground rather than being in a defensive mode on this fire all the time," said Bret Gouvea of the California Department of Forestry and Fire Protection. The fire was 5 percent contained by Sunday morning, with advances expected before nightfall. 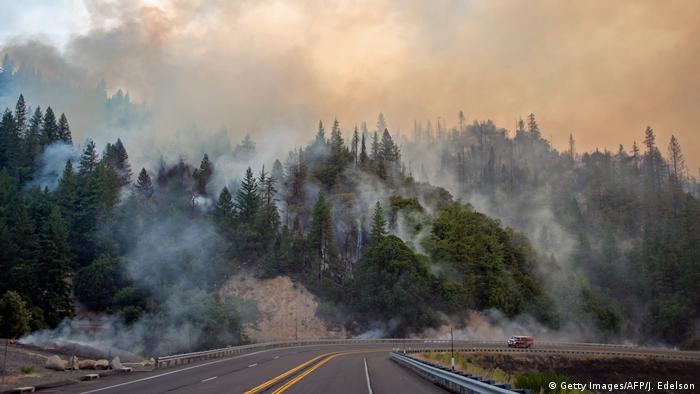 The Carr Fire is the worst of 17 wildfires being fought by 12,000 firefighters in California. High temperatures, strong winds and land dry from long-term drought have combined to make this start of the annual wildfire season one of the worst.

With so many people kept away from their homes, authorities are patrolling the areas and intend to arrest anyone who is found in the evacuation zones. 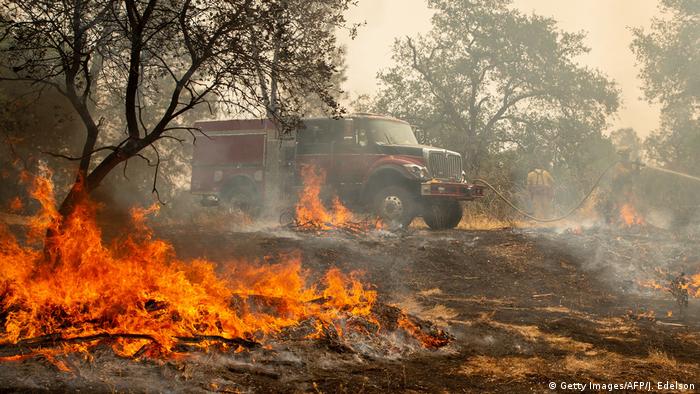 Firefighters tackle a hotspot near Redding

"If we don’t arrest them for looting, they will be arrested for something else," Redding Police Chief Roger Moor said. "It’s a no-tolerance stance."

US President Donald Trump approved a state of emergency declaration in California due to the fires. It means federal agencies can be mobilized and provide resources to areas affected by the fires.

In Canada, Ontario's Ministry of Natural Resources said on Sunday that there were 39 active fires in the north east of the province, 12 of them out of control.

The British Columbia Wildfire Service said firefighters were tackling a number of wildfires, including one just outside the Kootenay National Park.