A Finnish pilot project could show Europe how to reduce greenhouse gas emissions well beyond the levels mandated by the European Union. 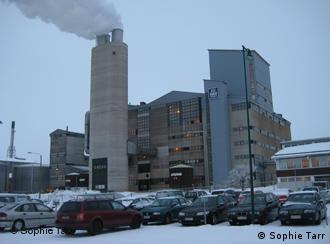 Greenhouse gas emissions have become a global game of tug-of-war. On the one hand, environmental activists say tougher reduction targets are necessary to stall global warming; on the other, business and political leaders argue over who should foot the bill.

The need for a compromise is what led to the Finnish Carbon Neutral Municipalities project, or CANEMU, which is supported in part by the Finnish Environment Ministry.

Five municipalities committed themselves to becoming living laboratories, to find ways to cut emissions beyond European Union mandated levels ahead of schedule and in an economically sustainable way. All five have committed to decreasing greenhouse gas emissions by 80 percent from the 2007 level before 2030.

"We feel that we have to make example municipalities, that we can say hey, let's make the impossible, possible," said project leader Jyri Seppälä, from the Finnish Environment Institute.

He said that in the first two years of the project, which was launched in 2008, participating municipalities took more than 70 measures to enhance energy efficiency and make pro-environmental investments – from expanding cycle path networks to using renewable energy to heat town halls.

Leader of the pack

The most ambitious of the five municipalities is the small, western Finnish town of Uusikaupunki, which committed itself to a 30 percent reduction in greenhouse gas emissions from 2007 levels by the end of this year. 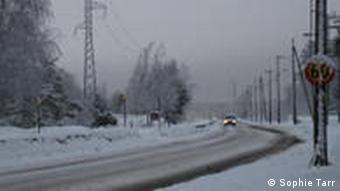 When the first phase of the CANEMU project was completed last year, the town had already cut its emissions by 14 percent from 2007 levels.

Other towns in the project have been less successful. In mid-2010, the nearby town of Mynämäki had made emission cuts of 3 percent. At the same time, the municipality of Padasjoki had reduced emissions by 2 percent, Parikkala had reached 2 percent and Kuhmoinen had made cuts of just 0.5 percent.

Although he expects all municipalities involved to have met reduction targets of at least 5 percent by the end of 2012, Seppälä said that Uusikaupunki's early results are due largely to the town’s cooperation with local industry.

That cooperation is also key to keeping costs low. Once local businesses are in a position to profit from energy efficiency, emission reductions become naturally sustainable. 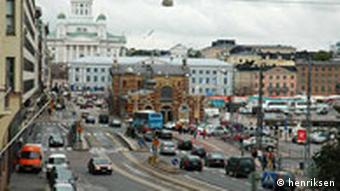 Sybimar is currently constructing a sustainable fish farm and greenhouses. Waste from the fish farm is converted into biofuel, which in turn powers the greenhouse and any extra fuel can be used elsewhere.

After completion, the factory will be capable of producing about 300 to 400 tons of biofuel annually.

"I think the working climate in Uusikaupunki at the moment is very good for our company," Salminen said.

One of the reasons Uusikaupunki was eager to be involved in the CANEMU project, said Mayor Koski, was the hope that it could help attract more environmentally conscious businesses to the area and turn Uusikaupunki into a green hub.

"One objective has been to create models for others, of what you can do in this field, and to develop new technology to realize these possibilities," he said.

Fertilizer firm Yara, which produces nitric acid in Uusikaupunki, is taking this approach. Two years ago, the local plant was emitting about 10 kilos of nitrous oxide, a greenhouse gas more potent than carbon dioxide, for every ton of nitric acid it produced. By developing and installing new catalysts, which turn nitrous oxide into atmosphere-friendly nitrogen and oxygen, Yara was able to cut that by about 90 percent.

"We want to commercialize these catalyst sales, so that is actually a very big part of the motivation," local plant manager Taisto Koivumäki told Deutsche Welle.

Mayor Koski says that, with local business and industry largely on board, the next step is to raise local awareness about how to save energy. Beyond that, CANEMU participants hope to provide a model of sustainability which inspires action elsewhere in Europe.

A quick profit was what investors cared about before the financial crisis hit the markets. Now, more investors are looking to invest in an ethical and eco-friendly way - but that also means weeding through the scams. (18.01.2011)

At the United Nations climate talks in Cancun, German Environment Minister Norbert Roettgen stressed the economic advantages of tackling climate change, by investing in the future. (09.12.2010)