Finland's government has tendered its resignation. The head of the prime minister's parliamentary group said Premier Juha Sipila stepped down because of a failed health care reform. 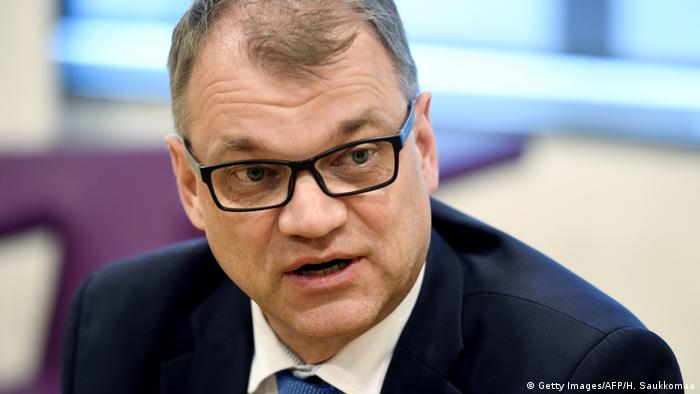 Finland's Prime Minister Juha Sipila officially offered his government's resignation to the president on Friday morning and was accepted, the president's office said.

President Sauli Niinisto has asked the government to continue as a transition Cabinet until a new administration is appointed.

According to the head of Sipila's Centre Party parliamentary group, the prime minister stepped down after a reform of the health care system failed.

"Prime Minister Sipila will request his resignation because the health care reform cannot be accomplished during this government term," Antti Kaikkonen wrote on Twitter.

At a later press conference, Sipila said health care had been one of his government's main goals and that he was "hugely disappointed." He added that resigning had been "his personal decision."

Under the plan, regional governments would take over the provision of care from local municipalities.

The government said the reform could have kept the annual growth of social and health care costs between 2019 and 2029 to 0.9 percent instead of the current estimate of 2.4 percent. Opposition parties criticized the increased role envisaged for the private sector.

Sipila had previously said he would resign with his government if the reform failed.

Sipila, a former businessman who became a millionaire in the IT field, has been prime minister since May 2015. He heads a coalition made up of his Centre Party, the conservative National Coalition and Blue Reform, another conservative grouping made up of defectors from the nationalist Finns Party.

The country is scheduled to hold general elections in mid-April and is due to take over the rotating presidency of the European Union in July.

Crossing the bridge between childhood and adulthood isn't easy. How prepared were you for that leap into the next phase of life? An innovative Finnish program aims to help students make that step. (11.07.2018)

In a major ruling that exceeded prosecutors' requests, a court in Finland sentenced a man to prison for harassing journalist Jessikka Aro. She had been targeted for years by pro-Russian trolls over her reporting. (18.10.2018)