With German support, the Vietnamese government has begun an effort to identify the remains of 500,000 war dead. But the effects of decades-long contamination will make this a tough task. 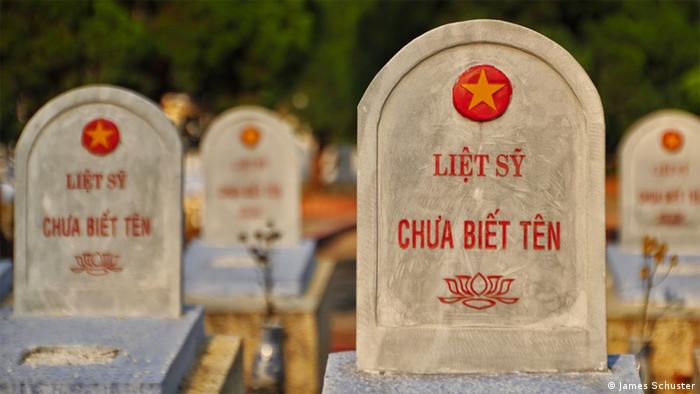 Tombs of unknown soldiers from the Vietnam War

As part of the Vietnamese lunar calendar, some locals believe that ghosts emerge during the celebration of Tet Trung Nguyen. The spirits of the dead rise from the underworld to look over the realm of the living. In order to properly receive their ancestors - and to avoid being punished with bad luck - those taking part in the celebration prepare ritual dishes, burn votive paper money and light lanterns.

Honoring the dead and remembering forbears is a central component of Vietnamese culture, a practice which is represented ancestral shrines placed in nearly every home. This has made it all the more difficult to bear for the families of hundreds of thousands of victims of the Vietnam War, who have been buried in mass graves without identification. To this day, many families hope to track down where their dead have been laid, in order to give them a proper burial so that their souls may finally rest in peace. 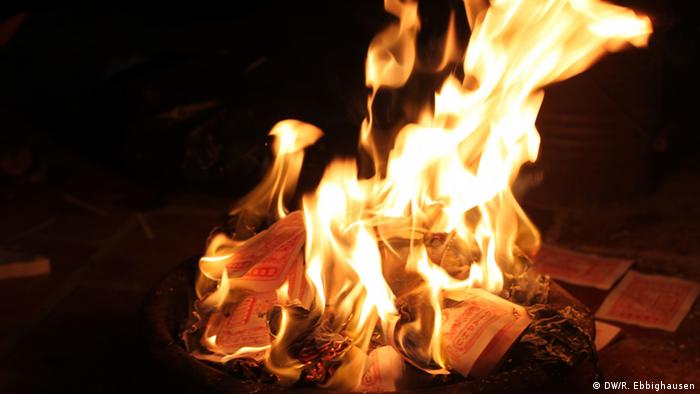 In recent years, the Vietnamese government has worked to separate and identify bodies placed in mass graves. But now they have decided to systematically deal with the entirety of graves in the country once and for all.

"The identification project represents a decisive step towards overcoming our painful past," said Tran Dong, counselor for science and technology at the Vietnamese Embassy in Berlin. Doing so will also help families find a greater level of peace, he said.

The remnants of the estimated 500,000 dead must be gathered to have their DNA determined and matched with surviving relatives. "A project of this scope will last years, perhaps decades," said Wolfgang Hoeppner of Bioglobe, a genetic laboratory based in Hamburg that is involved in the work. Hoeppner is behind the design of the project.

But Bioglobe isn't the only German organization taking part: the Department of Legal Medicine at the University of Hamburg and scientific technology companies QIAGEN and Eppendorf AG are contributing as well.

Hoeppner's laboratory is training forensic experts from Vietnam to utilize the latest technology from QIAGEN and Eppendorf AG to examine the remains. "The goal is to have a certain number - about 300,000 - of these skeletons examined in five years," Hoeppner explained.

That will not be easy, however. The Vietnam War ended in 1975, meaning that the remains have been exposed to over 40 years of tropical climate, microorganisms and plant roots, all damaging to DNA. The genetic material is "very strongly degraded and by now contains only traces of DNA," Hoeppner said.

"It will be relatively difficult to extract these traces." He is confident, though, that improvements made over the past decade lend hope to the task, although he cannot guarantee that all remains will be matched.

Hoeppner added that cooperation is going "terrifically" with the Vietnamese colleagues now in Hamburg. How things will continue on-site in Hanoi in a few months remains to be seen. But he has heard so far that the laboratories will by then be reconstructed to meet especially high standards to prevent further contamination of the remains. 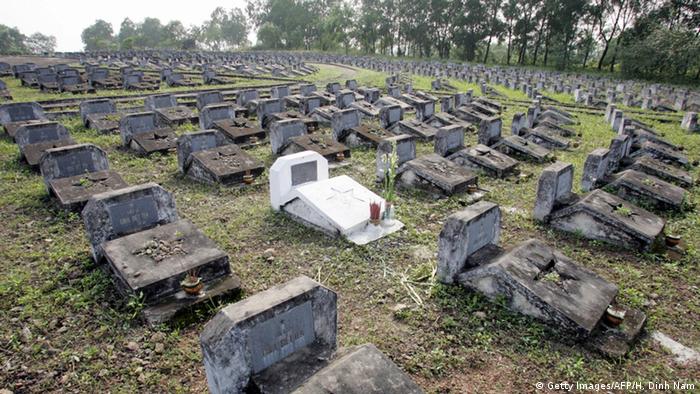 Those searching for a lost relative can turn to the authorities for assistance. The first step is to determine the time frame in which the missing relative is believed to have disappeared. Another important step is to find out in which military unit the relative served, as well as his or her last known location, if possible. Then, the DNA samples of the survivors are cross-checked with the database of DNA samples of the deceased. Finally, the scientists will seek to determine the probability of a match with the missing person.

"If the probability is high enough, then you hand over the remains to the relatives of the deceased," Hoeppner added.

Since its inception, the experts working on the project have put together a comprehensive genetic database from thousands of Vietnamese citizens. But there are risks of the data being misused.

Hoeppner pointed to the participation of the International Commission on Missing Persons (ICMP), which collects data on persons gone missing as a result of war and natural disaster. The ICMP manages the sensitive data as securely as possible, though total anonymization would render the matching of DNA impossible.

"It’s important that the ICMP shares the lessons it gathered in Yugoslavia with the Vietnamese to address the ways in which this project can to be managed to avoid abuse," Hoeppner stressed. "Of course, if the government places no value on this, then it cannot be influenced from the outside," he added. It is clear to Hoepnner, however, that people would not be providing their data if they feared it would be used for other purposes.

According to an observer group, the Russian military has been widely using cluster munitions in its attacks. These types of weapon have been condemned internationally as it hits civilians the hardest. (25.12.2015)

US President Barack Obama has received the leader of Vietnam's Communist Party at the White House, discussing human rights, trade and the South China Sea. Washington and Hanoi are marking 20 years of normalized ties. (07.07.2015)