Filmmaker Urges International Tribunal to Probe 9/11 | Europe | News and current affairs from around the continent | DW | 08.09.2008

Italian film-maker Giulietto Chiesa, who was in Berlin for a screening of his documentary which questions the official US version of the 9/11 terrorist attacks, has called for an international tribunal to probe events. 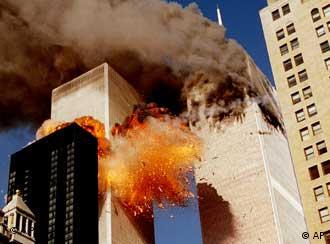 The Sept. 11 attacks have provided fertile ground for conspiracy theories

Chiesa was in Berlin at the weekend for a screening of his film which features, among others, novelist Gore Vidal and playwright Dario Fo as well as retired American professor of philosophy David Ray Griffin who advances conspiracy theories that contradict mainstream accounts of events of 11 September, 2001.

Federal Aviation Administration controllers, US Air Force pilots, military commanders and physicists also appear in the critical documentary, which the director hopes will create "political awareness" of the "faulty" official investigation into the events by the 9/11 Commission.

"Some of the individuals appearing in the film are former FBI and CIA agents, people who have in a sense taken a very big risk in speaking out. I am very grateful to them because they have done a big job," said Chiesa.

"The film would not have been possible without them," he said, adding that ZERO had been seen in France and Belgium at individual screenings, and by more than 20,000 people in Italy. But the film so far has not gained a distributor in Europe.

Pushing for an international tribunal

Chiesa, one of Italy's most respected journalists and a La Stampa foreign correspondent for more than 20 years, told his Berlin audience an 9/11 international tribunal could serve a useful purpose. 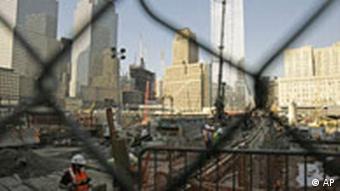 "If feelings were strong enough a positive result could be obtained, but it would not happen immediately. So far it's been the US administration that has won the information fight and obtained their result -- unfortunately," Chiesa said. "Our task is to inform millions of people of the true situation.

Everybody should be involved in this struggle with a tribunal or commission helping once we win approval for the idea," he said.

In an interview with German news agency dpa, Chiesa, a European parliamentary deputy, said Russian television is to give prime time airing to his film on the eve of this week's seventh anniversary of the attacks in New York and Washington.

"That means that some 30 million Russian citizens will learn the truth about what happened, which is a very big result for me."

Chiesa, whose documentary was first screened to a large German audience at the Goethe Institute in Munich in May, was clearly delighted at his reception in Berlin. "It's important that so many people have shown up," he said.

One of a panel of six experts debating the 9/11 topic in Berlin, Chiesa said he was eager for his film to gain more public support and become a "multiplicator" across Germany. "If that happens it means we are making politics in the right sense of the word."

Andreas von Buelow, a controversial former German minister of technology, and ex-state secretary in the Defense Ministry, was among the Berlin participants who said further investigation was needed into 9/11.

He told dpa it was "one of life's characteristics that governments are prone to lie in order to achieve their agendas. The Americans told us that in Iraq, Saddam Hussein had something to do with al-Qaeda, which was absolutely untrue. Even the CIA knew this," he said. 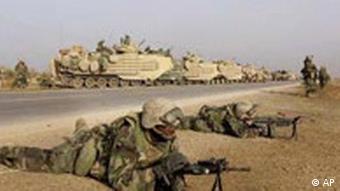 "Then, they told us that Saddam Hussein was preparing weapons of mass destruction, which was also untrue, so they have been lying all over the place and are still fighting there. Meanwhile a million people have been killed."

Asked if there was any prospect of a policy change once the next US president was elected, he replied bluntly "No!"

Juergen Elsaesser, 51, a Berlin-based journalist and author whose latest book is titled "Terror Target Europe: The Dangerous Double Game of the Secret Services," spoke of the huge contradictions in the official US version of the 9/11 events.

"Critics find themselves accused of conspiracy theories, but the biggest conspiracy is to be found in the official 9/11 version of the US government which maintains that Osama bin Laden, from a cave in Afghanistan, along with 19 young Arabs, combined to carry out the most perfidious attack in the history of mankind," he said.

"That just doesn't add up. For me the most important contradiction is how the air defences of the greatest military power on the planet failed to prevent such attacks occurring and that no interceptor fighter planes or rocket systems were ever activated."

German federal prosecutors have indicted three men, two of them Germans who had converted to Islam, for a plot to explode half a ton of explosives at places frequented by US nationals. (02.09.2008)

Germany's top security official said in an interview that confirmation of Germany's first suicide bomber blowing himself up in Afghanistan and recent al Qaeda threats represent a real and growing terrorism danger. (22.05.2008)