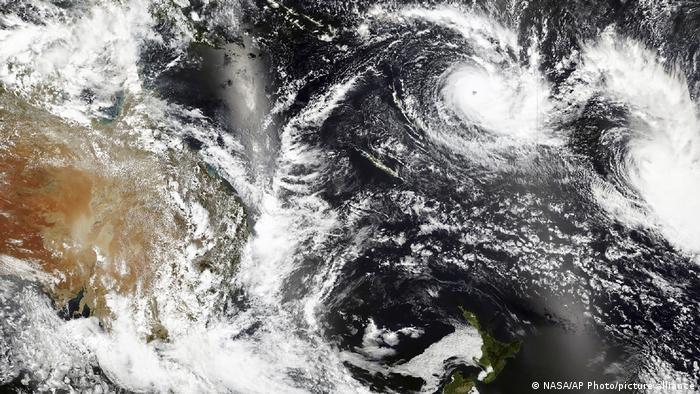 Fijian leaders have urged the entire population of 930,000 to seek shelter under emergency orders as Cyclone Yasa roared across the South Pacific island nation.

Yasa whirled over Vanua Levu, Fiji's main northern island, packing gusts of 250 kilometers per hour (200 miles per hour). It then headed southeast to pass near Suva, the capital, on the other main island of Viti Levu. 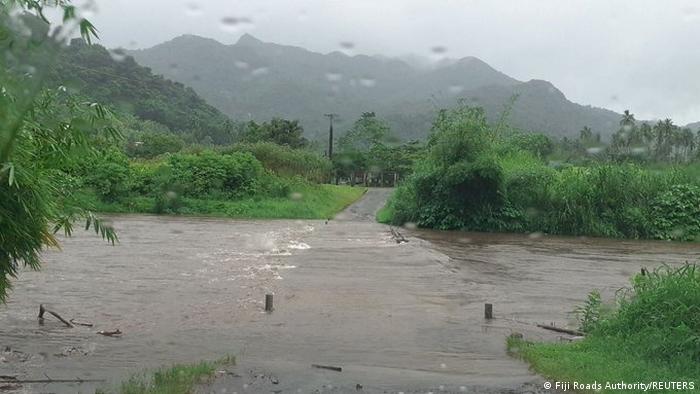 The government has warned Fijians against crossing flooded rivers, streams or walkways

"Prepare, take cover, and pray for Fiji," tweeted Bainimarama. He estimated that 95% of residents were in the path of Yasa, a top-scale Category 5 storm.

Bainimarama said Fiji had been "battered" by 12 cyclones since 2012, adding that this represented a "climate emergency."

Preparing for disruption and destruction

Fiji's residents were stocking up on food as well as drinking water, said Save the Children Fiji chief Shairana Ali, after a warning from the Fiji Water Authority that supplies could be interrupted.

Schools have closed and residents have tried to secure homes mostly made of corrugated iron and timber. In 2016, Cyclone Winston killed 44 people and destroyed tens of thousands of homes in the country.

"People are not roaming around. They're prepping for the cyclone," said eatery co-owner Akshay Kumar, speaking with The Associated Press. "The storm might turn around and hit us like Winston." Prime Minister Bainimarama has said Yasa "could easily surpass" the destruction caused by Cyclone Winston. 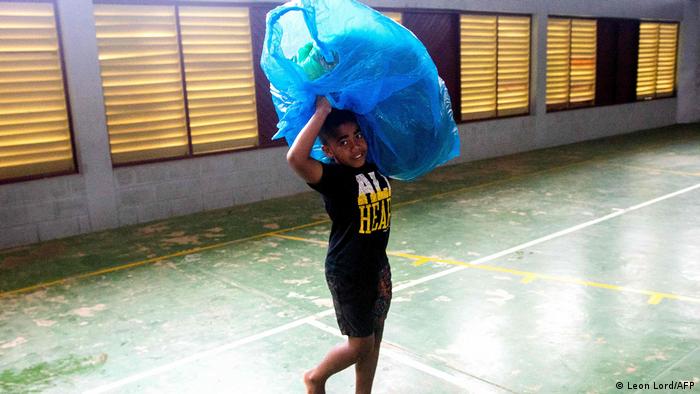 Fijians gathered at temporary shelters set up across the country

Fiji lies one-third of the way between New Zealand and Hawaii. It comprises 332 islands, of which 110 are inhabited.

Weatherwatch, a service based in New Zealand, described Yasa as one of the most powerful cyclones recorded across the South Pacific.

Some 50 foreign yachts, some of Fiji's few current tourist visitors, had been shifted Thursday to southern mangrove waters.