Fighting rages in Yemen as UN appeals to extend ceasefire

Rebel Houthi groups and the Saudi-backed government in Yemen have accused each other of violating a three-day truce. The ceasefire ended at midnight local time (2100 UTC) Saturday. 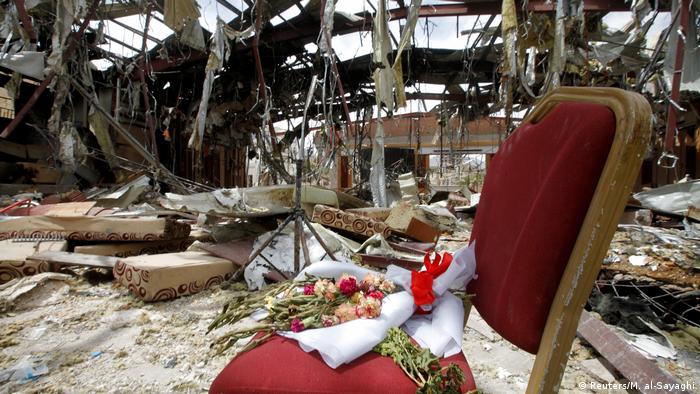 Yemeni rebels and government supporters have continued to engage in fierce combat even after a truce was enforced in the region on Wednesday night.

The UN's special envoy to the region, Ismail Ould Cheikh Ahmed, urged all parties "to show restraint, avoid further escalation and strictly adhere to the 72-hour ceasefire." He said the truce was fragile, but "largely holding" and urged both parties to extend the truce.

Yemen's Saudi-backed government, meanwhile, has accused the Shiite Houthi rebels of violating the truce 449 times in the past 24 hours. After a meeting with the UN's special envoy, Yemen's Vice President Ali Mohsen al-Ahmar said his government wanted peace but would respond to attacks.

"The legitimate government remains committed to restraint in recognition of the efforts of the UN and for the sake of achieving the peace which has been rejected by the coup militias," al-Ahmar said, referring to the Houthis who took over Yemen's parliament in September 2014, forcing President Abed Rabbo Mansour Hadi to flee the country.

The Houthis, allegedly backed by Iran, have called for a negotiated solution to the conflict. Peace talks have so far failed.

The ceasefire came into effect to aid humanitarian deliveries to civilians caught in the crossfire between Hadi supporters and rebels. More than 6,900 people, more than half of them civilians, have been killed since fighting began. Three million have been displaced and millions more are on the verge of starvation, according to UN figures.

Yemen - pinning hopes on a ceasefire

Local media say Saudi-led warplanes have hit a building where hundreds of people had gathered for a funeral. Reports suggest several Houthi military officials are among the casualties. (08.10.2016)