In the wake of a sexual abuse scandal which rocked Haitian football, FIFA has unveiled a new education program to combat abuse. World football's governing body says it has a "moral obligation" to protect players. 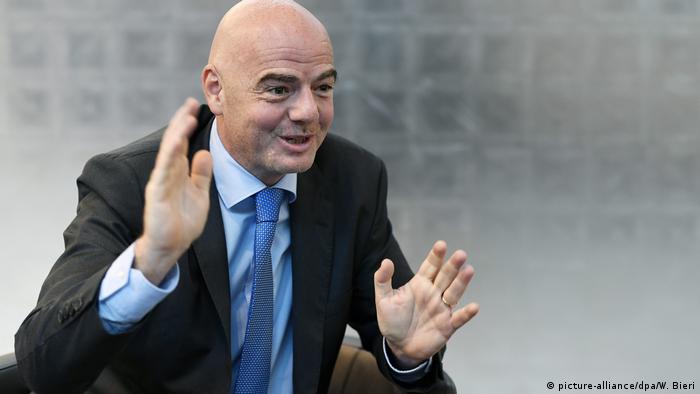 World football's governing body, FIFA, has vowed to strengthen its efforts in protecting young players following systemic sexual abuse in Haitian football, a case that was described as "appalling" by FIFA investigators and that resulted in the federation's president, Yves "Dadou" Jean-Bart, being banned from the sport for life.

Joyce Cook, FIFA's chief social responsibility and education officer, told DW the governing body was planning to adopt stricter safeguarding requirements, including for agents representing young players and for countries bidding to host international tournaments. She said that FIFA's own statutes – essentially the rulebook for its 211 member associations – could also be beefed up.

"It's certainly in our statutes already, this falls under human rights," Cook said. "But I think in the future perhaps we'll look to strengthen that still further, so it's abundantly clear what we say. But our members are very clear what we're saying, and of course, the confederations as well."

Cook was addressing the media as FIFA launched a new diploma in sports safeguarding, which was developed together with the Open University in the United Kingdom. The two-year diploma, part of FIFA's "Guardians" child protection program, is the first of its kind worldwide. It consists of five online courses and is being made available to anyone in professional or grassroots sport.

In a press release announcing the diploma, FIFA President Gianni Infantino said: "Anyone who plays football, or indeed any sport, is entitled to enjoy it in a safe and supportive environment that, first and foremost, protects their well-being, especially where children are concerned."

Former England defender Rio Ferdinand, a member of FIFA's "legends" team who, since retiring, has been vocal on matters of discrimination, added: "Let's end child abuse in sport."

Acknowledging that there were limits to what FIFA could do, Cook said the governing body was "very disappointed" when the Haitian criminal case against Jean-Bart was originally dropped last year. It has since been reopened.

"We're offering additional support to help to facilitate a judicial process to take place in Haiti," she said. "That's another lesson we've learned from Afghanistan, which still remains an open challenge. We've banned the perpetrator [former Afghan football federation president Keramuudin Karim] for life but he's still at large. There have been several attempts to arrest him. With sports we have a limit."

Earlier this month, a report detailing the findings of FIFA's investigation into Jean-Bart underscored how deep-rooted his "inexcusable" behavior was. He was found guilty of raping, sexually harassing and threatening young female players who resided at Haiti's national training center, a web of abuse spanning six years. Jean-Bart, who has gone into hiding, continues to maintain his innocence.

Cook revealed that FIFA had been warned to tread carefully with the Haitian authorities, in a country where, according to human rights groups, the rich and powerful are often able to avoid justice.

"We've also understood where the statutory authorities, the criminal child protection agencies, are either not up to capacity, not efficient, and sadly perhaps can't be trusted or aren't competent for whatever reason," she said. "It makes it even more difficult to investigate these cases because the safety [of victims] has to come first."

"But nevertheless, we understand our obligation morally, our responsibility as the governing body of football," Cook added. "Most importantly, ensuring and protecting the children and women that sadly have been abused, and making sure that we do everything to prevent it from happening again."