FIFA Faces Legal Action Over World Cup Image Rights | News and current affairs from Germany and around the world | DW | 24.02.2006

The world's media is threatening to take legal action against FIFA unless soccer’s governing body lifts the restrictions it has imposed on coverage at this year's World Cup. 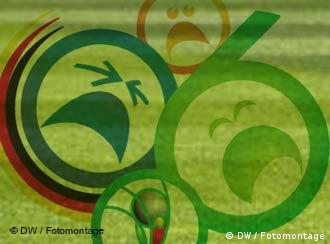 The threat of a law suit against FIFA comes after talks between the two sides aimed at resolving the dispute over World Cup image rights broke down last month. FIFA unilaterally withdrew from the discussions.

Unless the row is resolved in time for kick-off in Germany on June 9, FIFA will be imposing a blanket ban on the use of World Cup photos on the Internet, including on thousands of newspaper Web sites, during matches.

FIFA also plans to severely limit the number of photos that can be used regardless of time limits, and to impose editorial restrictions on the way photos are used in print publications.

Among FIFA's Internet restrictions are a limit of five photos per half of each match and two photos during each half of extra time, including any subsequent penalty shootout.

Additionally, the German soccer clubs will be able to demand fees from radio broadcasters reporting live matches from their stadiums following a court ruling on Tuesday.

The World Association of Newspapers (WAN), representing 18,000 newspapers and 11 news agencies, wrote to FIFA president Sepp Blatter on Thursday to urge him to improve access, or risk legal action

The Paris-based media group claims FIFA's current position will hit soccer fans hard by making it impossible for them to receive comprehensive and up to date coverage of the tournament. 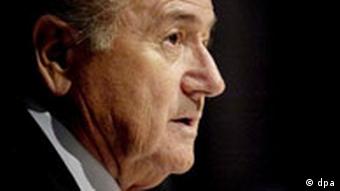 The world's media has FIFA President Sepp Blatter in its sights

"Your restrictions on our journalistic coverage of the 2006 World Cup not only deprive our readers and clients of access to important information on a public event, but constitute both interference in editorial freedom and independence and a clear breach of the right to information as protected by numerous international conventions," the letter stated.

It added: "We are truly saddened and shocked that in the name of maximizing the commercial exploitation of these events, FIFA should effectively turn its back on the news media which give life on a daily basis to football in all its different manifestations all over the world."

Monique Villa, the managing director of Reuters Media announced her displeasure on behalf of her agency in a separate statement: "We defend the freedom of the press to report events without any restrictions. This is our fundamental right to report news as it happens -- be it soccer, politics or war -- and to disseminate it on all platforms, without any distinction." 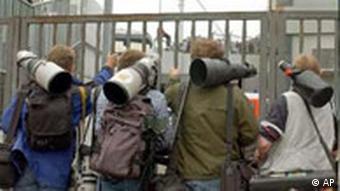 Some media organizations may be locked out of the World Cup

FIFA’s restrictions are imposed as a condition of access to the World Cup. News media are obliged to accept the rules before gaining accreditation, and face expulsion and legal action if the restrictions are broken. FIFA says it will hold news agencies responsible if clients break the embargo or publish too many photos.

FIFA says it needs the delay to protect its commercial rights holders but critics suspect the real reason may be that the organization is hoping for additional traffic to its own Web site, where there would be no restriction on photographs.

WAN and the news agencies contend the rules are groundless because Web coverage does not threaten broadcasters.

German soccer clubs will be able to demand fees from radio broadcasters reporting live matches from their stadiums following a court ruling on Tuesday. (Nov. 9, 2005)

Press Violations on the Rise in Europe

On the occasion of World Press Freedom Day, media watchdog Reporters without Borders says European countries should be doing more to respect press freedom, not least by eliminating prison sentences for media offenses. (May 3, 2005)

The World Association of Newspapers (WAN)

News and information from the World Association of Newspapers (WAN) organization.