FIFA eWorld Cup: Is it a men-only domain?

The FIFA eWorld Cup was recently held at London's O2 Arena, with the world's best players battling it out for a $250,000 prize. But does the tournament remain a male-dominated event? 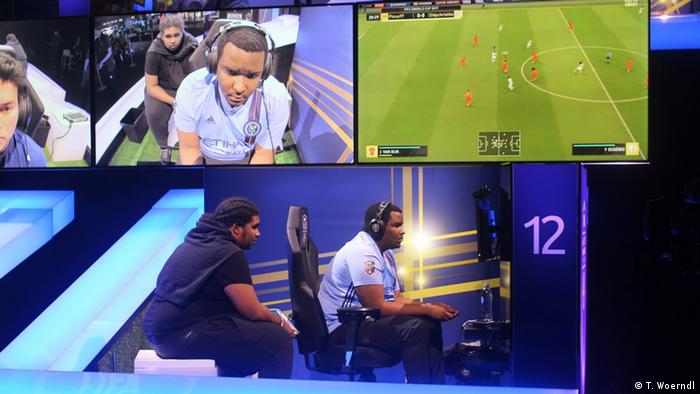 For many fans, the world of eSports may seem like a curiosity, dominated by tech-savvy teenagers. Yet there is undeniable hype and real growth in the industry, with the news of 16-year-old Kyle Giersdorf's triumph at the recent Fortnite World Cup gaining widespread global media attention.

Last weekend, the esports spotlight moved to the FIFA eWorld Cup, with 32 players from 15 countries competing for a first prize of $250,000 (€223 million) at the O2 Arena in London. Like much of the professional gaming industry, there is a stark gender bias at the event in the British capital, with all of the competitors being men. This is despite some estimates suggesting that women make up about half of participants in the gaming world, as well as a significant proportion of online esports viewers.

Koop Brandsma, manager of eSports at Dutch football club Ajax, which has a group of players at the FIFA tournament, confirmed that the game is heavily male-dominated, although his team remain on the lookout for talent, both men and women.

"At the moment, esports reflects the traditional game of football," he told DW. "There's an interest from a fan's perspective, and in terms of our online followers about 20 percent are women, but we haven't found an exceptional female player yet."

The Ajax story highlights the emergence of eSports in recent years, with Brandsma's team working directly alongside the Dutch club.

"The game is definitely going to grow," he added. "We've seen some resistance from parts of the football world, but eSports are here to stay and that's also reflected by the interest of professional footballers in FIFA." 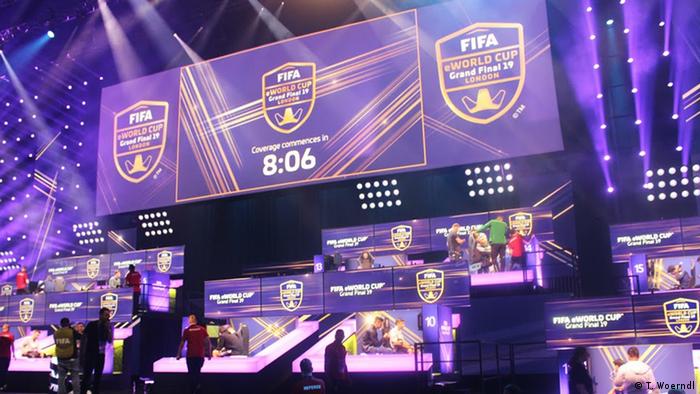 Former Ajax and current Barcelona wunderkind Frenkie de Jong is said to be an accomplished FIFA 19 player, having previously battled it out with Ajax eSports star Dani, who made it to the knockout stages of last weekend's tournament before falling to a 6-3 defeat against France's Rafsou in the round of 16.

One factor that may be deterring women from participating in online FIFA tournaments is the potentially toxic online environment created by a predominantly male audience.

"Girls aren't good enough at FIFA — they don't like soccer," said one onlooker at the O2 event, who is part of a top player's entourage. "Women won't spend the 60 hours a week you need to play the game to get to the top," he added.

However, Tim Katnawatos aka TheStrxngeR, who plays for Swiss eSports team FC Basel, is more positive about the chances of women breaking through into the top echelons of the sport.

"I hope that there will be more female players in a few years," he told DW. "I know that eSports clubs are encouraging more women to play the game."

The German, who was knocked out at the group stages of this year's tournament, said a number of skills are required to become a leading esports FIFA player.

"Concentration is so important, and you have to stay focused," he noted. "You also have to like football and have a knowledge of its tactics, as well as good reaction speeds."

Katnawatos now plays FIFA exclusively — with the exception of a few games of Fortnite with friends — and his training regimen consists of up to 30 matches a day. 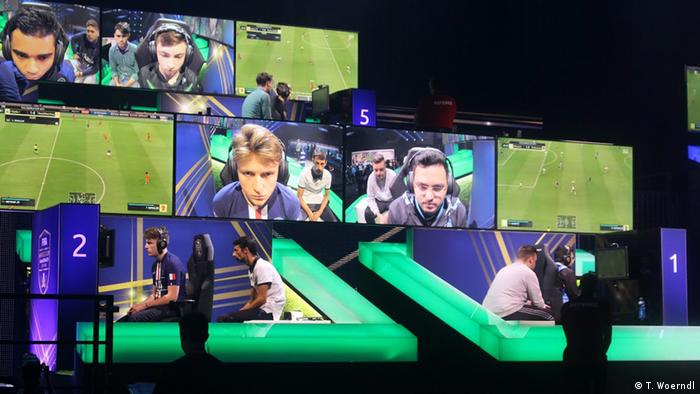 Online audience in the millions

While men dominate the playing side of the eWorld Cup, inside the arena there were a few more female fans, although they are still heavily outnumbered on the densely populated concourse. The majority of the crowd on Saturday were friends and family of the playersls and final. The online audience will have been  much bigger; FIFA estimated that the 2018 competition generated more than 29 million views.

Esports: 'A huge honor to be the first players to represent Germany'

Germany's best FIFA players have been selected to represent their country at the first FIFA eNations Cup in London. Michael "MegaBit" Bittner and Mohammed "MoAuba" Harkous both compete domestically for Werder Bremen. (11.04.2019)