Some experts believe Germany could get 100 percent of its energy from renewable sources by 2050. That might seem like a distant goal - but it's one that's already been achieved in a tiny village in Brandenburg. 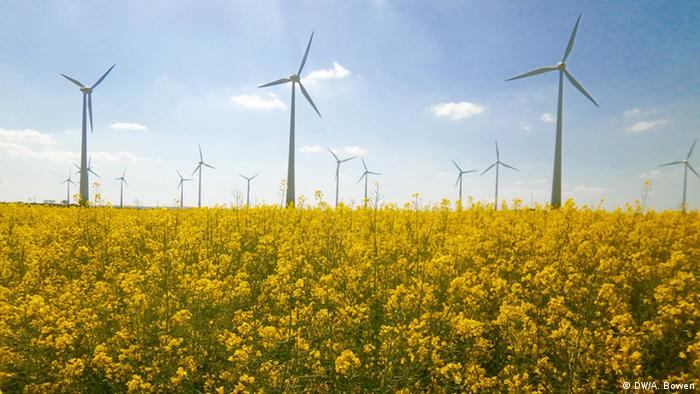 Ask the residents of Feldheim to describe their community, and there's at least one consistent answer: quiet. The village, some 60 kilometers (37 miles) southwest of Berlin, Feldheim is home to 128 residents. On the surface, it's unremarkable. But beneath Feldheim's lone street runs a network of electrical cables and heating pipes powered entirely by renewable energy.

Petra Richter, 51, is a life-long resident of Feldheim and acts as the village's mayor. She said the villagers are immensely proud of what they have accomplished.

"It's unique that in such a short time we all got on board, and that everyone had the chance to help make this a reality," she said.

From wind to biogas to solar

In partnership with the renewable energy firm Energiequelle - of which Raschemann is a co-founder - Feldheim gradually expanded the wind park to its current size, with 47 turbines. 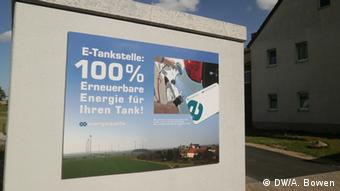 "The project wasn't planned as it is today, it grew bit by bit," said Kathleen Thompson, a British expat who lives nearby and gives tours of Feldheim's renewable energy facilities.

The newest and largest of the turbines alone is on track to produce 9 million kilowatt hours of electricity per year: more than enough to power the entire village of Feldheim several times over. The village wind farm produces so much renewable energy that 99 percent of what it produces is sold on the energy market.

Building on the wind farm's success, the farming cooperative has diversified its business. In the face of falling crop prices and rising energy costs, they decided to build a biogas plant. That facility now turns maize and cereal silage - plus a mixture of pig and cow manure - into methane, which in turn heats and powers Feldheim's homes.

In 2008, the same year the biogas plant came into operation, Feldheim and Energiequelle added a solar farm to their portfolio of renewable energy assets. The farm was built on the site of an abandoned Soviet military center, and now produces enough electricity to power 600 households.

Power from the sun and wind is becoming more widespread. But energy storage devices are crucial in order to efficiently use such energy. Could the Tesla battery mark a new era for energy storage, in the home and beyond? (04.05.2015)

Despite the robust development of renewable energy resources in and around Feldheim, there was still a major roadblock to becoming entirely energy self-sufficient: Utility company E.ON refused to sell or lease its electrical grid to the village.

Feldheim responded by building its own parallel electrical grid and heating network, funded by Energiequelle, EU subsidies, capital loans and contributions of 3,000 euros ($3,266) from each villager.

The grid was switched on in late 2010 - the point in time from which Feldheim considers itself fully carbon-neutral - and since then, local energy prices have dropped by about a third.

The carbon-neutral moniker must be taken with a grain of salt: German law allowed only homeowners to buy into the electrical and heating grid. The few renters in Feldheim are still connected to the original grid, and receive their energy from the same mix of resources as nearly all German households.

But Thompson said the community was hopeful that the law would eventually change to include all residents of the village.

Feldheim is also currently installing a massive battery that can store enough electricity to power the village for two days. It's due to be switched on this fall. 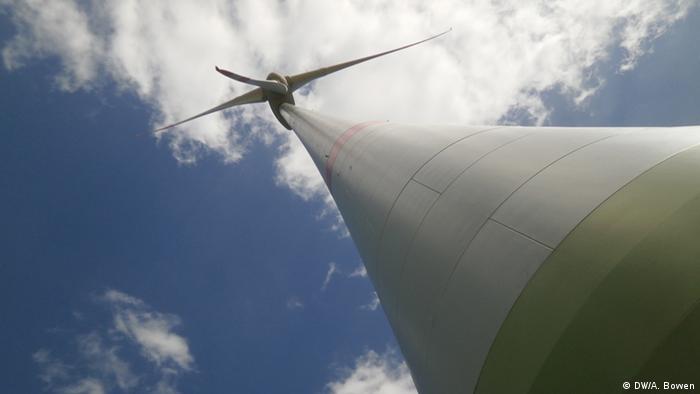 The immense amount of publicity given to Feldheim has made it something of a tourist destination. Residents say they have an average of about 3,000 visitors per year - many from Japan, where people are increasingly looking for alternative sources of energy after the Fukushima nuclear disaster.

Lyn Hovey, an Australian sustainability activist who recently took a tour of Feldheim, said she was particularly impressed by the villagers' ability to construct their own grid. Doing so in her hometown of Riddells Creek, Victoria, would be far more difficult - due to the town's size and the power of big energy companies.

"Climate change is something this generation has got to solve, and in Australia we cannot rely on government," she said. "It's up to the people. And so you've got to go and learn from where it's happened before."

Residents of Feldheim and those involved in its energy project recognize that it would indeed be difficult to replicate the village's success in other parts of the world. But Thompson said that while Feldheim has had plenty of good luck, the strength of the community spirit cannot be underestimated.

"It's so much easier to do things if everyone's pulling in the same direction."