A third of the food we produce throughout the world actually never gets eaten. We're talking about so-called post-harvest loss. It's a huge waste of resources, and stemming it could help eliminate hunger. 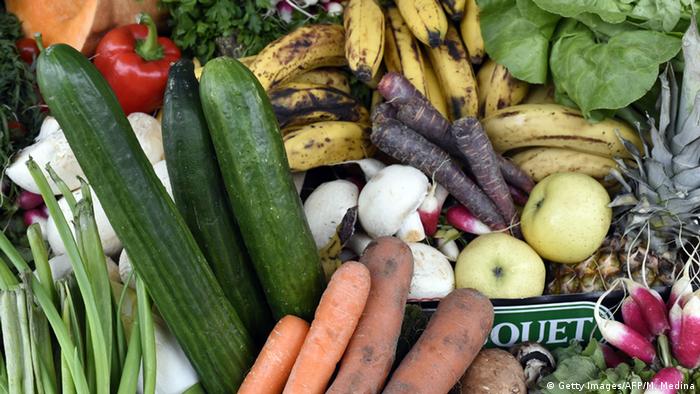 When it comes to feeding the world, the focus is usually on increasing food production but a vital point is often overlooked: how much of the food that is grown never reaches the plate. This so-called post-harvest loss has a profound impact, particularly in developing countries. A new $130-million (116-million-euro) initiative launched this year by the Rockefeller Foundation in Africa is working on ways to tackle the problem.

"In Africa, we face a lot of challenges with agriculture, particularly around food security," Mamadou Biteye, Managing Director for Africa at The Rockefeller Foundation told DW. "There is a general perception that Africa is facing a production gap but the reality is that Africa can feed itself." The problem, he concedes, is post-harvest loss.

A 2011 study commissioned by the Food and Agricultural Organization of the United Nations (FAO) concluded that one third of all food produced throughout the world for human consumption is lost. That amounts to 1.3 billion tons of food per year.

Whereas in many developed countries, the biggest problem associated with post-harvest loss is food going to waste, which could still be eaten, the problem in many poorer countries lies in the production process.

The situation is particularly bad when it comes to fruits and vegetables. In Africa, half of them never make it to the market. Overall, 40% of all staple foods go to waste. The reason is often inadequate storage in the places where the food plants are harvested.

Cassava, for example, a starchy tuberous root that is a major staple food in large parts of the developing world, spoils within 24 to 72 hours after harvest unless it is processed. Damage to food plants during processing or transport are additional problems.

"Post-harvest loss, has been an issue for decades but people did not take it very seriously," Prasanta Kalita, director of the ADM Institute for the Prevention of Postharvest Loss at the University of Illinois, told DW.

"Then, in 2011, the FAO published a study that said that by 2050 the world population would be close to 9.5 billion. By then, we will need a lot more food." That was a shock, Kalita says, and suddenly, the fact that a third of all food we produce today is lost or wasted became an important issue. 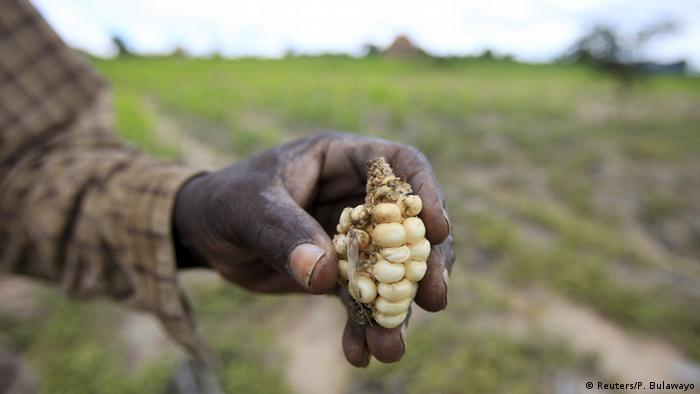 For many people in Africa, reducing food waste is absolutely crucial to survive

And there is more to the issue than just producing enough food for the world. On average, small farmers in developing countries lose as much as 15% of their income to post-harvest loss. This affects a staggering 500 million farmers. For many of them, losing 15% of their income can be the difference between providing for their families and going hungry.

Furthermore, there is the environmental impact. "About 25% of global fresh water and one-fifth of global farm land is used every year to grow crops that never get eaten," says Biteye. "Both water and arable land are scarce in many parts of the world and when we need more of both to feed the growing population it often means the destruction of ecosystems and the overall biodiversity in those places."

Not one problem but many

Given that reducing post-harvest loss would provide so many benefits, it may seem surprising that there hasn't been a sensational breakthrough in solving the problem. Part of the reason for that is that the focus has been elsewhere: "Most investments in agriculture go towards improving productivity," says Biteye. "Less than 5% goes towards post-harvest management." To make matters worse,
post-harvest loss isn't one problem, it's many.

There are several stages along the value chain where the losses can occur. The first is often during storage immediately following the harvest but the crops can also be damaged, contaminated or lost during processing, transport or storage at a later stage as well. Factors like humidity, temperature and pests, which are unique to a particular location, can be important factors as well.

Another huge problem is cost. A number of companies have developed innovative ways to dry food or store it in airtight containers. "But the farmers still can't afford them," Kalita says. That's why for Kalita, developing low-tech solution or taking existing local storage or drying techniques and improving them is an important part of reducing post-harvest loss.

He emphasizes education as well: "People need to know that post-harvest loss can be reduced, and even prevented, and there are the things that we can do. So when people see positive results, I think slowly, they'll join."

With $130 million, YieldWise is not a small endeavor, but Biteye concedes that it won't be enough to single-handedly solve the problem. "This is a catalytic investment in initially four value chains, which are representative of all crop categories," he explains.

"We are focusing on mango in Kenya, and tomato in northern Nigeria to demonstrate this model within the fruits and vegetables crop categories." Correspondingly, to find solutions for cereals and grains, they will look at maize production in Tanzania; for roots and tubers, they will investigate how cassava are grown in Nigeria and how post-harvest loss could be reduced there.

"The power of philanthropic dollars is that we can invest in innovation, in demonstrating what can work and what can't and then we think that other actors like the government or the private sector, who have a stake in this, will take up the solutions and take them to scale," Biteye says.

"And then, hopefully, these solutions can be applicable to other, similar value chains in other countries."

YieldWise's goals are ambitious: By 2030, the initiative aims to cut post-harvest loss by at least half.

Get an app to save food waste

Over 100 Kenyan tobacco farmers took part in a government-backed project to plant sustainable crops instead of the more usual tobacco plants. Their first harvest so far already yielded 135 tons of high-iron beans.