Feast for the eyes: Food photography on show in Berlin

Featuring works from Cindy Sherman, Wolfgang Tillmans, Nan Goldin and many more, a new exhibition at C/O Berlin, "Food for the Eyes. The Story of Food in Photography," celebrates the idea that we are what we eat.

Food is much more than the basic need for daily sustenance, giving credence to the saying that "we are what we eat." Daily meals also express human desires and fantasies, our cultural beliefs and social structures, our relationship to the land, and the animal world. It's no wonder that food has been a central theme in art, and indeed photography, throughout the ages.

Drawing from fine art, fashion photography, journalism and advertising, the exhibition is broken into sub-themes such as "Still Life," which asks how photographers have revived and reworked the original painting genre; "Around the Table," examining the ritual of food sharing and the way the practice reflects broader cultural values; while "Playing with Food" explores creative interpretations of sometimes quirky cuisines across broad cultures.

The "Sausage Photographs" (1979) by the Swiss artist duo Peter Fischli and David Weiss embody some of the more humorous works on show, with bizarre sausage characters dressed in cloaks made of ham and processed meat. The works is well-complemented by British photographer Martin Parr's image of cupcakes dressed as pigs, and which gives a twist to a British culinary cliché.

Meanwhile, photographs by Cindy Sherman and Martha Rosler reflect more seriously on the relationship between women and food, with the latter questioning the traditional place of the woman in the kitchen.

Read more: On the frontlines with women war photographers 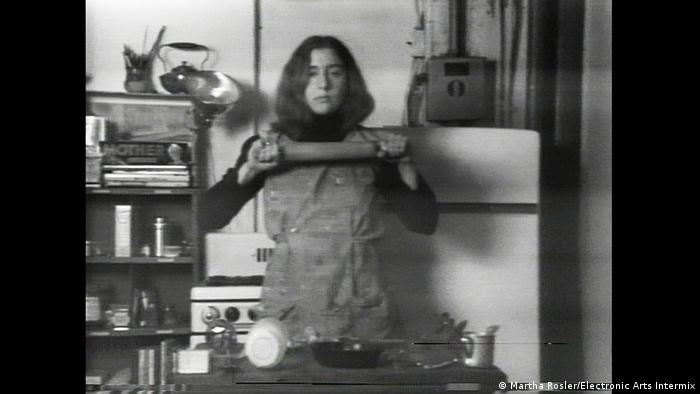 The exhibition includes a complementary program that aims to further play out the connections between art and cuisine.

For example, the monthly "Breakfast Club" combines a morning meal at the C/O Berlin café with a guided tour of the exhibition; while the lecture "Is it only food when you eat it?" by Dutch "eating designer" Marije Vogelzang ("What is the meaning of food? What functions, values, and traditions do we attribute to it today?") will be accompanied by her own "Food Massage" performance aiming to upend established conceptions of food and eating.

There will also be a cooking evening with artists from the exhibition, and a culinary summer cinema program.

"Food for the Eyes. The History of Food in Photography" runs June 8 through September 7 at C/O Berlin.

US magazines "Ebony" and "Jet" have influenced generations of black Americans. Former president Barack Obama is no exception. An exhibition in Berlin shows treasures from the archive of the magazine's publisher. (30.04.2019)

Using herself as model, American photographer Cindy Sherman critiques our contemporary views of identity and the role of women in society. She is being honored with the 2019 Max Beckmann Prize in Frankfurt. (12.02.2019)

'Food for the Eyes': The story of food in photography

An essential part of everyday life, Food is an often unheralded yet central motif in art, and especially photography. From Swiss artists Fischli and Weiss to Cindy Sherman, C/O Berlin celebrates feasts for the eyes. (07.06.2019)