Pakistan's government is pushing ahead with the construction of two nuclear power plants near Karachi. The reactors aim to ease the country's energy crisis, but those living in their shadow fear for their livelihoods. 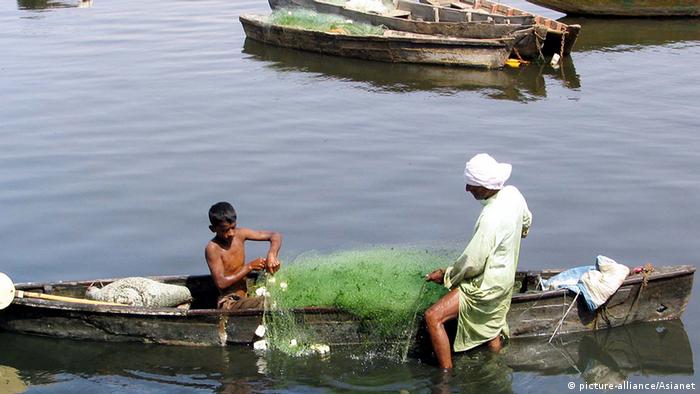 Abdul Rehman Goth is a centuries old fishing village just a short drive from Pakistan's financial hub, Karachi. A little way back from the shore, small homes made of concrete brick line the narrow streets. This sleepy coastal town is home to hundreds of fishermen who depend on the ocean for their livelihood.

For Abdul Rehman Goth locals like fisherman Ahmad Baloch, life starts and ends in the small village. The 75-year-old wears a white turban and long white robes. He's lived in the town for decades - long enough to see the old sailing boats replaced by modern electric ones, woolen nets by durable nylon and silk mesh. Now he's worried about how the new nuclear reactors could affect the local fishing industry.

"We are poor fishermen with relatively small ships, we remain near the shoreline and can't go after fish in the deep water," he told DW. "Now with the nuclear plants under construction near here, the marine security people do not allow us freedom of movement in the water. What are we going to do?"

The construction of KANUPP 2 and KANUPP 3 was approved in late 2013. Financial and technical aid needed to build the reactors will come from the China National Nuclear Cooperation, while local Pakistani authorities will take care of security.

Although the plants aren't yet operational, fears of a terrorist attack on the sites has led to massive safety precautions in the area. This includes security controls stretching out to sea where the local fisherman take their boats. 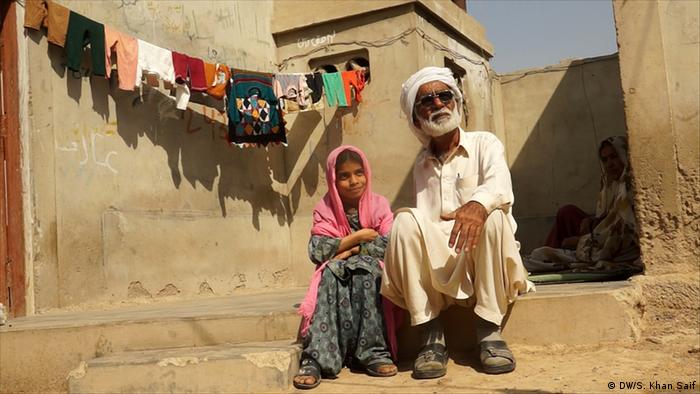 Fisherman Ahmad Baloch, pictured here with his granddaughter, is worried about the future of fishing in his village

Karachi is Pakistan's largest city - the country's main seaport and financial center. Business is booming, industry is getting mechanized and energy is in demand. In a bid to meet this growing need, the government has started investing in nuclear power.

Pakistan currently faces enormous electricity shortfalls to the tune of about 6000 megawatts. In some towns, this energy deficit has led to blackouts lasting up to 10 hours on an average day. In major cities the shortages have triggered protests and demonstrations, some of which have turned violent.

The two reactors under construction near Karachi are geared specifically towards servicing Karachi's electricity needs. But while many Pakistanis are angry about the energy crisis, not everyone thinks nuclear power is the right solution. Environmentalist Ali Arsalan argues the government should focus on conserving existing energy instead of launching new power-generating projects. 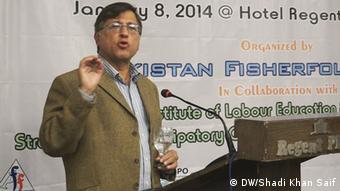 "On the national grid, at least 30 percent (of power) is lost because it travels over a thousand kilometres to Karachi," he said. "The distribution system is bad. Thirty percent! Imagine, if you could halve it, you (wouldn't) need any more production of electricity."

As part of an effort to improve the project's public image, the Pakistan Atomic Energy Commission recently invited the media to visit the Karachi complex. Project director Azfar Minhaj told journalists he was optimistic about the potential for nuclear power.

"No renewable energy source is proven to provide electricity with 100 percent efficiency throughout the year," he said. "They can only be cost effective if they can provide enough power for the peak demand of the area."

Worth the safety risk?

"Developed countries like Germany and Switzerland have decided to get rid of nuclear plants, but here in Pakistan, India, Saudi Arabia and Bangladesh, we want to develop nuclear plants quickly," he said. "With nuclear plants you can never ever be 100 percent sure that an accident isn't going to happen. We have a very clear example of this in Fukushima in Japan." 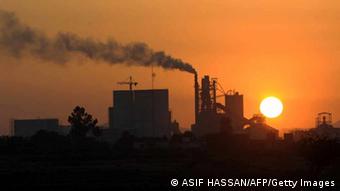 Another Pakistani physicist, Abdul Hameed Nayyar, has similar fears about the risk of a nuclear disaster in the future.

"When I asked the nuclear authority what would be their plan in case of any disaster at the plant they simply said that the houses in Karachi are made of concrete unlike the wooden houses near Fukushima, so we will ask people to stay indoors and no-one will be affected."

Despite the concerns raised, the project's director Azfar Minhaj insists the plants will be safe. “We will never release the water that cools the nuclear reactors outside from the plant," he said. "There are going to be so many barriers to ensure safety."

China has promised Pakistan a grant of $6.5 billion (about 4.7 billion euros) to fund the nuclear plants, and construction is already underway. Minhaj said he has confidence in China's energy credentials. 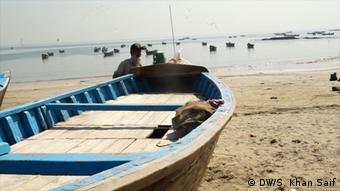 "It's unfair to say that China is a new player in nuclear technology and that it would be unwise to get a plant from them," he said. "They are an emerging power in this industry, and we [in Pakistan] are going to be responsible for quality and safety controls."

Back in the village of Abdul Rehman Goth, life must go on. Many of the local fishermen say they can't afford to worry about the possibility of a nuclear disaster on their doorstep.

A more immediate concern is the uncertain future of their local fishing industry once the nuclear power plants are up and running. The fisherman say they don't have the equipment to head further out to sea to cast their nets. They hope they'll be allowed to fish along the coast uninterrupted, like they've been doing for decades.

Despite security concerns, China is set to invest heavily in Pakistani infrastructure projects. Beijing is looking for new ways to import energy and support in its fight against terrorism. (11.07.2013)

Pakistan's two main secular opposition parties have announced that they will boycott the country's July 30 presidential election. The two parties claim that they haven't been given enough time to campaign. (26.07.2013)