Fear, power and oligarchs: a controversial filmmaker speaks out 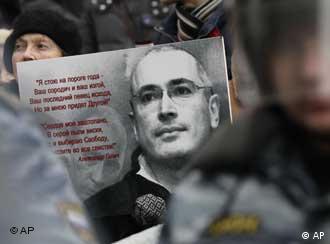 Khodorkovsky supporters have taken to the streets in his defense

Earlier this year, Cyril Tuschi's editing studio on the island of Bali was raided and footage from his new film was taken. In February, the final version of the film was stolen from the director's Berlin office, just a few days before it was due for its premiere at the Berlin International Film Festival. Tuschi says he and the police have no idea who is behind the raids.

Luckily, Tuschi had sent a nearly-finished copy of the film to the Festival just days before it was stolen. Deutsche Welle spoke with the filmmaker, whose family is of Russian origin, during the festival. He spoke about his controversial project, his mercurial subject, his relationship to Russia - and the topic of fear.

Deutsche Welle: What was the starting point of your film? How did you get the idea to make a movie about Khodorkovsky?

Cyril Tuschi: I first heard of Khodorkovsky in (the oil boom town) Khanty-Mansiysk. We were there at a festival which had been previously financed by Yukos. I heard that Khodorkovsky had taken on Putin and had been imprisoned. So I thought: I'll make a feature film about it. But once I looked into it more I realized that my own ideas weren't as dramatic as reality. Then I thought: I absolutely must make a documentary film.

The drama of Khodorkovsky's story interested me - a fall from the highest echelons to the very bottom. And then I realized that Khodorkovsky had already come from the bottom, so to speak, before he ever got to the top. He doesn't come from any rich nomenklatura family. He's from a relatively poor family; his father was a simple engineer. I found that much more interesting. I wanted to explore this person.

Has your opinion about Khodorkovsky, and Russia, changed much during these five years of work on the subject? What have you learned?

So much has changed and so often. I have seen so many facets of Khodorkovsky - from his role as a capitalist to a socialist. It is so multilayered. I tried to use the film to show how my own understanding of the situation has changed. I don't know if it succeeded, but the idea was to condense my five-year experience into one-and-a-half hours - to experience that ambivalence, that multilayered quality and also my irritation. 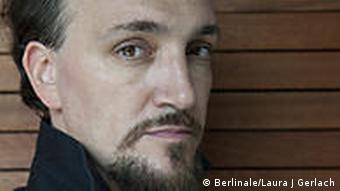 Director Cyril Tuschi says he has learned to love Russia

It's not so that people think "the author doesn't know what he wants because he is changing perspectives." It's because I think it is important to show that it's not always just one-sided. One person isn't always just a victim, or just an evil capitalist.

Who is Khodorkovsky? A pathetic character? A character that undergoes a major change? Something else?

He is a pathetic character, a character that undergoes major change, and a character on a mission. He is very sure of himself, and sure of his own rule in Russia, for Russia. He comes back to Russia, although everyone tells him not to come back. He acts illogically, although he is very logical. That's what I found most interesting.

What kind of reactions do you expect from viewers in Germany and in Russia? And what have you learned in making this film?

I expect them to formulate their own opinion on the matter. What I have learned from the film is this: Change is possible, no matter when it happens, nor how great it is. Change is really the indirect subject of this film. People can change - for the bad but also for the good. My realization was that people mustn't always remain the same.

I also had a negative experience. It is nothing bad about Russia, but about the Western countries that make it clear they are ready to accept anything, as long as it is good for business. They leave behind all questions of human rights. That was a tragic realization.

You say you sensed a lot of fear in Russia. Did that play a large role in your film?

Especially in the first year, when I could hardly get any interviews and when I knew so little about how Russia works, I was afraid. What you don't know, you fear. And I saw that certain basic values that are taken for granted in the West aren't necessarily expected in Russia. That was bothersome. 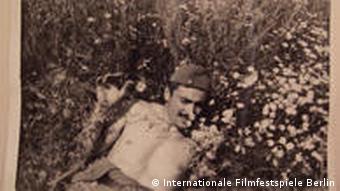 Can you explain what happened with the break-in? Do the police know anything?

No, there is no explanation. I want to forget about it. If I think about it, it makes me nervous.

Is your film more or less finished? What comes after the premiere?

I hope a broader discussion will begin, and I won't be in the middle of it - I can just watch. But I have so much material and so many sub-themes that I think I might upload a mini-Khodorkovsky movie every Sunday, in H-D quality, on topics that the film couldn't cover: Khodorkovsky and his relationship to his first earnings, to Komsomol (Russian Communist youth organization), to Judaism, to the Russian opposition, to Germany's role in Russia and to the Americans. I have sub-films on all of these. Or Khodorkovsky and the 90s - what happened there? I would like to put these online because it's important to me. They didn't fit into the main film.

Are you planning a trip to Russia anytime soon?

Everyone is telling me not to go there. Well, my mother told me not to go - but I just applied for a new year-long visa. I don't know. I would find it a shame not to go. I just learned to love the country, and then this happens, and if I can't go there, well, that would just be a shame.

The organization China Aid claims blind Chinese activist and dissident Chen Guangcheng was beaten by police for making a video about his life under house arrest. China Aid had made the video public earlier this week. (11.02.2011)

The German capital may be putting on the glitz for this year's Berlin International Film Festival, but it's staying authentic. What sets Berlin apart is its focus on social engagement - and new talent. (09.02.2011)