A German documentary about imprisoned Russian oil czar Mikhail Khodorkovsky is agitating even before its world debut at the Berlin International Film Festival. Thieves have twice stolen film material. 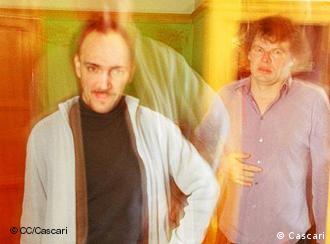 It sounds like something from a spy film. Just in the nick of time, Russian-German director Cyril Tuschi sent a not-quite-complete version of his film about Mikhail Khodorkovsky - once Russia's richest man - to the Berlin International Film Festival organizers. That is, right before his offices were ransacked.

On two recent occasions, thieves stole film material and computers - once on Bali a few weeks ago, where Tuschi was working on the final cut of his documentary entitled "Khodorkovsky," and a second time last week, from the director's Berlin offices. While the final version of the film was stolen, other valuables on site were left behind. 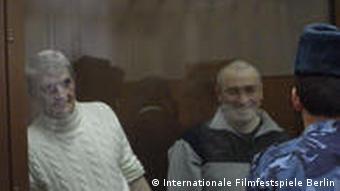 A scene from the film "Khodorkovsky"

In an interview with the daily Berliner Zeitung, Tuschi expressed his shock over the break-ins, and indicated that he moved house after the second burglary. He said it could be no coincidence that film material was stolen during the final stages of making the movie.

"Someone wants to scare me, and I have to admit, they've been successful," Tuschi told the daily Süddeutsche Zeitung. While authorities don't yet know who "they" are, the thieves seem to have a vested interest in preventing the film from being shown.

Tuschi conducted countless interviews in the past five years to unfurl the case of former oil magnate Mikhail Khodorkovsky, who was first arrested in 2003 on charges of embezzlement, fraud and tax evasion.

Khodorkovsky, who was once head of oil giant Yukos, has faced renewed trials grabbing global media attention. A December 2010 trial once again saw him convicted of embezzlement and money laundering. He faces imprisonment until 2017.

Khodorkovsky's lawyers have repeatedly argued that the charges against him are exaggerated, and implemented on the orders of senior Kremlin officials who have been miffed about the businessman's meddling in politics. In the past, Khodorkovsky provided funding to several of Russia's political parties, including the communists. He also ventured into the media, acquiring publishing rights for the respected Moskovskiye Novosti newspaper.

Interview with the defendant 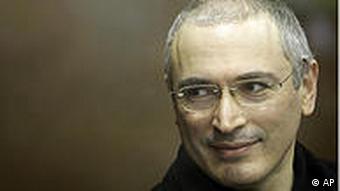 For the 111-minute documentary, director Tuschi spoke with both Khodorkovsky's mother and his son, who lives in the United States. He researched in several countries and talked to Khodorkovsky's friends as well as with Russian officials.

The biggest shock, however, has been that Tuschi managed to get an interview with Khodorkovsky himself, who is currently serving his prison term in Siberia. According to the Süddeutsche Zeitung, "it's been the only real interview with ex-oligarch in the past seven years."

Tuschi was in the courtroom during Khodorkovsky's second trial, and was able to conduct his interview with the oil tycoon following a talk by German Minister of Justice Sabine Leutheusser-Schnarrenberger with the prisoner.

The documentary will be premiered on Monday, February 14, as part of the Panorama section of the Berlin International Film Festival. Whether there will be protests remains to be seen. This past weekend, one Russian newspaper threatened there would be legal consequences for the people interviewed in the documentary.

"Khodorkovsky" is to be screened four times during the film festival, but presumably, that won't be the end of the story.

Imprisoned Russian billionaire Mikhail Khodorkovsky has become a symbol for critics of Russia's judicial system. Now his lawyers say he may face whole new charges to keep him behind bars. (14.01.2011)

Police in Russia have detained at least 120 opponents of the government who took part in authorized protests on New Year's Eve. The regularly scheduled rallies take place at the end of certain months. (01.01.2011)

Former Russian oligarch Mikhail Khodorkovsky, behind bars since 2003, will have to serve another six years after a trial widely seen as orchestrated by the Kremlin. Germany criticized the verdict as a setback for Russia. (30.12.2010)