Fear of Ebola returns to Uganda

The deadly Ebola virus that has killed 14 people in Uganda is spread through physical contact. There is currently no effective vaccine and the World Health Organization (WHO) warns the death toll may increase. 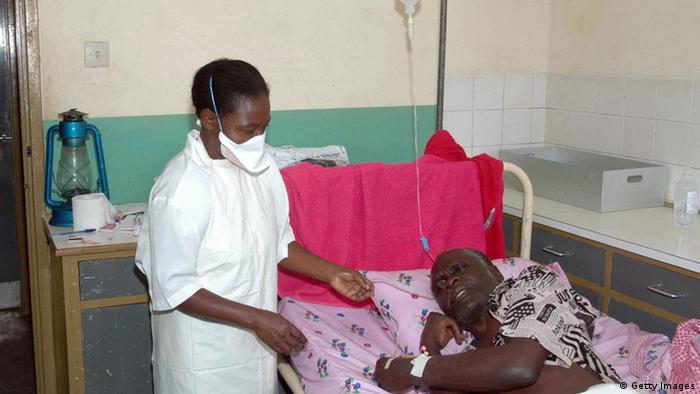 Six more patients are suspected to have caught the Ebola virus just days after investigators confirmed an outbreak of the highly infectious disease in western Uganda. 14 people have died of it in the last three weeks, including one patient in the capital Kampala. Since Ebola was first identified 36 years ago in what was then Zaire, now the DRC, 1200 people have died of the disease. For information about how to avoid becoming infected, DW talked to Tarik Jasarevic, a spokesman for the World Health Organisation in Geneva.

DW: Mr Jasarevic, what advice would you give to help people in Africa avoid catching the disease?

Tarik Jasarevic: This is an infectious disease and since it was discovered it has appeared in a number of tropical African countries. The disease itself is transmitted through contact with infected persons, sometimes by even just touching the skin, but more commonly by coming in contact with body fluids. Basically, the people we are talking about right now in the western part of Uganda, in the region of Kibale, should try to avoid contact with people who may be affected. But just to clarify one point, the one person that died in Kampala was transferred from the Kibale area. We have not seen any infection per se in Kampala. 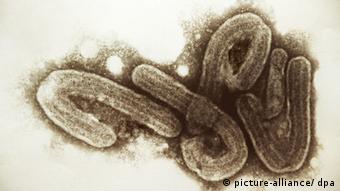 I should also mention that the incubation period is between two and twenty-one days. In the past we have seen that the outbreak usually had a local character because people get very sick very quickly and are not able to travel a lot.

It depends on the strain of the disease. We have five strains of Ebola virus and it can go from 25 per cent up to 90 per cent of mortality. The recorded number of fatalities is about 1,800.

Is a cure or a vaccine in sight?

Unfortunately not; there is no cure and there is no vaccine for Ebola. What we are doing in case management is basically to treat severely affected patients with existing medicines but there is no cure. However, there have been some tests showing some promising results for medicines, but for vaccines, not yet. The reason there is no cure yet is that there are other diseases like malaria and Aids for which we do not have medicine and cures and these are priorities for public health workers.

What should governments be doing to help contain this disease?

We are working closely with the Ministry of Health of Uganda as we do with any country that has this kind of event happening on their territory. There are basically several fields in which governments, with the support of rural health organizations and other health partners, can act to contain the disease.

Firstly, a case management making sure that people are properly admitted to hospital.. This is an infectious disease that should be properly managed in terms of protection. Health workers should be protected when touching the bodies of infected persons.

Secondly, tracing the relatives of those who have been in contact with infected people. It is very important to follow them closely to see if they, in turn, are infected so that this can properly be managed.

Then also, there is a lack of components. Samples have to be analysed, for example out of those suspected cases, four of them have been confirmed by a laboratory in the Uganda Virus Research Institute.

There is also a communication aspect; we need to inform the population in a proper way so there is no unnecessary panic but people know what they should be doing.

And there is also the logistic part, and this is where we are trying to be helpful right now, to provide the Ugandan Ministry of Health with the necessary personal protection equipment. We have already 600 sets of such equipment.

An Ebola outbreak has claimed the lives of 14 people in midwestern Uganda. Officials confirm speculation about a mysterious disease that has sent people fleeing from their homes in recent weeks. (29.07.2012)

Fighting malaria on all fronts

Although medication is very effective these days, many still die from malaria. A comprehensive strategy including medicine for the poor, pesticides, mosquito nets and education is the only way to fight the disease. (24.04.2012)