Police in the city of Duisburg have received complaints over an Identitarian movement sticker seen in one of their cars. The extremist group espouses a white nationalist ideology. 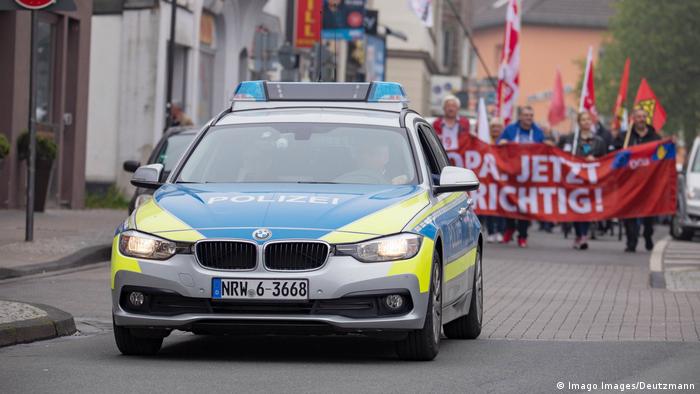 A sticker from the right-wing extremist Identitarian movement has been found in a patrol car used by police in the western German city of Duisburg, police officials said on Thursday.

The police were initially notified via social media of the presence of the sticker on the inner side of one of the vehicle's sun shields, they said. Investigators handed the offending sign to public prosecutors.

The sticker was apparently sighted during May Day demonstrations in the city on Wednesday.

The Identitarian movement is under observation by Germany's domestic intelligence agency, which sees it as a group based on a political concept that "is fundamentally opposed to human rights and pluralist democracy."

Herbert Reul, the interior minister of the state of North Rhine-Westphalia, where Duisburg is located, voiced outrage at the finding of the sticker, which read "Defend yourself; it is your country" and bore the name of the movement along with a web address.

"Something like that has no place in a police car," he told the newsmagazine Der Spiegel.

"Racist ideologies have no place in the ranks of the police and will not be tolerated under any circumstances."

She said that the affair would be investigated thoroughly and that disciplinary measures would be employed if necessary. 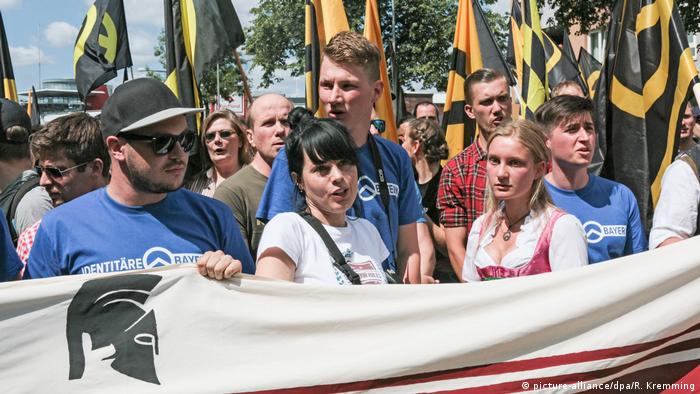 Identitarians say they are just patriots, but they are known for their racist views

It is not the first time members of the German police have been suspected of harboring far-right sentiments.

In one instance, police in the eastern state of Thuringia faced criticism in 2016 after a copy of a right-wing magazine was seen prominently displayed in the windshield of a police van ahead of a rally for the far-right Alternative for Germany (AfD) party.