Members of Germany's far-right populist AfD visited Syria to prove that the country is a "safe country of origin" for migrants. They also aim to increase economic ties between Germany and the war-torn country. 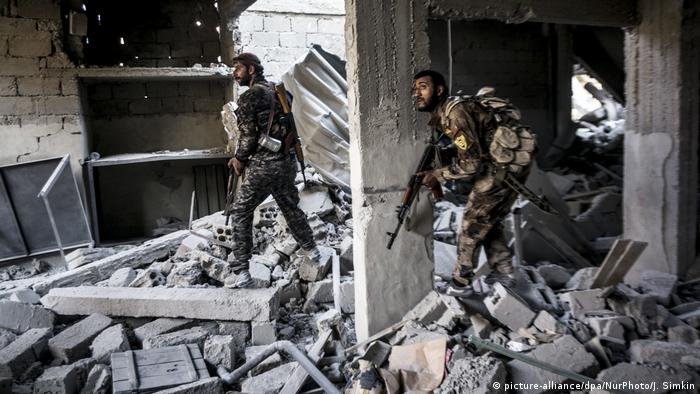 Members of Germany's far-right populist party Alternative for Germany (AfD) met with representatives of the Syrian government in Damascus on Friday. The meeting took place as part of a visit by the anti-immigration party to prove that Syria is a "safe country of origin" for migrants to be sent back to.

The AfD said in a statement that their goal for the trip was to "assess concretely the situation in Syria in person as well as to have a dialogue over the situation surrounding the Syrian people and the current state of the peace process."

The party, which has been described as anti-Islam, has long pushed for the deportation of Syrians currently living in Germany.

Friday's meeting also touched on a potential economic partnership between Germany and Syria. The AfD delegation had talks with the Syrian tourism, finance and foreign ministers who serve under President Bashar Assad, according to the DPA news agency.

Senior AfD politician Steffen Kotre tweeted a link to a video saying that his party wants to send 70,000 refugees back to Syria and end sanctions against Assad's government.

Deaths and injuries are still reported on a daily basis in the war-torn country. Recent military action by Turkey in north-eastern Syria has led to civilian deaths.

Infrastructure remains poor across the country with many destroyed buildings and disseminated services.

Most of the information about the lawmakers' visit has come through the AfD's own channels, and German broadcaster ARD reported that coverage of their visit is being given exclusively to Russian state TV channel RT.

The delegation also visited the national museum and the old town of Damascus, accompanied by senior members of the Assad regime.

The visit is the second time that AfD members have traveled to Syrian to show that the country was safe for "remigration." A 2018 visit was heavily criticized by most other political parties in the German parliament.