A year ago the Iraqi town of Fallujah - captured by IS in 2014 - was liberated. When Judit Neurink visited the town, she found the scars of occupation still prevalent. 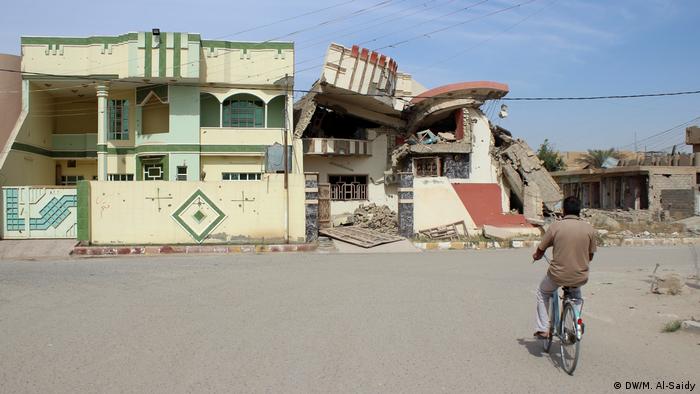 The scenes in the town are depressing. Dead bodies are still being found under the rubble of destroyed buildings. And at least once a week, injured children are being brought into the only partly operational hospital after playing with or stepping on explosives left behind by the "Islamic State" (IS).

"Only about half of the town has been cleared," Hamid Abud Fahd, assistant director of a local health center, told DW. "The government has no money, but the rest needs to be cleared urgently, and the city has to be rebuilt."

Only those who can afford it have left the camps around the city, where thousands of Fallujah's inhabitants still live a year on, to rebuild or repair their homes. And even if the government has started paying its civil servants again, there's no money on its way from Baghdad to help rebuild the many government buildings that have been destroyed. Rebuilding Fallujah one small step at a time

Since last summer, many people in Fallujah have been suffering from a skin rash that Abud links mainly to the environment, which was severely polluted by the munitions used in the fighting, but also to stress and concerns about their safety. Fallujah has already experienced more than its fair share of major health problems, with a high incidence of cancer and deformed births caused by the explosives the Americans used against al Qaeda after the 2003 invasion.

Even the guard outside the Fallujah hospital admits to not "feeling 100 percent safe," especially with all the mines that are still out there.

But safety is about more than just mines. It's still about IS, or Daesh as the group is called locally, and the belief that their supporters are still around. Off the record, people say they don't have much faith in the screenings that are supposed to weed out any remaining IS supporters. Sometimes, perpetrators are simply not listed in the security forces' computers, and sometimes they have such common names - due to the Iraqi custom of adding the father's and grandfather's name to a family name - that it is not clear who they are.

Many here consider the families of IS members a threat, too, which is why they are banned from the city - no one with a husband, father, brother or son working with the group is allowed in. The relatives have either been moved to nearby Amiriyah, or are trying to blend in among the civilians who fled to camps just outside the town during the fighting last year.

"The government has no clue how to deal with this problem," Jamal Naj, a teacher at Qawarisni Boy's school in Fallujah, told DW. Like others who do not want to speak out on the record, he thinks this is dangerous. Many of the children were badly brainwashed, while the frustration of being isolated and neglected could lead to new radicalizations. "We need to set up a special center to rebuild their morale and cut their relationship with Daesh. Otherwise they will be the new Daesh of the future." 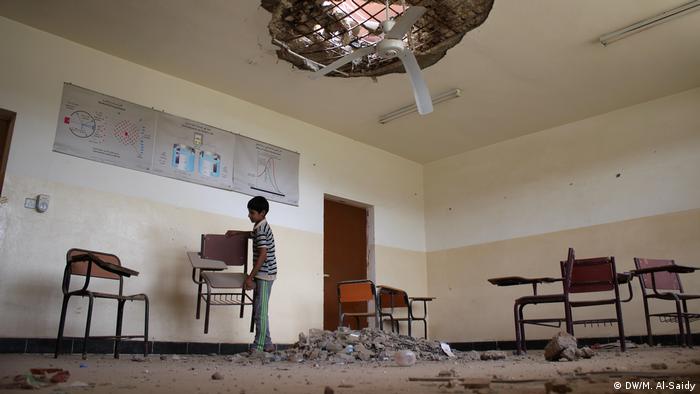 Trust hard to come by

This is also why the Organization for Mothers & Orphans in the town center has been supporting widows and their children who lost husbands and fathers during the battles between al Qaeda and US forces. They point to the dangers associated with treating the IS families like this, irrespective of their personal ties to the group. "What's the point of isolating parents whose son joined Daesh against their will?," says assistant director Juneid Khasi Naami.

This is not an opinion shared by the Shiite security forces, who tend to view all Sunnis as IS supporters and consider their families guilty by association, without the need for the courts to corroborate this belief.

And yet these same security forces allow some members of these families to return. "They simply buy the document that says they are civilians who can be trusted. I know people in the current local government who had a son or brother with Daesh. This is their money talking," says Abdeljabar Hussein, who sits on the board of the organization

It is said that some IS members have been able to buy their freedom for just $500 (446 euros), and that government connections can help get you deleted from the security service database.

It is widely believed in Fallujah that members of the Shiite militias who stayed on in the town after liberation to safeguard security are corrupt. "Some of those who were with Daesh are even working with Badr [one of the leading Iraqi Shiite groups - the ed.] now," Hussein told DW. "They have weapons, they are part of the government. So who can you trust?" 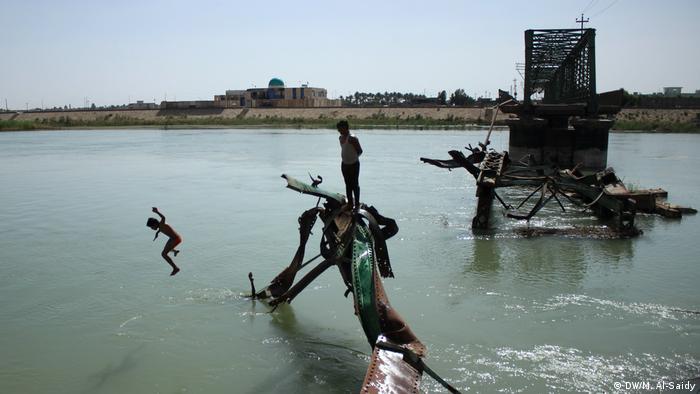 That distrust seems to focus even more on the militias than it does on the IS families. "Some members of the security forces do the same things Daesh did. They damage houses, then take them to live in. What Daesh did was a crime against humanity. If Fallujah is to have a future, this cannot go on," said Hussein.

There are many complaints against the militias. Jamal Naj recounts the arrest of someone he knows at one of the checkpoints outside town. "It was only because his family is well acquainted with the government that they were able to find him in the secret prison they were keeping him in. They had to pay $10,000 for his release. This is a mafia."

Feeding into the negative and bitter view many in Fallujah have of the militias is the fact that the nearly 700 men they arrested during the liberation a year ago are still missing. "My brother and two of my cousins were taken. Not one of them has been found since," Kifah Mehemid Nuwaf, the head of the boy's school, told DW. He and his teachers believe they must have been murdered. "This is a new time bomb ticking in Fallujah."

But it's not just IS and the militias. Mehemid says the issue of trust runs both ways. "Because we do not trust the government, either." After the 2003 invasion, the Sunnis lost power to the Shiite majority, and the Sunni minority has been complaining about state discrimination for years now. "The government only looks after its own interests. We still don't have services like electricity and water here. But, look, that's how it all started in the past. That's exactly why we were so vulnerable here to al Qaeda and IS in the first place."