Stopfake.org is a fact-checking website that uncovers news containing false information on Ukraine. DW spoke with its co-founder, Margot Gontar, about fact-checking and the danger of fake news. 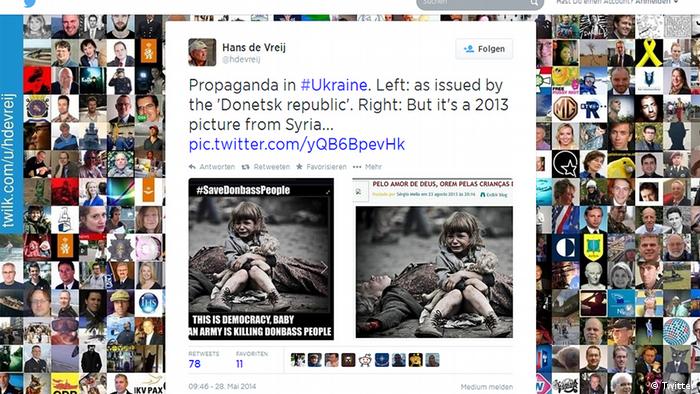 Margo Gontar is the co-founder of Stopfake.org– a fact-checking website that was launched in March to check facts, verify information and refute false news about the events in Ukraine in the media. The service is staffed by volunteers.

DW: How do I go about determining whether news is fabricated?

Margo Gontar: You can submit it via a form that we have on the site. Or you can use our mail to send us information that bothers you. And so we later get to that and work with that.

What kind of people are sending in requests?

Mostly, they are just readers – regular people who are on the site. And they sometimes see news that bothers them, then they send it to us (…) Sometimes, they send something that they think can help debunk this (Eds: the fake news).

And when you get that information, do you ask people on Facebook or Twitter whether they think it's true?

Yes, sometimes we do that. There have been a few times when we weren't sure about the news. I don't think I remember what that was, but (…) we asked our friends (Eds: on Facebook) to check if something was true. But mostly we do that on our own. 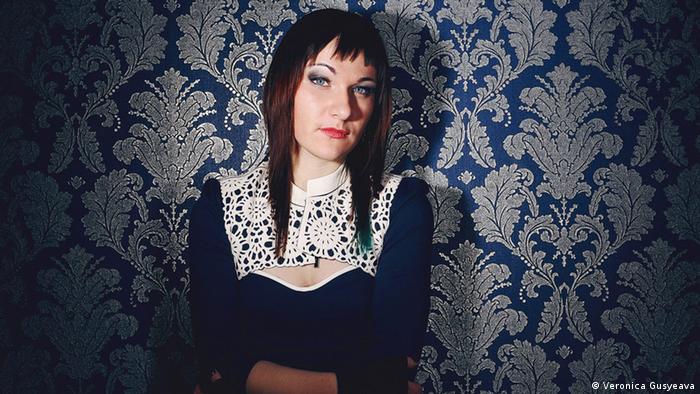 Do you have specific tools that you use for verification purposes?

Mostly calling, phoning people and the Internet. And speaking of concrete tools, it's just some possibilities Google has – tools to search for pictures for example, or something like who stole my picture, in addition to Google. When it comes to videos, it tends to be more complicated. It's just looking for some information on the Internet and talking to some people.

Is there a trend when it comes to the origin of the manipulated videos and images?

Some of the videos are true, but they are not connected with the event people try to connect them with, like photos of children from Syria, or videos from Syria that are presented as events from Donbas (…) They are mostly in social networks and it's hard to find the true source.

So, basically, it's hard to say whether these images are coming from Ukraine, eastern Ukraine, or Russia?

If we are speaking about this concrete situation with real videos that are presented as other events, yes, a lot of them have no concrete channel or media them. But if we are talking about the constructed videos, it's hard to say. During the recent events, a lot of these photos and videos were spread on social media, but if you dig deeper, you can find the concrete leader behind it. 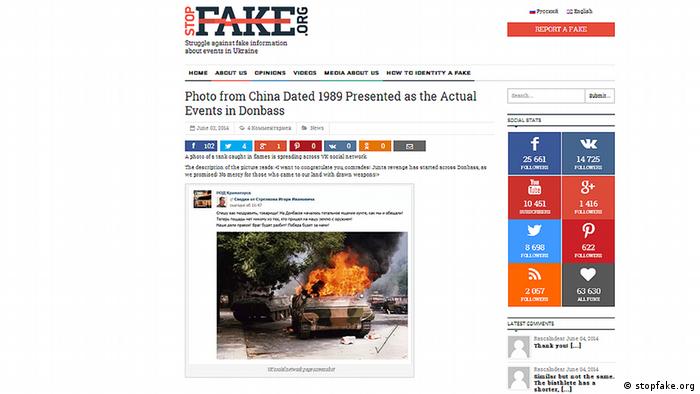 And in terms of Western news sites, have any of them put out fake information?

Yes, we have "The Guardian," which put out an article based on fake information. John Pilger based his article on statements from a Doctor Rozovskii. This Doctor Rozovskii claims pro-Ukrainian people didn't let him save people who were wounded (Eds: in clashes between pro-Ukrainians and pro-Russians in eastern Ukraine last month). The problem was that there is no such Doctor Rozovskii with the photo they presented him with from Facebook. It shows this account was made during the events. And it was fake because the person whose photo they used was another person from Russia, with another name. So all these statements were staged, but "The Guardian" used it.

And did you inform "The Guardian" that they had used a person who didn't exist?

No, I was just wondering if"The Guardian" has reacted to that because you expose the fakes. But do you contact the media that have the fake information to tell them "by the way guys, you have the wrong information?" 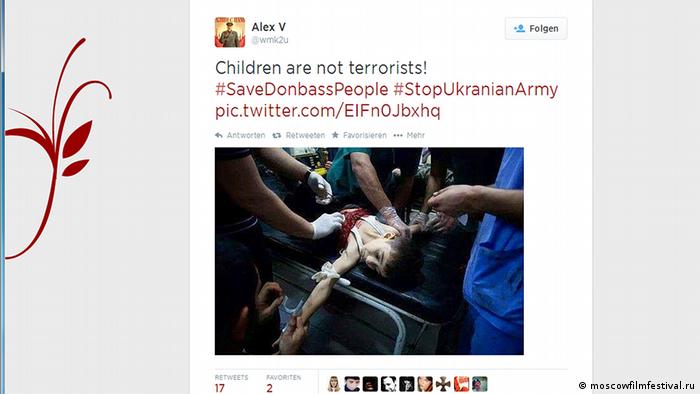 This image was actually taken in Aleppo, Syria

And what's the most shocking example of fake news that you've seen so far?

After all the events you can hardly be shocked by anything. This is why it is hard for me to answer the question about the shocking news. But stories like the one about Rozovskii kind of bother me because the people creating them don't think about the future life of the person they used for creating their reality…Or also this news about the children. We had a bunch of photos with different children depicting children crying, dying or wounded (...) and people claimed (Eds: Ukrainian) national soldiers had done that, but some of these photos are from Syria and from films. And they are not connected with events in eastern Ukraine. But these kinds of graphic images, they turn on the emotions, and they are the most dangerous thing because they can make people very angry with the National Guard, with Ukraine. This makes me angry because you can't stop the spreading of the news. And it works very well because you see the dying children, and you want to say that the people that caused that are evil.

Why is it so important to reveal fake news? What do you hope to achieve by doing so?

Fake information in the situation we have now (Eds: in Ukraine) can ruin lives and construct another reality and change the lives of people and nations. It is what the fake news we deal with aims to do. Debunking the fake information can lead to saving lives and opening the minds of people who previously believed that the media is telling the truth.

Who is funding you? Are you receiving any funding from an organization?

We are independent (...), so we have the donate button on our site and we have the possibility for people to support our activity, but it's not concrete financing by some person or organization.

Stopfake.org won the People's Choice Award for Russian in the 2014 The Bobs - DW's award for the best of online activism.

DW's coverage of the Ukraine crisis